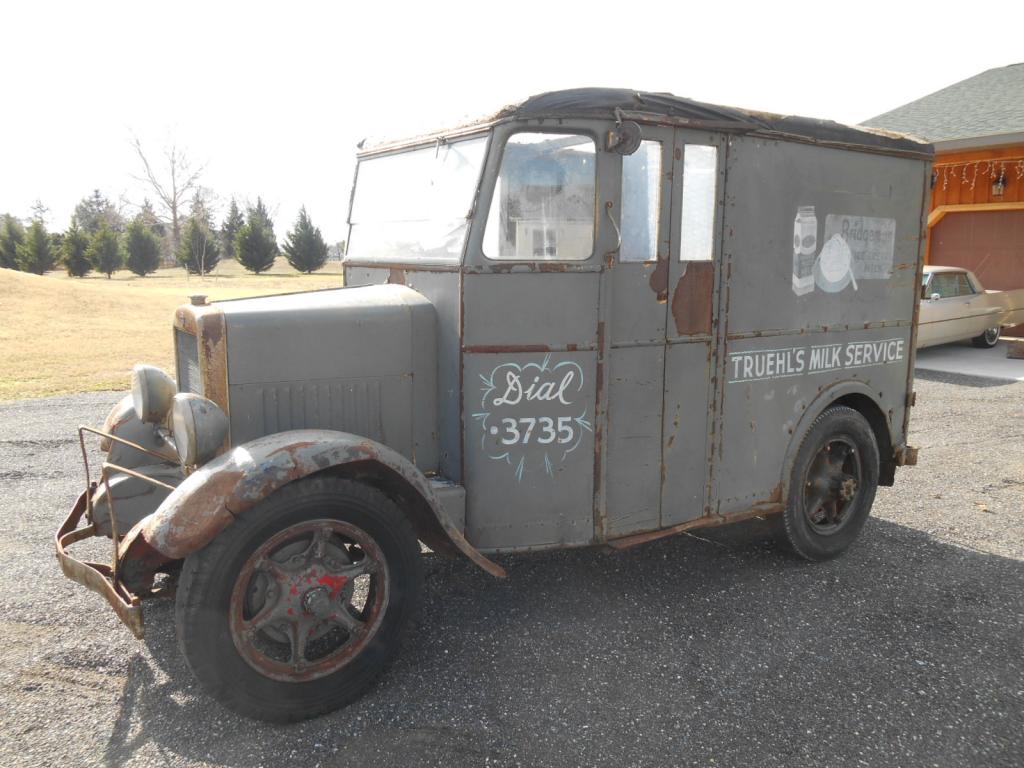 Now THIS is a totally freaking awesome eBay find! One of nine such DIVCO trucks built in 1936, it is a rare glimpse at what the delivery guys of the day were banging around in. The truck is very basic but appears to be ruggedly built and since it was stored inside since it was put out to pasture (get it? milk truck? pasture?) many decades ago it is in pretty remarkable shape. The original engine is in the truck and according to the seller it turns freely so the mill should run without too much work. The engine is an old Continental C400 which probably makes 20-40hp if we had to guess. It is very similar to an engine we had in a tractor several years ago and they are tough little numbers.

Everyone knows the DIVCO name but do you know what it stood for? Detroit Industrial Vehicle Company. Now you know.

The truck is amazingly intact and free of major damage as best we can tell. Over the years it looks like some of the wooden floorboards were removed from the area where the driver stood and drove from but the floors in the rest of the truck are in great shape as are the racks where milk and dairy products would be stored. This truck is known as an SF truck because it was optioned with side folding doors on both sides of the truck. This was probably an expensive add on but it made life easier for the driver because he could grab what he needed and jump out of the truck to make his drop with a straight shot at the target.

The ancient lettering on the side is great, the old wheels look fantastic, and the multiple levers coming through the floor are BangShift dreamy goodness. According to the ad, before this truck was discovered, five of these were known to exist. Adding this one means six, which is absolutely incredible when you think about how these machines were used day in and day out as work trucks and probably used until they were so tired and old they were put aside. Normally that means certain death at the scrapper, but for whatever reason the fates have shined on these trucks and the majority of them are still around.

We’d be completely remiss if we failed to mention the gravity feed GAS TANK INSIDE THE CAB of the truck! Boy that piece of metal strapping holding it in sure looks like it would survive any sort of impact, right? Hey, it has been in this truck for more than 70 years and never given it a problem so it couldn’t have been all bad, right? One of those things that is fine until it isn’t. If we got our hands on this thing we’d leave that tank there for authenticity purposes but mount small tank down under the floor with a low pressure pump feeding the carb. We’d go through the brakes and basically not touch the outside. Some padding on those racks would make for bench seats and off toe the cruise nights we would go! This truck rules and we hope someone buys it and cherishes it like we would.

SCROLL DOWN TO SEE A TON OF PHOTOS AND THE EBAY AD LINK FOR THIS 1936 DIVCO MILK TRUCK! 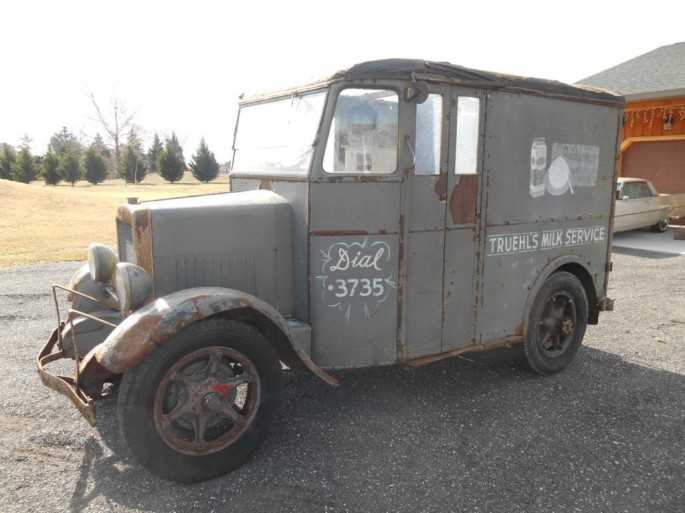 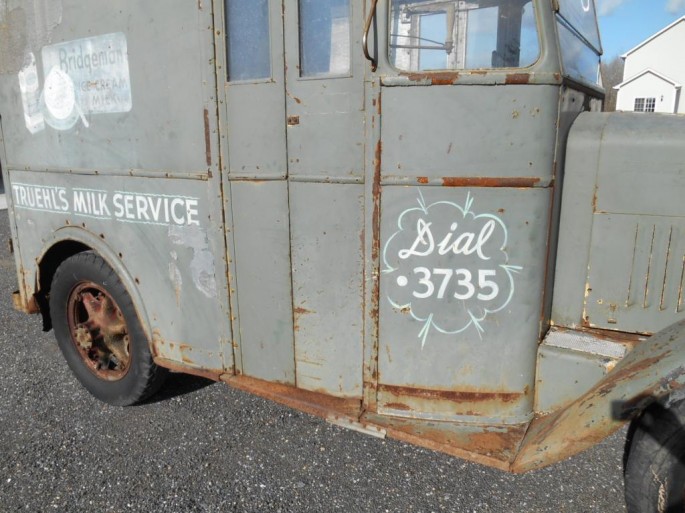 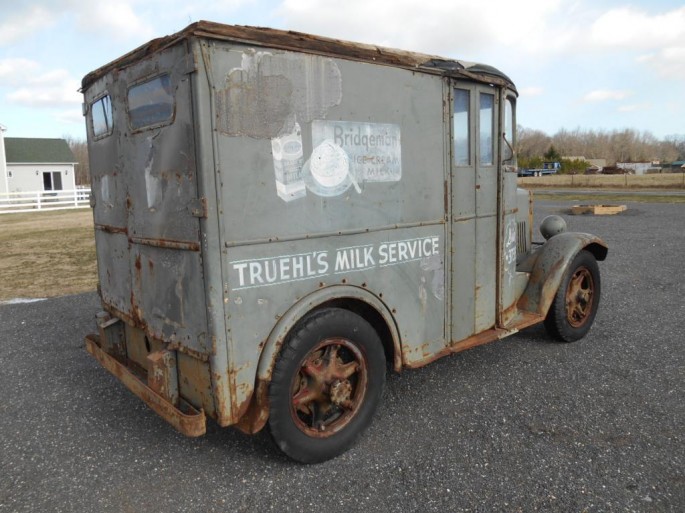 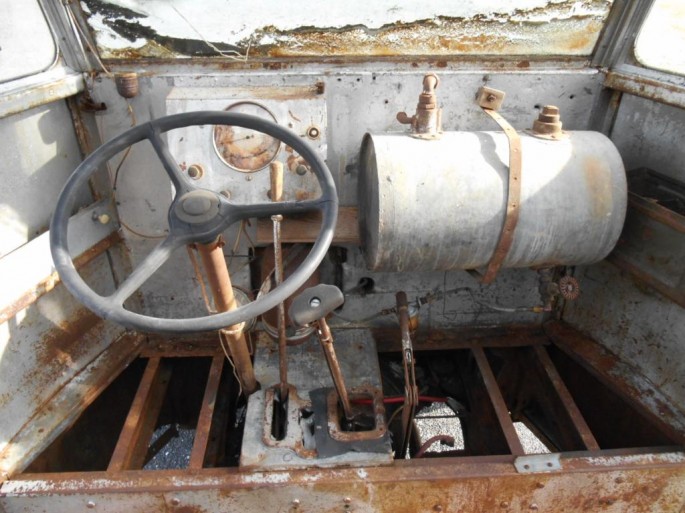 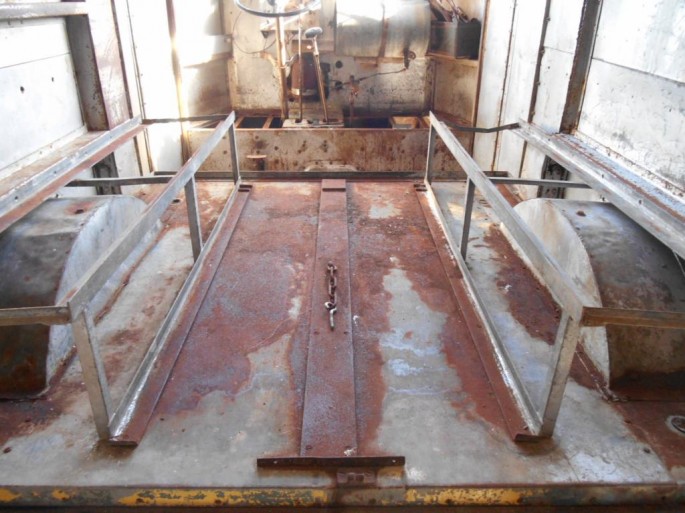 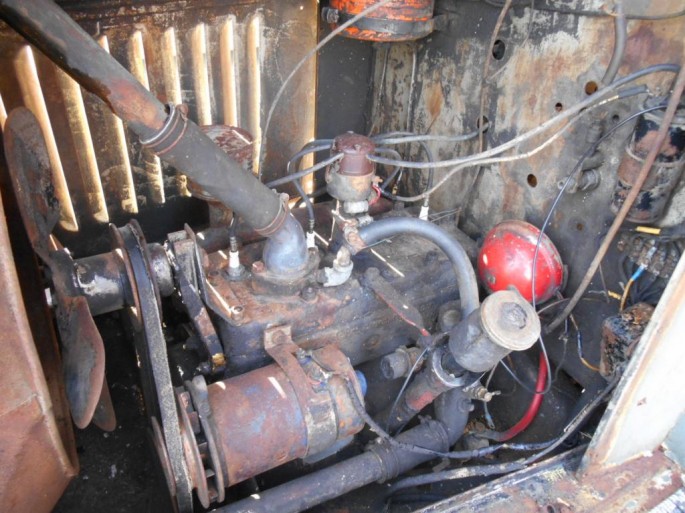 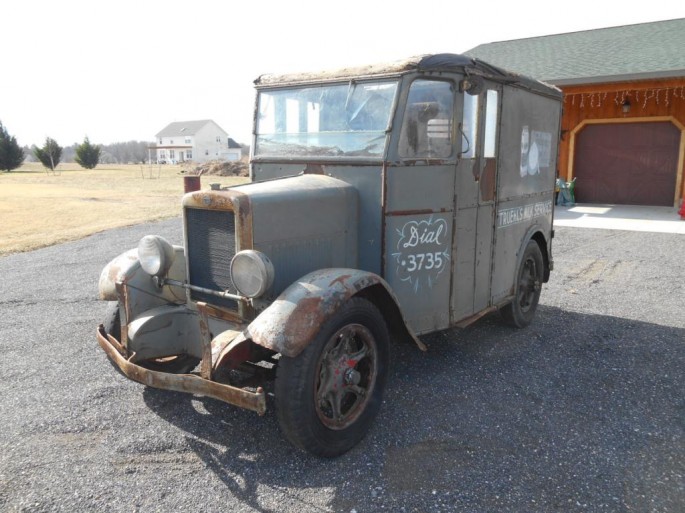