Family Sport: This Look Into the Build Of A Hardcore Demolition Derby Car Is Fantastic 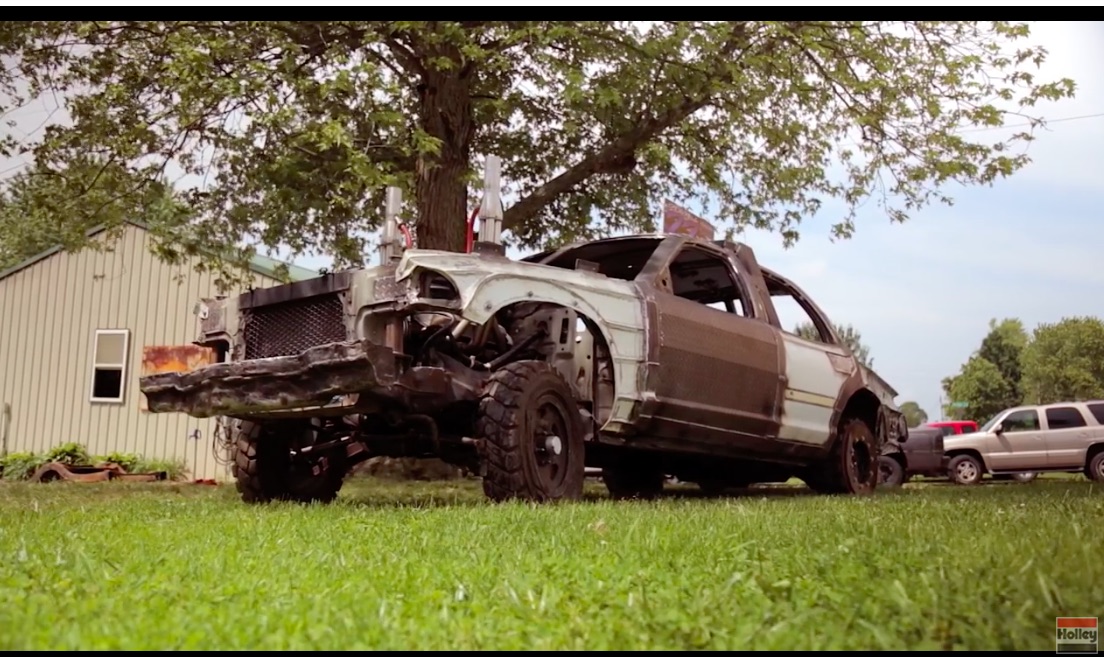 When many people think about demolition derby cars they think of a ratty old station wagon bought out of someone;s driveway for $50 and then sent to its doom with a bunch of impacts in a bullring at a state fair. While that is a large part of the demolition derby culture, there’s a totally different wrung on the competition ladder and that’s what this video shows us. We learn about two things in this video. Firstly we learn about Logan Duvall the young guy who owns the battle hardened Crown Victoria we see being built. He’s a welder for Flowtech and also a guy who came up with and is perfecting a line of pulling and demo derby headers for the company.

The second thing we learn about is the Crown Victoria that we just mentioned that is so far beyond what the average person thinks a demolition derby car is, it’s insane. This is professional level stuff. There’s a built small block, a fuel system that’s plumbed with Earl’s stuff and fed by a Holley pump, chassis modifications galore, forklift solid rubber tires that are mounted to the wheels with some sort of full-armageddon beadlock setup, and rear end housing that looks like it cold survive a direct shot from an Abrams tank. This thing is less a car and more a study in how to build something that it literally indestructible.

The closing scene of the video shows us a passenger’s eye view of Logan at work in the demo derby ring. The car sounds amazing and is clearly making a bunch of horsepower and it lives in upper reaches of the rev range. This is one mean car and we think it is awesome that Logan and his family are as involved as demo derby as they are. We think anyone who invests their time and money into motorsports, no matter the genre deserves our respect and these guys sure have it! 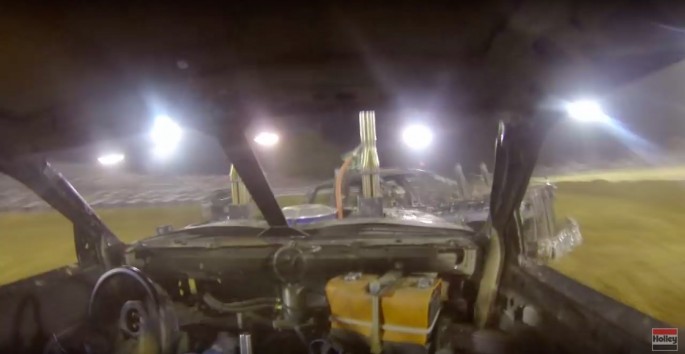 Hilarious Violence Video: Watch Some Dudes Rip The Engine Out Of A VW...And The Entire Front End Of The Car! BangShift Tune-Up: "Dragula" By Rob Zombie (1998)

3 thoughts on “Family Sport: This Look Into the Build Of A Hardcore Demolition Derby Car Is Fantastic”