Question of The Day: Are Generation One Broncos The Most Stupidly Priced Old Cars On Earth? 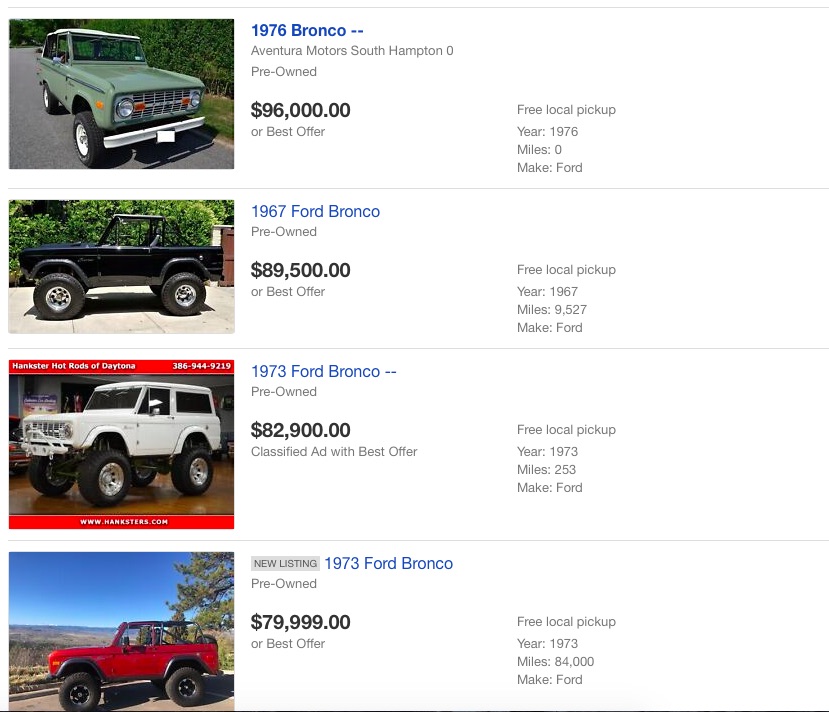 So last year we moved. I sold my stuff as I have documented here before. I decided to clean out the stable so I could grab something new when we were settled into the digs we bought. The good news is that we’re settled in and I am actively hunting around for something cool to have to mess around with an enjoy. I’m an automotive schizophrenic so there’s been no rhyme or reason to my search.

I have considered everything from Ford Galaxies to Firebird Firehawks. I’ve looked at stuff, scoffed at stuff, called on stuff, and nearly bought stuff. All of this hunting has brought me to a couple of conclusions but there’s only one I want to bring up as part of today’s Question of the Day.

There are some styles of cars that seem to carry more financial weight than others. Limited edition models, stuff with rare factory options, stuff that has been restored to virtual perfection on every level. And then there are generation one Ford Broncos. What the hell ever happened to make these things more valuable than gold dipped in platinum? Oh wait! I know! They are coveted by the rich guys and as such the sellers jack the prices, people see the sale numbers and we’re off to the financial races. 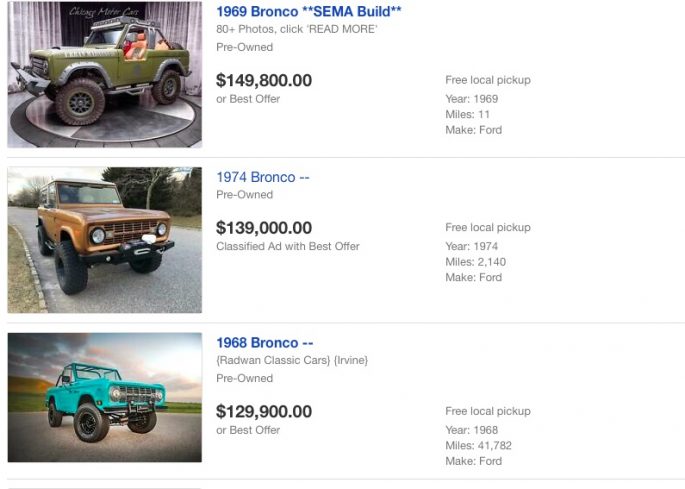 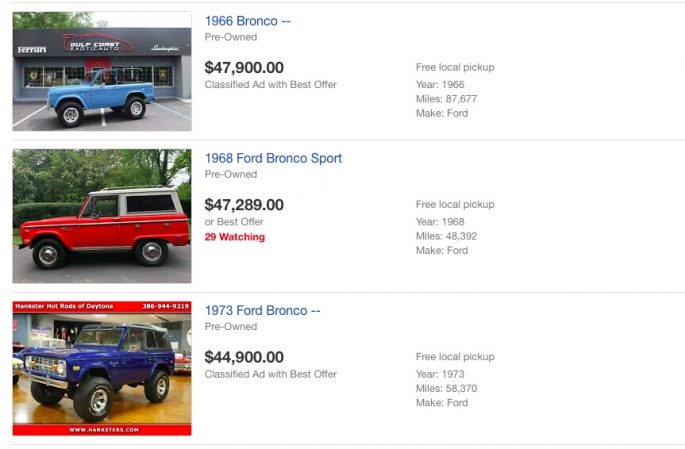 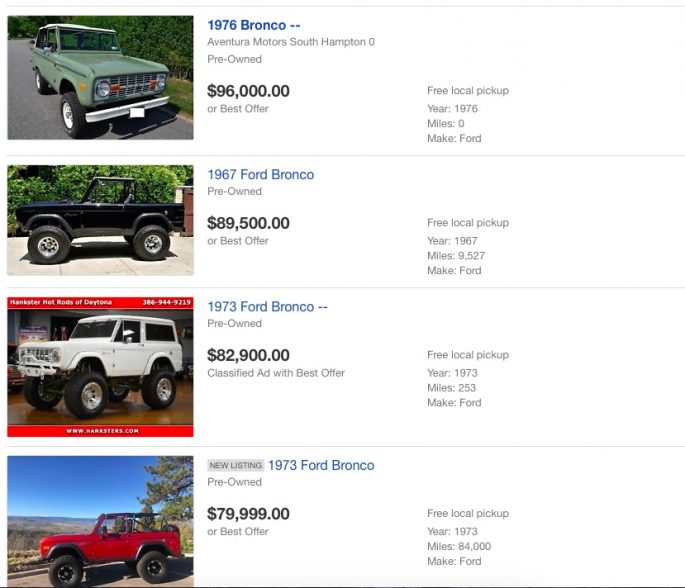 Epic Video: Watch Don Rickles Roast Evel Knievel In The 1970s! (Those Easily Offended...skip it) Old School Hustle: Ride on This 1978 KZ1000 For A Top Speed Test On A Florida Runway

16 thoughts on “Question of The Day: Are Generation One Broncos The Most Stupidly Priced Old Cars On Earth?”