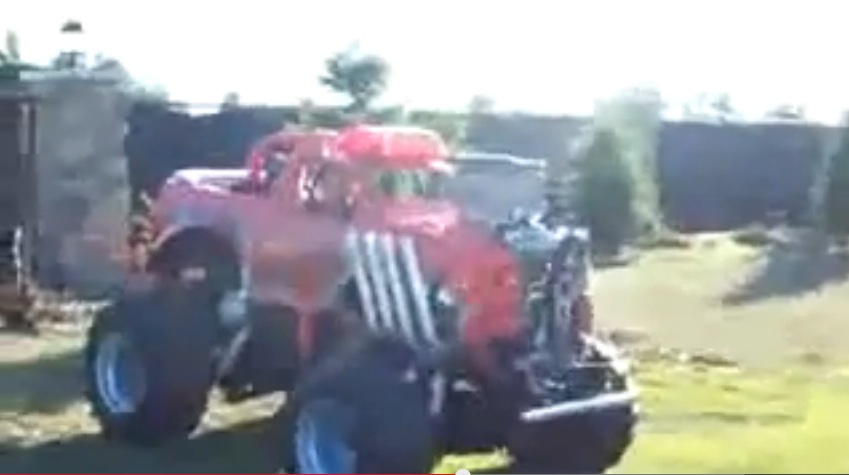 If there was a record for the most favorable power to weight ratio, we’re thinking that the creation in the video below certainly qualifies. We’re talking about a miniature monster truck, complete with four wheel steering, that’s powered by a supercharged big block Chevy engine. We’d mention that the engine was topped with a custom intake manifold and THREE Predator carbs but that would be too much for the normal human brain to process. We have no idea what the point of this thing is other than to have a riot every time it is running but we love the fact that it is fully functional and ready for abuse. Jumping the thing would probably end badly because the 700lb lump in the front would have this truck landing with roughly the same trajectory as a lawn dart, but in a mud pit or some other environment, this machine would be riotous.

Does anyone know anything about this creation? We’d love to find out what’s going on with it now. The video is a couple of years old and we’d love an update!