Guy Drives $75 Dollar Truck To Work For 38 Years, Right Up To The Day He Retires – BangShifty Hero! 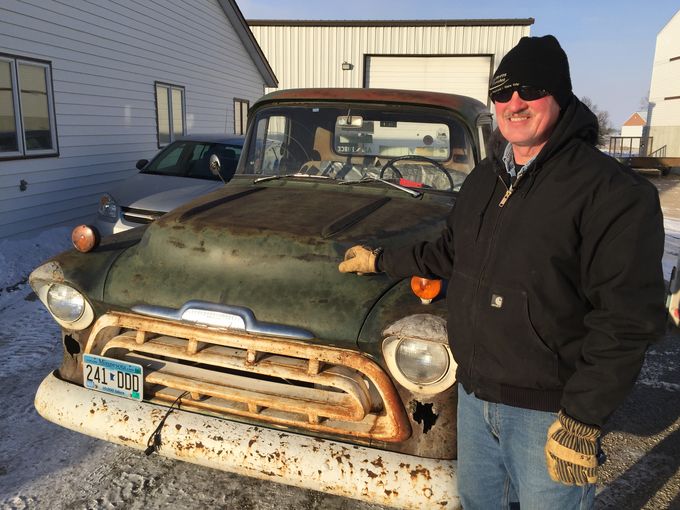 As a 20 something year old kid, Minnesota resident Bob Sportel needed a truck to get to work but he had a pretty tight budget. After seeing an old farmer come to his place of employment in a rusty 1957 Chevy pickup, he engaged in rigorous negotiations and ended up buying the thing for the princely sum of $75.00. The plan Bob had in his head was to drive the truck to and and from work for a couple of years tops and then upgrade to something else. 38 years later, Bob drove the truck across town to his job for the last time as he had every work day for nearly four decades before. The only difference was that on this day, Bob was retiring and making the trip for the last time.

Make no mistake, the truck is tired. There’s gobs of bondo holding the front headlight in, there’s rust holes all over the place, screws holding the fenders on, and duct tape on the seat to close holes where the original fabric wore through. All that said, this truck rules. No radio, apparently no heat, an inline sixer engine that sounds great, manual transmission on the tree, and character for days, this truck was clearly one that the old farmer spec’d out new from the local Chevy dealer and spent as little money as possible in the process.

While his wife implored him to ditch the thing over the years, he kept it. His daughter took it to her prom, his friends all know him by it, and as you will see in the story and video linked below, Bob admits that a truck like this “just becomes part of you”. Everything about this story is BangShifty. Bob seems like a good, salt of the Earth guy that we’d love to have a beer with. His truck is flipping awesome for a million reasons, and he clearly has an appreciation for what it represents. Oh, and Bob is retiring at age 52, something undoubtedly aided by the fact that he’s never gotten stuck with a big car payment!

Congrats Bob and on behalf of all BangShifters, please give that old truck a gentle pat on the fender! 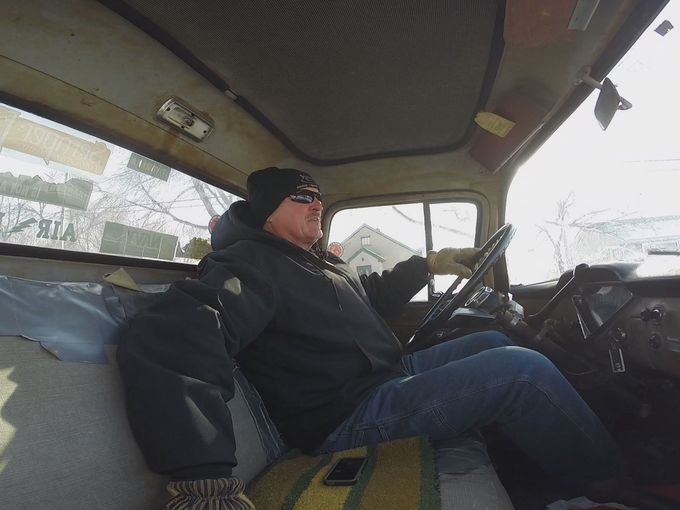 13 thoughts on “Guy Drives $75 Dollar Truck To Work For 38 Years, Right Up To The Day He Retires – BangShifty Hero!”