Guys, There’s a Jet Powered Cheese Wedge For Sale On The Internet 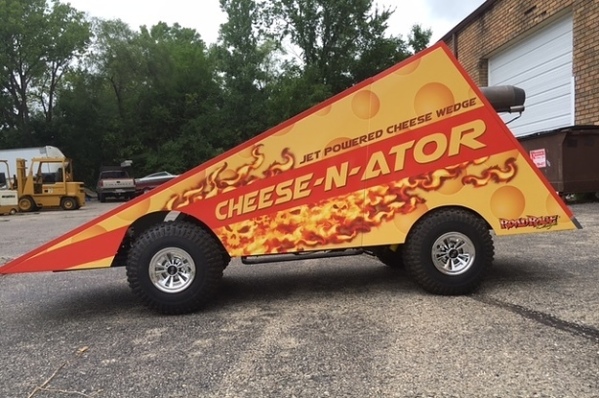 For $35,000 you can own the world’s only jet powered wedge of cheese. We know…we know. That’s way cheaper than you thought it would be. We were thinking the same thing. I mean when one is able to hit the afterburner when SITTING IN FAKE CHEESE can you really put a value on that?! Sure the 180 pounds of thrust the tiny jet engine likely moves this thing like a city bus, but it is JET POWERED CHEESE. It was interesting to learn that this is the only jet powered cheese wedge in the world because we seem to have remembered some sort of big run on building these in the 1980s. Oh wait, that was something else. That was the famed “jet powered hot dog” run of ’87. We’re always confusing stuff like this.

In all seriousness, we cannot be serious about this. A Wisconsin (who saw that coming?!) stunt man and fabricator built this and the idea at this point is to use the machine to lure a national cheese brand into paying for it to make a tour or whatever. The little turbine is kind of neat. It is one of a handful that were built for testing models that simulated hypersonic flight. There’s 100 pounds of thrust without the afterburner and 180 pounds with that baby lit off. The vehicle has only made static tests at the shop of the builder so someone with the bravery of Braveheart will need to grit their teeth, hit the ‘burner button and speed along at 20-30mph….or perhaps twice that speed.

The ad is priceless. Just read these quotes:

Sturm is also designing additional accessories to include a cheese fondue atop the afterburner and a high output smoke system for exhibition that has a labeled on/off switch with the words “Smoked Cheese,” laughs Sturm. Lastly, a flame thrower is also being added to shoot a plume of fire to add to the “hot cheese” theme.

Designed and fabricated in Lake Geneva, Wisconsin by special effects guru Dieter Sturm and his team, no wedge of cheese propelled by a jet engine is known to exist on the planet until now.

This thing is awesome. You’ve gotta check out the full ad at the link.

Link: This jet-powered cheese wedge is for sale on RacingJunk.com – BUY IT 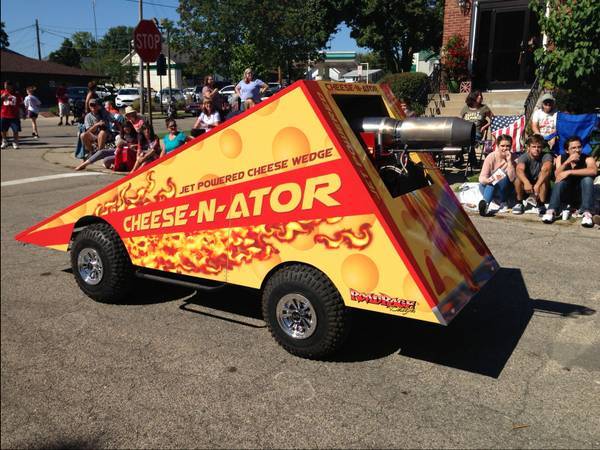 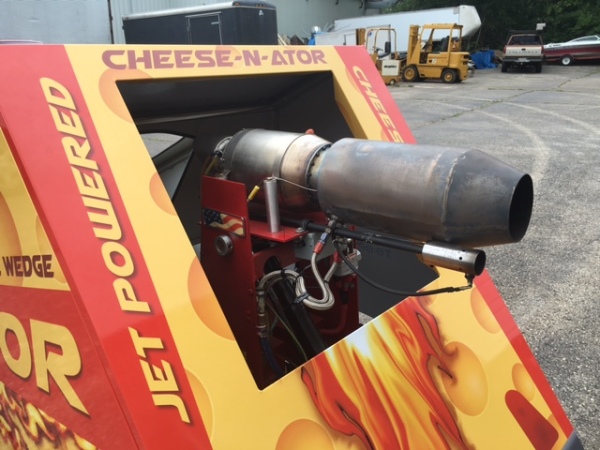 Another One? This 1966 Mercury Monterey S-55 Is Crossing The Block In Kansas City! Project Raven Imperial: The 360 Rebuild, Part One: Diving Into The Deep End Head-First

3 thoughts on “Guys, There’s a Jet Powered Cheese Wedge For Sale On The Internet”