High Roller: The 1981 Rolls-Royce Corniche Coupé That Ran The Paris-Dakar 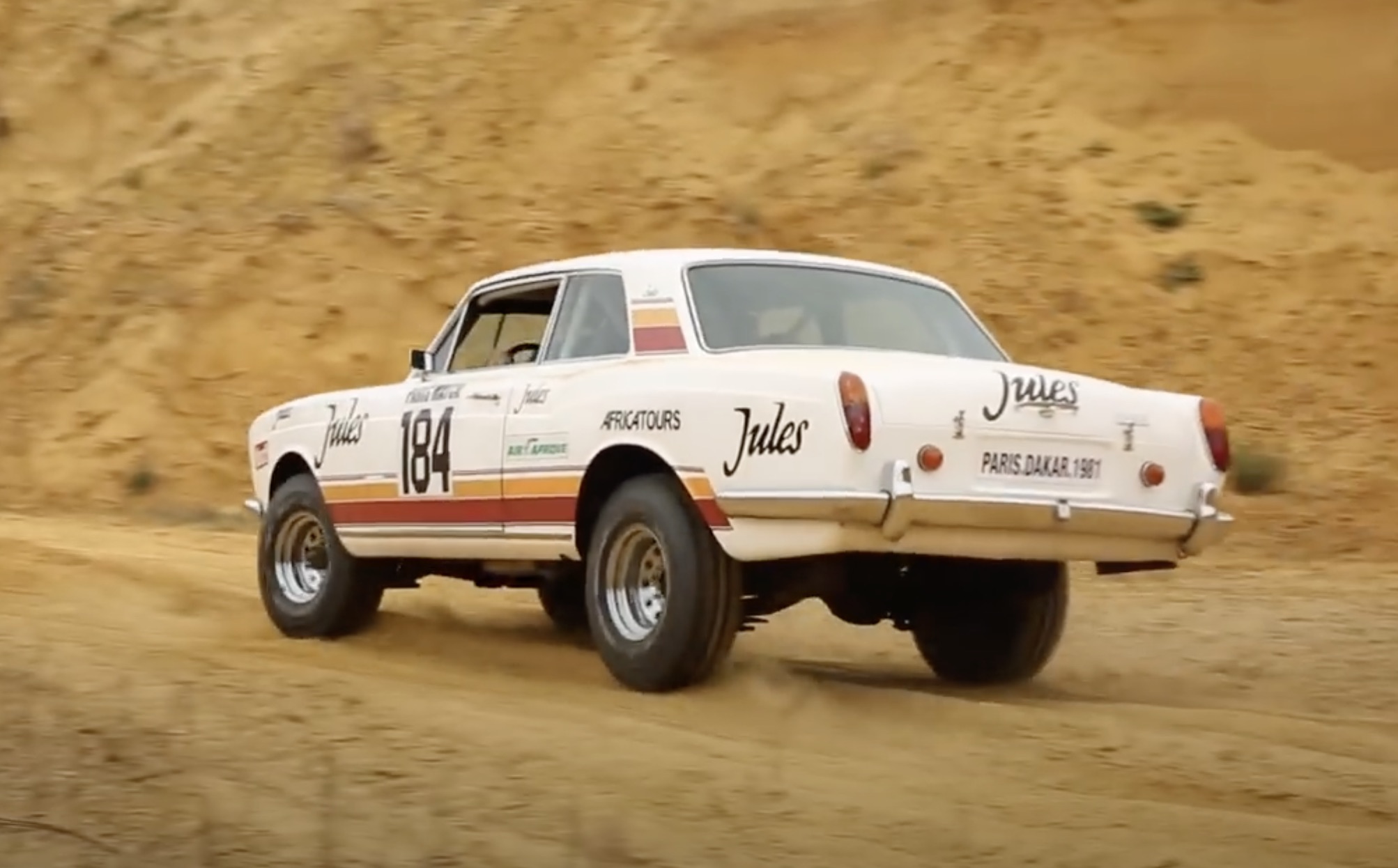 What made a desert run to the southern point of the Baja Peninsula work? It wasn’t sponsorships and a ton of advertising dollars, but a desire to push man and machine to the limit on non-existent roads. Similarly, the Paris-Dakar Rally started off on the same foot. Thierry Sabine created the race after an experience in the 1976 Abidjan-Nice rally left him wandering the African desert, lost as all hell. The difference between the two events? Baja was a rugged warrior’s call, ripping from Tijuana to La Paz in vehicles that defied belief. The Paris-Dakar event wound up being a playboy’s affair by the early 1980s. Rich French dudes were in love with the idea of touring the rugged African desert, and one such playboy was Thierry de Montcorgé, who made a joking bet with a few friends that he could do the race in a Rolls-Royce. Turns out, he could. Sort of.

The vehicle body chosen was a Rolls-Royce Corniche coupe, a massive, stately thing if there ever was one. Not even the body remained unaltered. The chassis certainly did not…in it’s place was a tube-frame setup that used the four-wheel-drive system and four-speed transmission from a Toyota Land Cruiser, a 350ci Chevrolet V8 that was making about 350 horsepower, and an 87 gallon fuel tank to keep that lump of Detroit fed. 87 gallons…good lord. Including the body shell that was made from fiberglass-reinforced plastic, the weight reduction from the standard car was significant…1,730 pounds lighter than the standard Corniche. Or, in simple terms, damn near the weight of a Datsun 510.

Do take note of the livery, because it’s important to the story. “Jules” is a brand of Christian Dior and at this point in time, the company wanted this brand to get it’s name out there in a hurry. Somehow, Dior took one look at the Rolls and agreed to help sponsor the team. de Montcorgé drove, friend Jean-Christophe Pelletier navigated, and the car entered the 1981 Paris-Dakar, where the car did well, up until an incident whhere a steering arm broke off, which took so long to repair that the car was disqualified from the official results. Despite this, the Roller did eventually finish the journey, one of only forty teams in the car category to actually make it.

Note: you can play the video on YouTube with captions set to “auto-translate” but Google isn’t that great at French to English.

From The Inside Out: This Look Into How TJ Zizzo Made His First NHRA Top Fuel Final Round Is Awesome Cool Vanilla: 1990 Dodge Ram D150 Muscle Truck, As It Should Have Been

2 thoughts on “High Roller: The 1981 Rolls-Royce Corniche Coupé That Ran The Paris-Dakar”