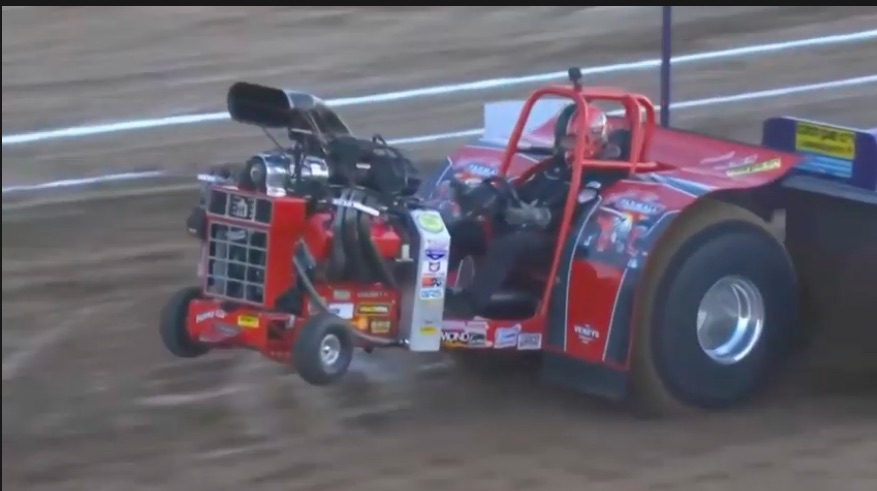 If Ken Veney had decided to retire from drag racing all those years ago and whittle sticks on the front porch, he’d have left an amazing legacy in the sport and in motorsports. His accomplishments as a driver were one thing, as a tuner totally another, and as a mechanical innovator? That’s on another level. He’s the guy that literally invented billet cylinder head sin drag racing. He made them by hand on a Bridgeport that had no freaking digital readout. To say that the guy has done some things would be accurate.

And then he went pulling.

Ken Veney is as revered in the world of tractor pulling as he is in drag racing and this video will tell you why. Like his hardcore approach to drag racing, Veney has (and continues) to attack pulling in the same intense, analytical, and empirical fashion. The results are hooks like you see here. This is about as good as it gets in terms of determining your setup, how you are going to best use the surface, how you are going to position the tractor on the course, and lastly, how you are actually going to freaking drive the thing.

The mini-rod class that Veney pulls in is highly difficult with all that power and none of the wheelbase of other categories. That said, he continues to kick ass and the “Funny lil’ Farmall” is a fan favorite everywhere it rolls through the gate.

I work with Ken’s son Todd who keeps me apprised of his dad’s fortunes in pulling.

“Would you believe he won another one?”

Yes, yes I would actually.

This guy is the man.

One thought on “Hookin’ and Bookin’: Watch the Legendary Ken Veney Make A Picturesque Full Pull In His Mini-Rod Tractor”