Kick The Pig: Stirring A Sitting 6.5L Diesel To Life In A Chevy 3500HD 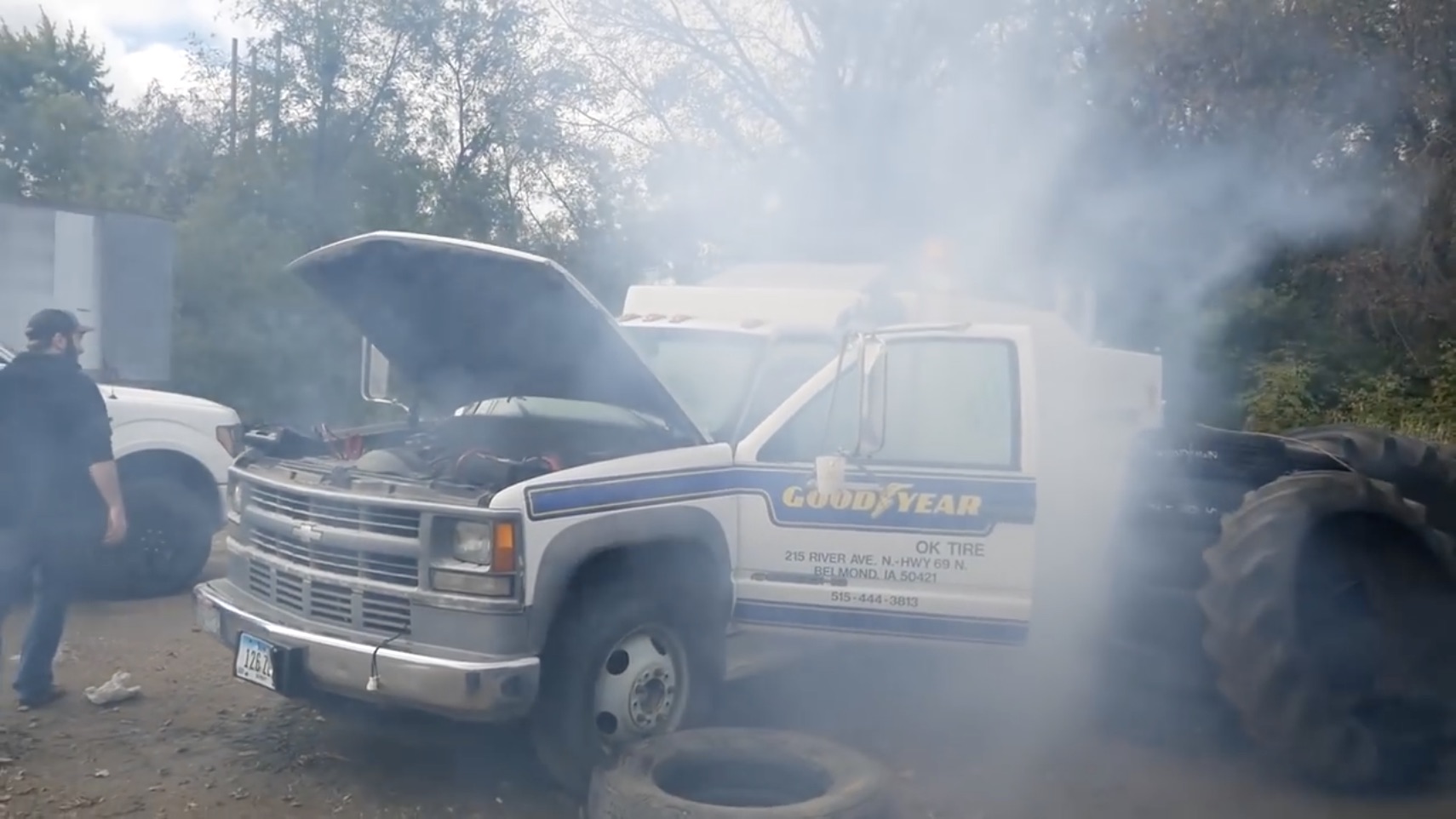 You ever notice how you can pinpoint an engine just by it’s sound? A deep, almost rhythmic bassline with just a bit of pop to it sounds like a big-block Mopar at idle. That raspy rise through the tenor scales sounds like a late-model Mustang with aftermarket exhaust, and that one-note bellowing roar sounds like some farm boy’s Cummins Ram as it goes flying by, producing as much coal smoke as a 2-8-2 locomotive dragging around a heavy load. Lots of lovely noises in the game, but there is one that makes me cringe every time I hear it. It’s the combination of huffy exhaust and a clatter that makes me think that the pistons are really rock tumblers and that when I shut the program down for the night, some sparkling new 10mm sockets should come pouring out of the exhaust pipe: the GM Detroit Diesels that found their way into smaller trucks and military HMMWVs.

Tell me how they can be built, show me the Banks turbo kit. I know, they can be made to do something. But good lord, have you ever had the misery of waking one up that didn’t want to wake up? I don’t know when Kevin made the effort to purchase this Chevy (in fact, I’m not sure when this was filmed at all) but even if it was just a week or two ago and the weather was warm, getting this engine to fire off without having to resort to a favor from the ether bunny wasn’t going to be fun.

Now, a bit about the truck, because that is interesting. What you’re looking at is a GMT455…er, a Chevrolet 3500HD model. This isn’t just a one-ton truck with bigger wheels. These were straight-axle front trucks with a Dana 80 out back and a different frame than the regular C/K 3500 truck. Note the fender flares from the four-wheel drive models on the front fenders and the filler panel between the “regular” body and the bumper location. That’s the telltale sign that you’ve got the big beefy boy. They’re a Class 4 truck, an in-between model that covered the ground between the regular C/K one-ton and the Kodiak/TopKick medium-duty rigs. The frame rails are straight-up beef, stout pieces meant to deal with heavy work loads.

Maybe Kevin made a wise purchase after all…

Classic YouTube: HEMTT Burnouts - Boredom And A Detroit Diesel Make For Some Downtime Fun Unhinged: Does It Feel Like Project Rush? It Does To Me!

One thought on “Kick The Pig: Stirring A Sitting 6.5L Diesel To Life In A Chevy 3500HD”