Lingenfelter Performance Engineering Unveils Reaper Truck – A Chevy To Run With (Over?) The Raptors! 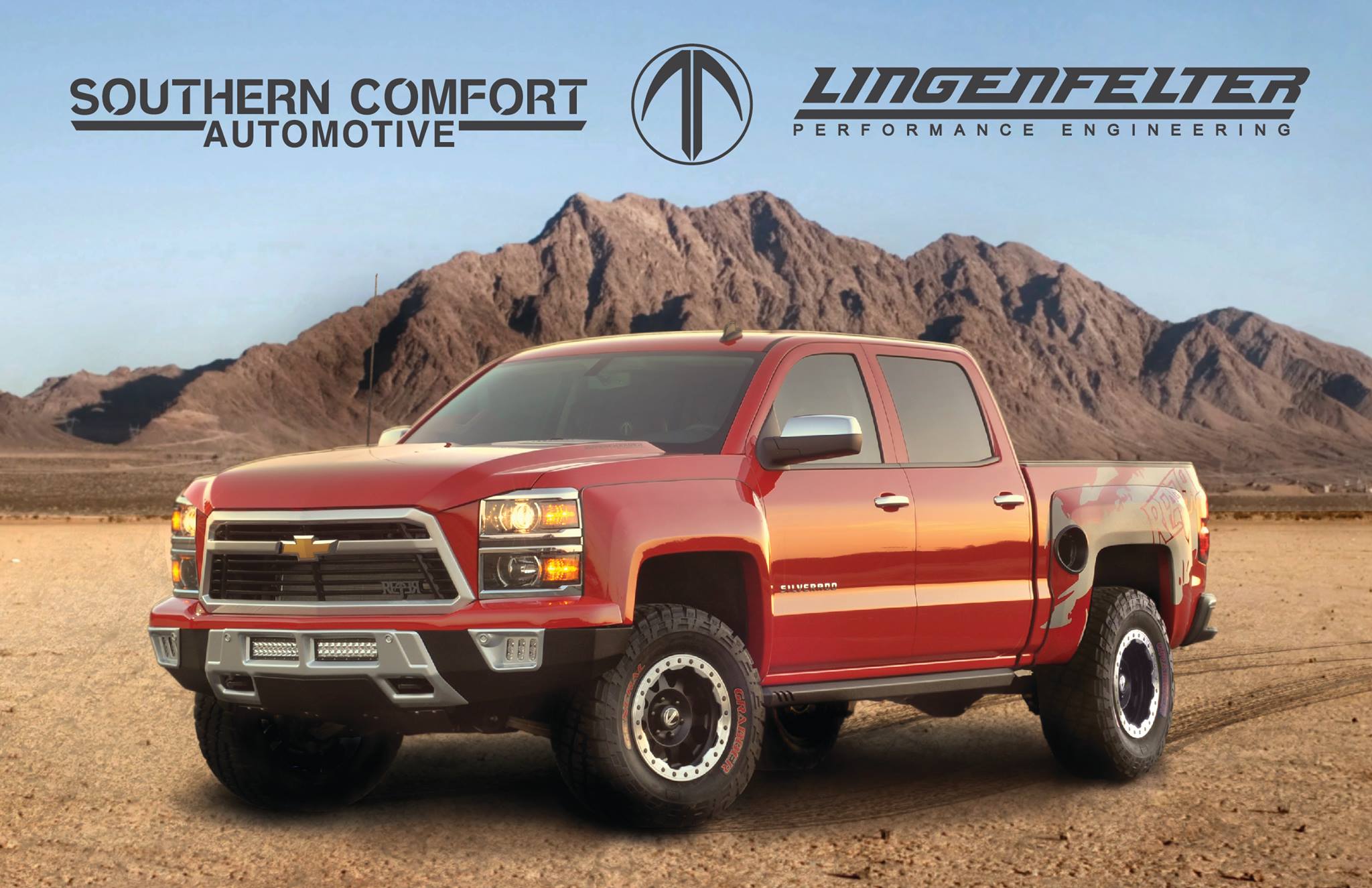 A couple days ago at the National Automobile Dealers Association national convention, Lingenfelter Performance Engineering unveiled their new truck called The Reaper. This truck is a kind of joint venture between Lingenfelter and a large truck modification company called Southern Comfort. We know a little more about this thing than the average media outlet because we have actually ridden in it during the suspension development phase of the project. This thing is a mean bastard with 475hp out of a Lingenfelter blown 5.3L engine. This will be the initial engine offering but just down the road, a 550hp 6.2L blown engine will also be available in the truck. The truck is lifted, can wear up to 33″ tires, has a custom dampening package developed by Fox and has already shown itself to be capable in the California desert as well as on the drag strip where it runs deep into the 13s….with a factory 3.08 gear ratio!

The unique front end look was developed by Southern Comfort and it includes the grill, reinforced bumper, lighting package, hood, rock guards, side steps, and a bunch more. There are 20″ wheels and off road tires standard but buyers can upgrade to 17″ beadlocks and General Grabber tires for maximum off-road dirt slinging ability. Regarding the suspension which puts the truck in Raptor territory, it is no weak sister. Chad was recently out in the desert riding in the truck with Lingenfelter engineers, Fox Racing engineers, and video guys where they filmed this thing in action. At one point, Chad reports that the crew cab truck was loaded with passengers traversing the desert floor at 60+ miles per hour. We’ve seen the footage of it jumping, hauling over whoop-de-dos, chuck holes, and other obstacles.

These trucks will be sold through Lingenfelter’s world-wide dealer network and LPE has promised BangShift one of these trucks to put the hammer to. We’ve not slept since the day Copeland made that promise and now that we have seen what the finished product will look like, we’re really going to have bloodshot eyes. The Ram Runner, The Raptor, and now The Reaper. Like the factory drag wars, there are now a trio of gnarly off road factory trucks for your jumping pleasure!

Scroll down to see photos and then hit the link to visit Lingenfelter’s Reaper site! 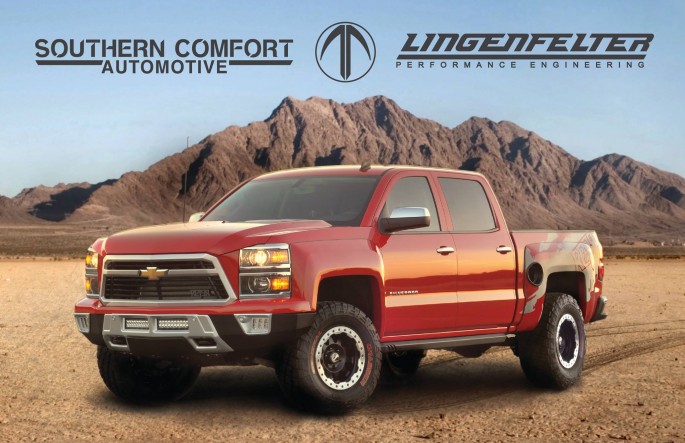 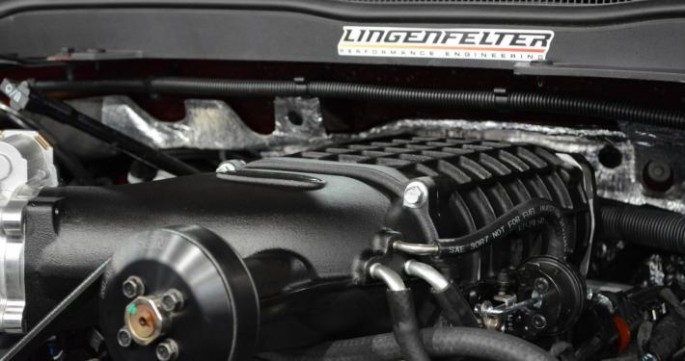 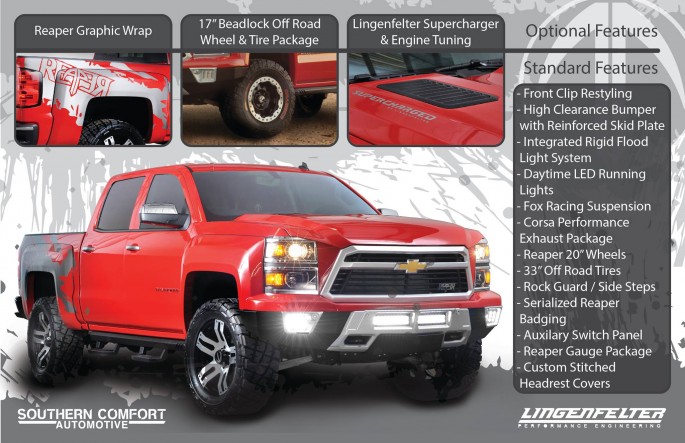 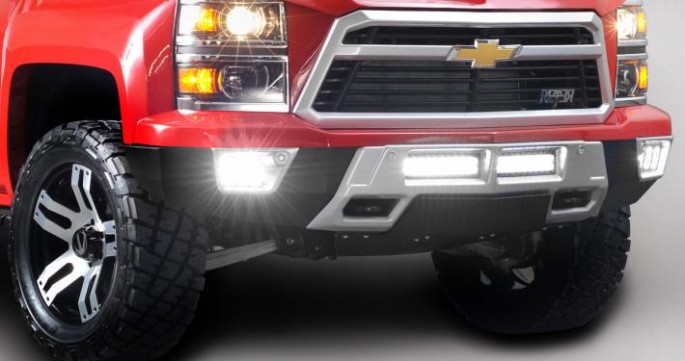 6 thoughts on “Lingenfelter Performance Engineering Unveils Reaper Truck – A Chevy To Run With (Over?) The Raptors!”