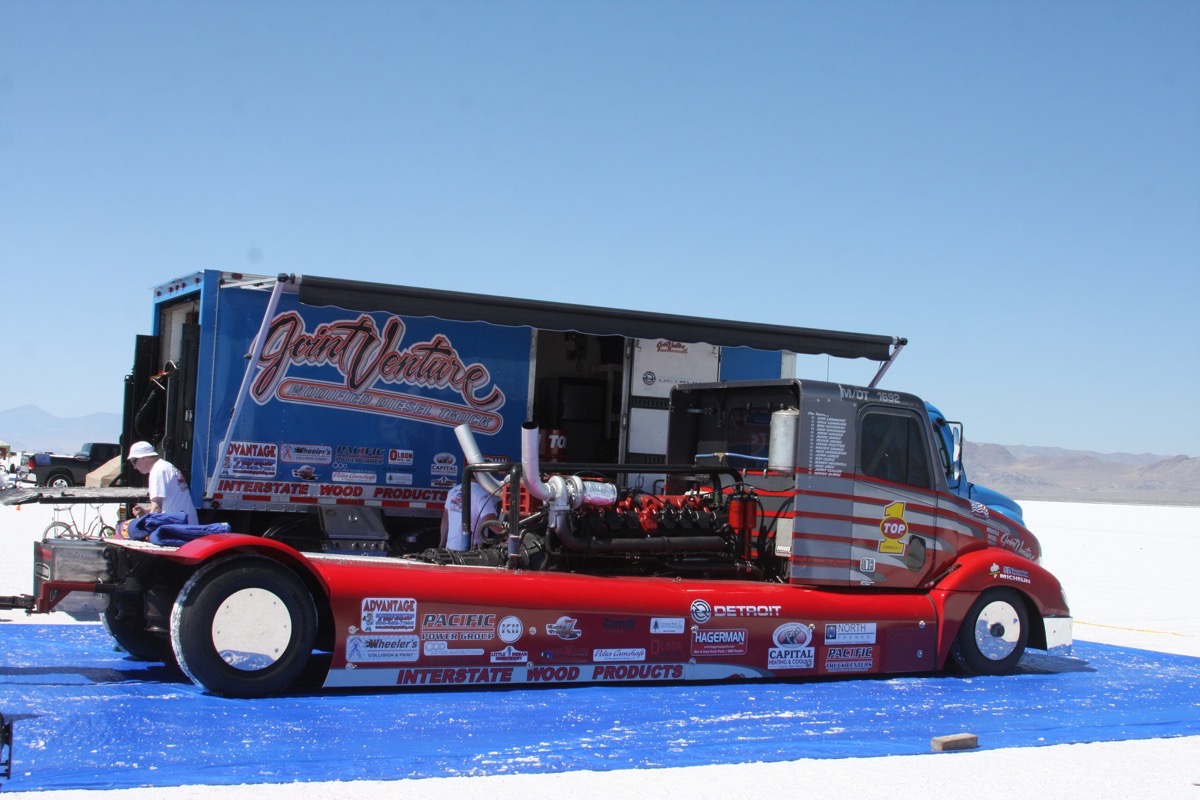 What you are seeing here is 228mph. Sure it was at zero when we shot most of the photos and just a couple miles per hour when being pushed to the tech line, but as far as an impressive and an imposing sight, few things can match this huge trucks for sheer awe factor. The Joint Venture runs in the M/DT (Modified Diesel Truck) class and it is far from the first big rig to take to the salt flats. There was the legendary Phoenix truck and the International Endeavor to name just a couple. This particular truck is the current record holder in Modified Diesel Truck with the aforementioned 228mph speed. Don Lemmons is the owner of the truck and frankly he may be the greatest living American. We’re kidding of course but the guy is certainly in the BangShift hall of fame.

That terminal velocity was achieved through the use of a screaming 16-cylinder Detroit Diesel two stroke with monster turbos and a big pile of horsepower and torque. That engine has been ditched in favor of a 16-cylinder MTU diesel engine that also uses turbochargers to brace up the power. We believe this to be a 4000 series MTU motor and if that is the case, there are versions of it that make on the order of 5,700hp. Even on the best day of its life, we’re thinking that the Detroit Diesel engine that this one replaced was not holding a candle to that number. The 2,179ci monster is most often found in industrial, marine, and prime mover applications. Oh, and some trains. Seriously. This thing is powered by a mid-mounted freaking train engine. The transmission is looking like the largest automatic box we have ever seen. We’ll work on more details this week.

The rolling stock consists of Boeing 737 rear tires and front tires from a F-15 fighter. Just that line alone should have you smiling.

I have wanted to see this 10-ton truck in person for much of my own adult life and with the condition of the salt and the presence of the truck lacking in my previous Bonneville experiences, this is a real treat! We’re going to gather more details and keep track of the performance of the truck this week. We’re thinking that you’ll be just as interested as we are right now!

Check out photos of the awesome Join Venture Freightliner Now With MTU Power! 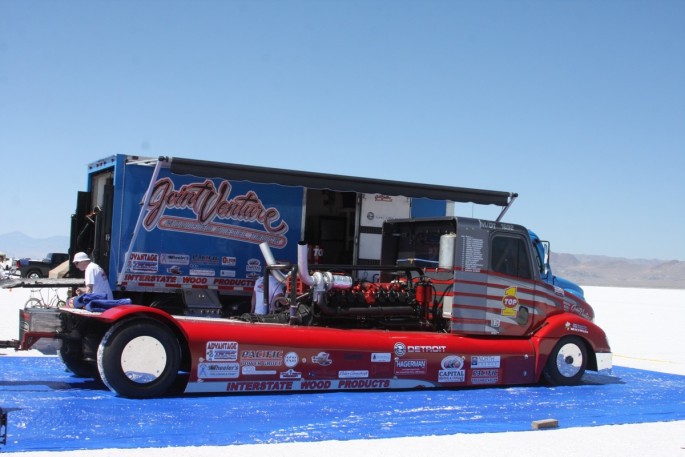 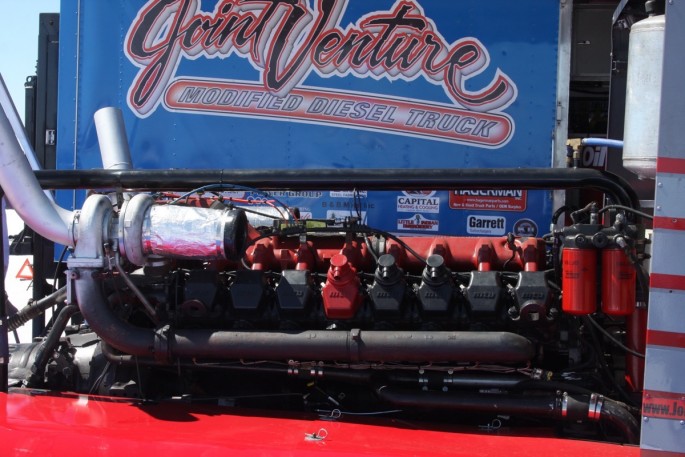 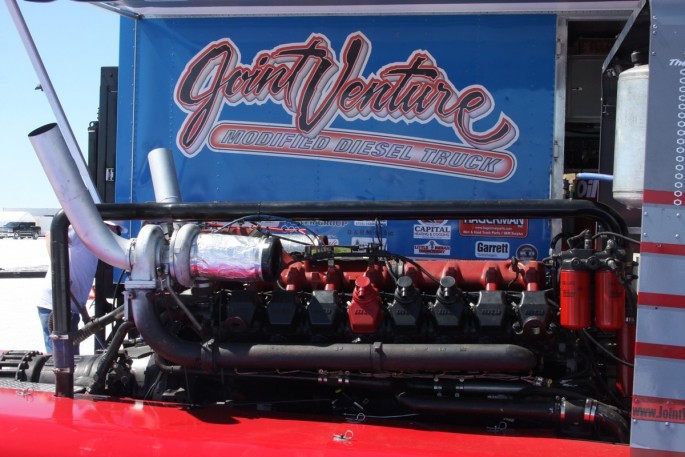 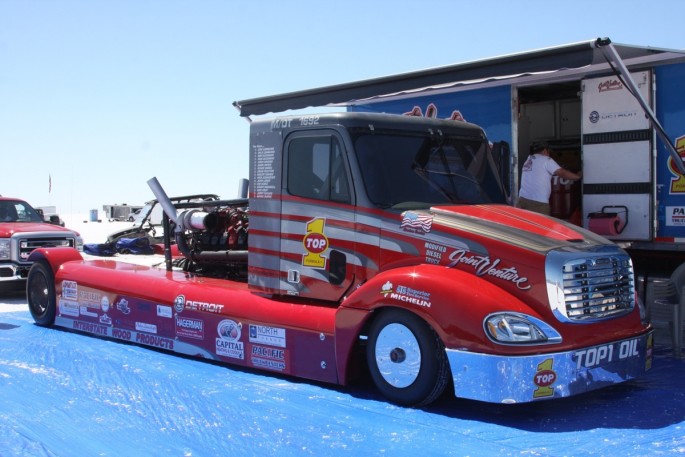 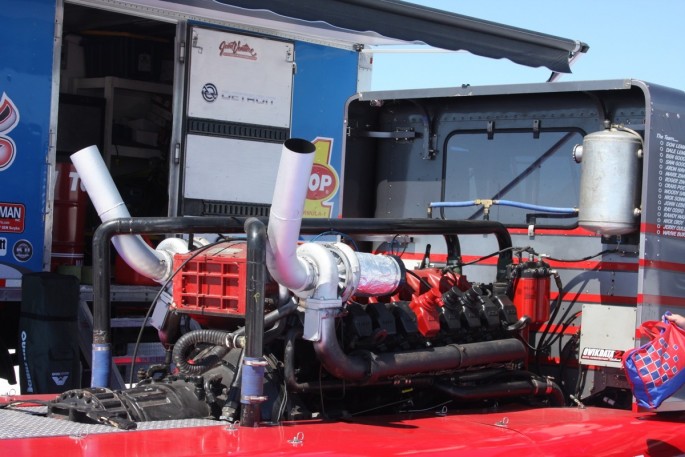 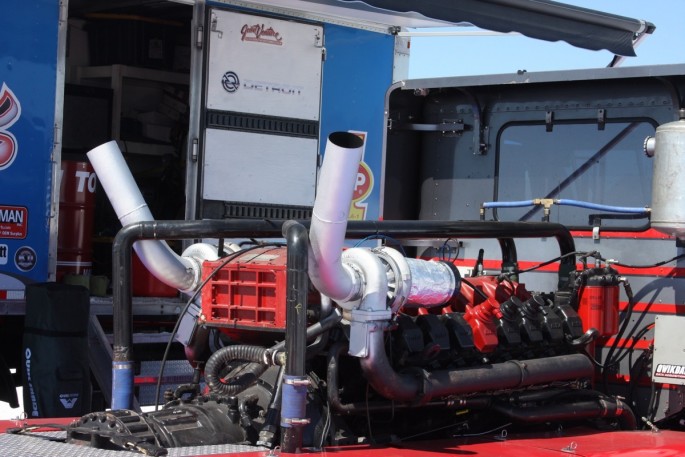 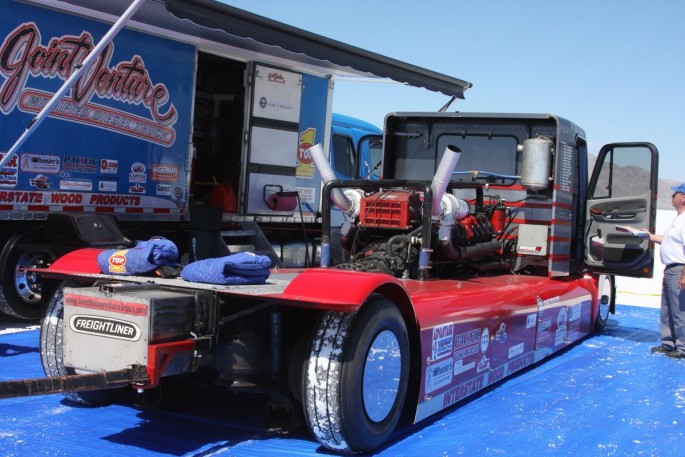 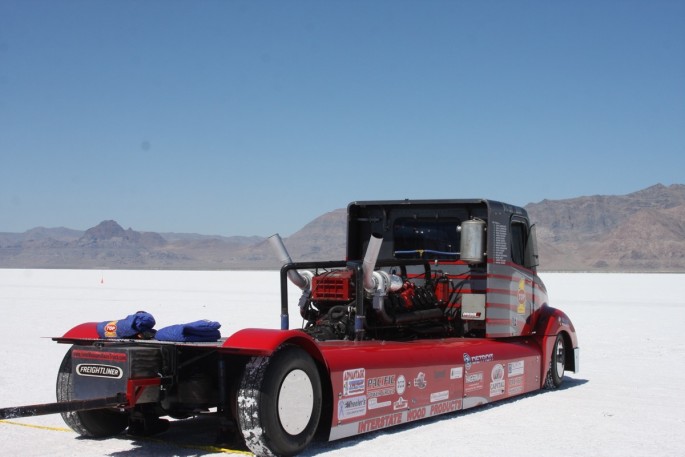 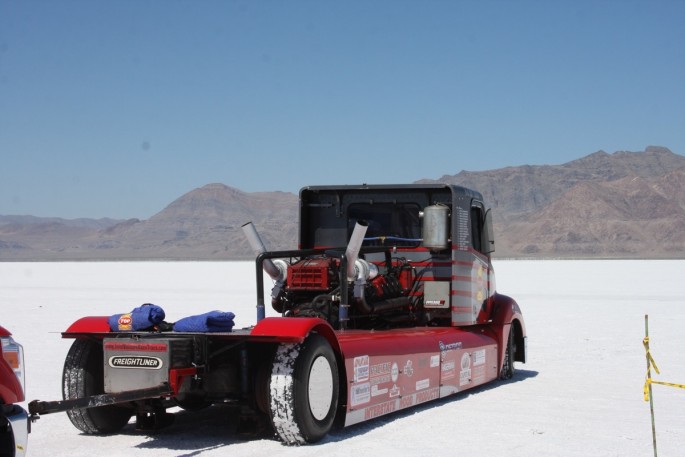 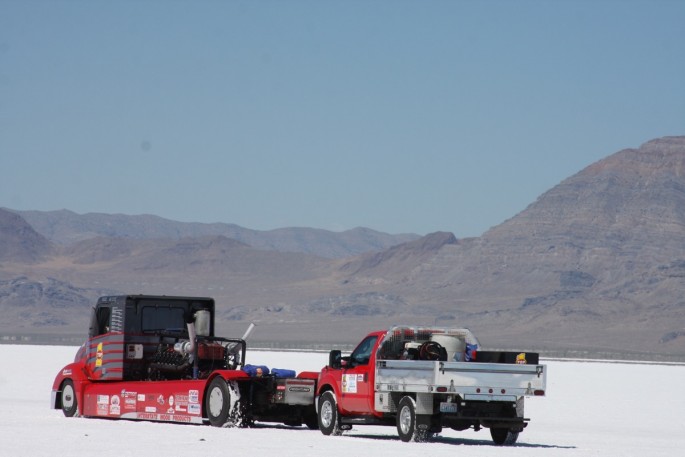 Want To Guarantee You Have The Most Unique Mopar At The Show? This 1969 Plymouth Roadrunner Ute Conversion Is For You! Caption This Photo: Is Lee Sicilio Communicating With The Gods Of Speed?

6 thoughts on “Locomotive Breath: A Look At The Massive And Monstrously Fast Joint Venture Freightliner Truck”