Mail Order Hero: The Struck Mini-Beep Is The Neatest Thing You Can Still Order From The Pages Of A Magazine (Video) 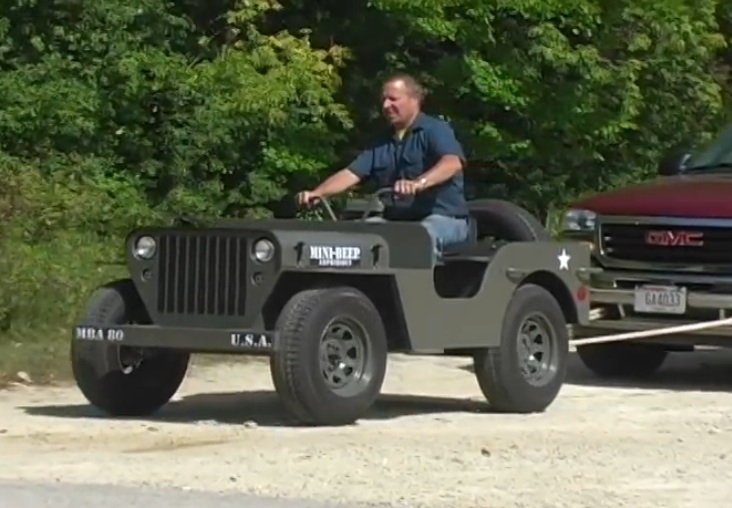 You know the CF Struck Corporation. The Wisconsin based company has been selling some of the neatest little machines and the plans to build said machines at your home for almost 60 years now. If you pick up an old Popular Mechanics, Popular Science, or any gearhead type magazine from the 1960s right through until today, chances are you’ll see an add for the Struck company. Typically they are talking about their awesome little Magnatrac crawler tractor that you can build at your home and use for about a million different things but the vehicle we’re talking about today is their Mini-Beep MBA80. This vehicle has been for sale in one form or another since 1959. Originally starting with a kit that was based off of a lawn tractor, the current generation Mini-Beep is a four wheel drive, plywood bodied dream that is fully amphibious, can do work around the house, and looks like about the most fun thing ever dreamed up. There are lots of options the company offers for building one like either 2 or 4wd, winches, trolling motor mount for those trips into the lake, and on and on and on.

The video below shows how one of the Mini-Beeps is built in a pretty cool manner and then it shows the half million different things that they can be used for. This looks like a really cool family project type deal and I’m getting read to approach my wife about doing one with the kids. Top speed can be varied from between 5-15 mph depending on the sprocket in the rear and with 4WD we could go breaking trails in the woods and having a riot. The fact that the plywood body is water tight is also pretty neat and it would be hilarious to go motoring around in the lake just to freak the boat owners out. Can you imagine the stares?

So much of the stuff that was for sale in those ads back when was hokey. There were “spy camera”, “x-ray glasses”, and all kinds of plans to build stuff like submarines and junk but the Struck Corp was and is the real deal. It is pretty awesome that they are still in business out there in Wisconsin and even neater that they have evolved the Mini-Beep into its current state. This looks like 100% BangShift approved fun.

Wish me luck with my wife.

Press play below to see this promotional video for the Struck Mini-Beep and somehow fight the urge to really, really want one –

Wild At The Wheel - 1970s Driver's Education Film From California Drag Week Sleeper! This Chevy Caprice Runs 12's And You Would Never Know By Looking At It!

One thought on “Mail Order Hero: The Struck Mini-Beep Is The Neatest Thing You Can Still Order From The Pages Of A Magazine (Video)”