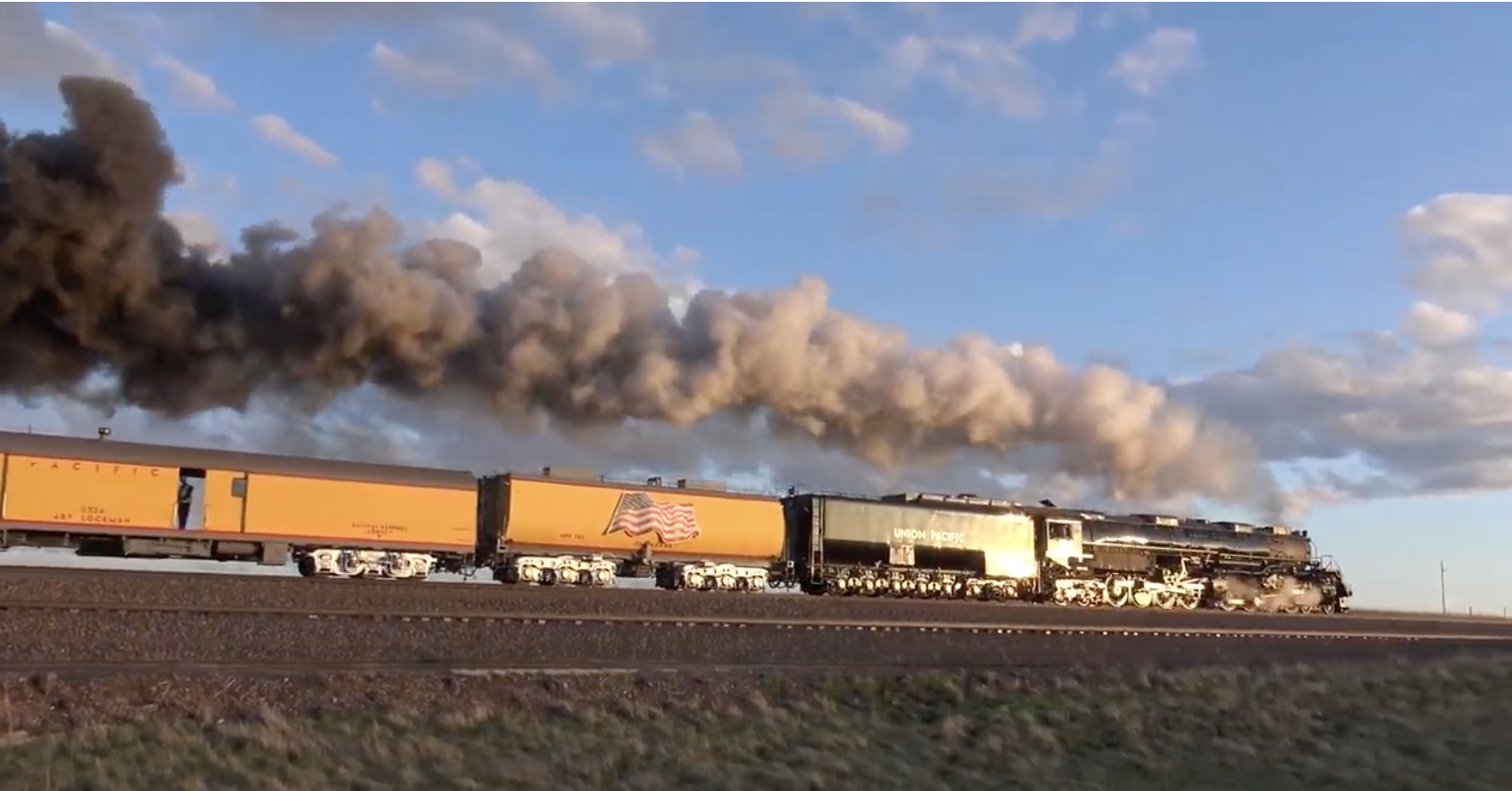 I don’t know of any little kid that isn’t fascinated by trains. Whether it was listening to the freight trains of the Illinois Central line rip past the backyard of my stepmother’s parent’s house at full song and volume, close enough to actually see the engineers, hearing the far-off echoes of the Burlington Northern and Santa Fe line as the trains made their way from Tacoma up to the Canadian border, or listening to the cars couple and decouple in the Yermo yard near Fort Irwin, trains simply entrance dreams: rolling along the tracks of the Northern Transcon line through some of the most beautiful locations in the country; freighthopping for the hell of it when you are young, dumb and adventurous; and stretching out tons upon tons of freight across the Plains, knowing that you were in control of one of the biggest engineering marvels to ever be dreamt up by man. The train rules…the bigger, the better.

And they didn’t come much bigger than Union Pacific #4014. One of the 27 4-8-8-4 “Big Boy” steam locomotives that American Locomotive Company cranked out, a 625 ton behemoth of a rig that carried about 25 tons of coal in it’s tender in revenue service , it is the only one that is fully operational. A former museum piece, 4014 was returned to Union Pacific in 2013, and restoration work began in 2016. 4014 first fired in early April of 2019 and at the beginning of May, had started to move under it’s own power for the first time in nearly sixty years…prior to being sent to the Railway and Locomotive Historical Society’s Southern California RailGiants Train Museum in Pomona, California, 4014 had last run a revenue service route in 1959. During the restoration process, the locomotive was converted from coal-burning to a system that burns No.5 oil instead. It is still a steam train, requiring about 24,000 gallons of water to be on-hand to make clouds, chuffing noises, and of course, give the whistle it’s vocal cords.

Nothing against the big diesel-electric movers, but there will always be a place for the steam-puffing locomotive.