Best of 2019: Hell In A Handbasket: This Fiat 600 Is A Center Steer, 9-Second Quarter Mile, Argentinean Sensation (Video) 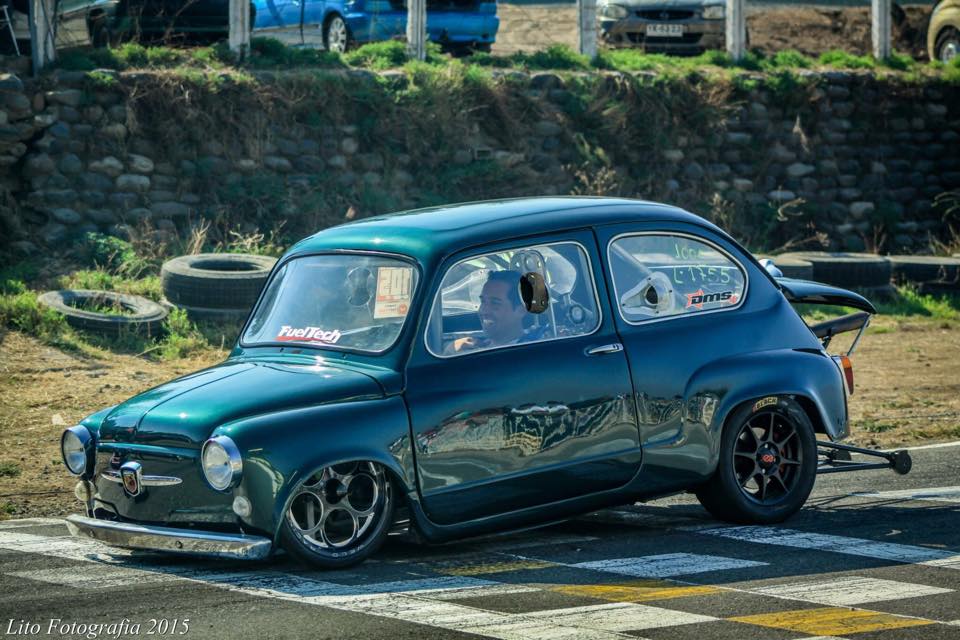 without the internet a guy who speaks no Spanish would not have been to communicate with a guy who speaks no English. Instead I was able to learn lots about one the fastest cars in Argentina and I can share that information with all of you here. It is a beautiful thing, right? 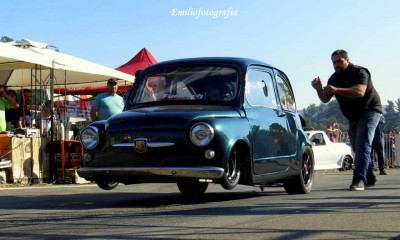 Let’s start with what the car began life as. The Fiat 600 was produced from 1955-1969 and it was made in incredible numbers and shipped to countries all over the Earth. They are beloved little cars in Argentina so finding one to make a race car out of wasn’t exactly difficult. Measuring less than 11-feet long and originally powered by a 28hp 633cc engine, these cars basically ran out of breath at 60mph. They were perfect for narrow streets in cities that were founded hundreds and thousands of years before the automobile but they were by no means impressive performers. But, like all things nostalgia kicks in and we look past the flaws of a vehicle and see the fun stuff. The styling of the car, the funny noises it made, all those types of elements. Hot rodders have long been a part of this process. Look at the gassers here in the USA. Crummy little cars packed with huge power are awesome, right? That is universal language and this car proves it.

Now that you know what this thing was originally let’s talk about what it is now. Converted to center steer, Diaz refers to it as a funny car. Here we 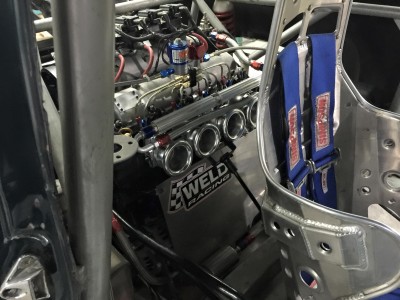 may call it an altered as it lacks the flip top body that we’re used to in the USA but now we’re just getting into the linguistics of the situation. It weighs 1,069lbs total. It is powered by a 1.9L Fiat four cylinder that sits crossways literally inches behind the driver’s seat and it breathes though a header that dumps out with a stinger style collector in the rear of the car. The Fiat 600 is equipped with a FuelTech FT400 EFI system and a NOS Pro Shot nitrous oxide system. The power is transferred through a manual transmission that Diaz shifts in the tradition manner inside the car. Diaz tells us that on spray the engine makes 425hp and that’s enough to push the tiny car to elapsed times in the 9 second zone. His best run ever was 9.78. Typically he races the car in Argentina at a facility called Autodromo Óscar y Juan Gálvez in the city of Buenos Aires. That being said, he has taken the car to Chile to run on eighth mile tracks as well. According to Bret Kepner, the tracks in Chile sit at 12,000ft above sea level and ABOVE!

Inside the car there’s lots of tubing, a racing seat in the center, a steering wheel, a Racepak dash and the FuelTech EFI controller. After that there’s little else. In one video below it doesn’t even look like the area under the front end has any sort of floor and is just open into the cockpit, unless it is done in a clear material like lexan or something of that nature. Other photos seem to indicate that there’s nothing up there either aside from some tubing to mount the body and the steering gear. We’re guessing that’s how you get to a race weight of 1,069lbs.

We asked Pablo if his was the fastest full bodied car in Argentina and he let us know that there is another machine (we did not get body style) with AWD and a turbo engine that runs in the mid 8s which is faster. Not that it detracts from this story at all but I thought it was interesting to give some context to how fast this car is relative to the other things that hit the strip in that part of the world.

CHECK OUT THESE VIDEOS BELOW AND CONTINUE DOWN FOR MORE PHOTOS! 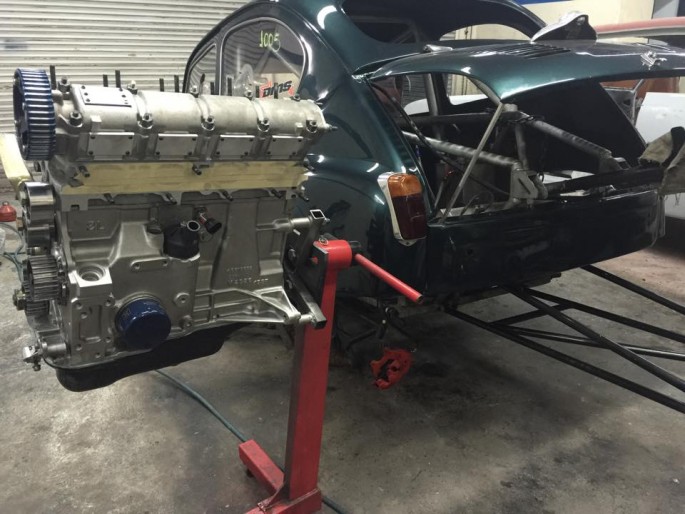 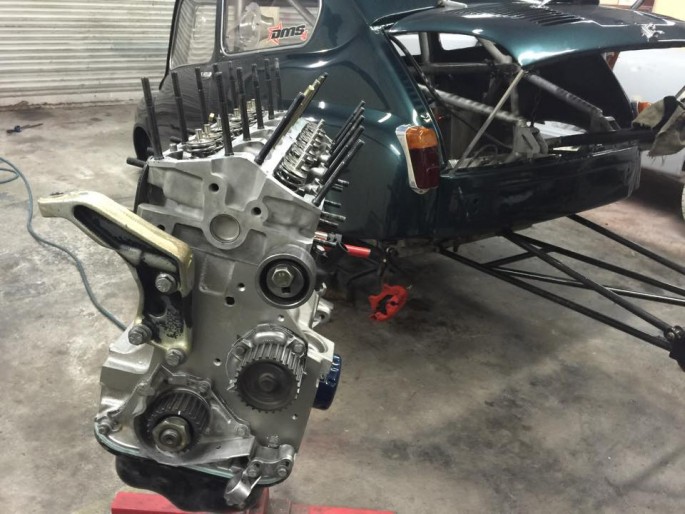 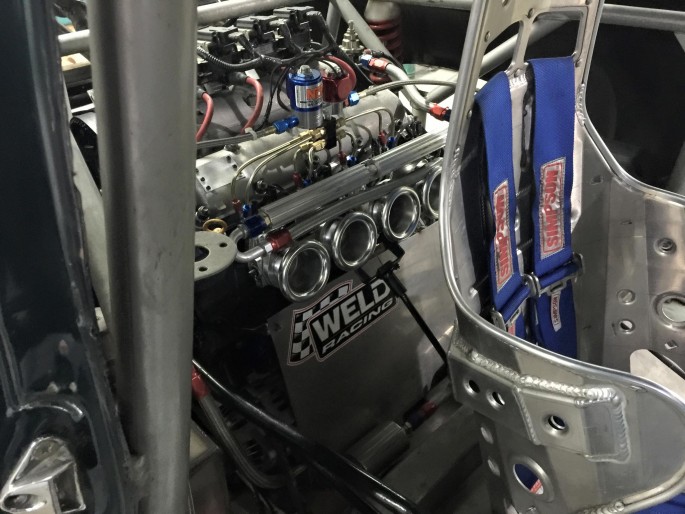 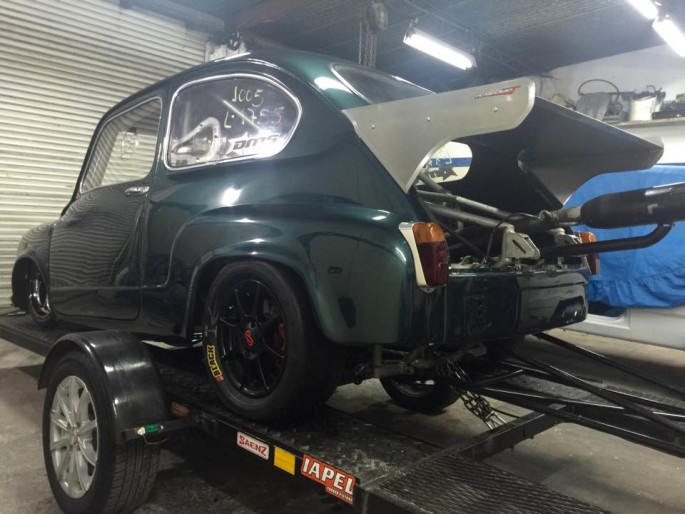 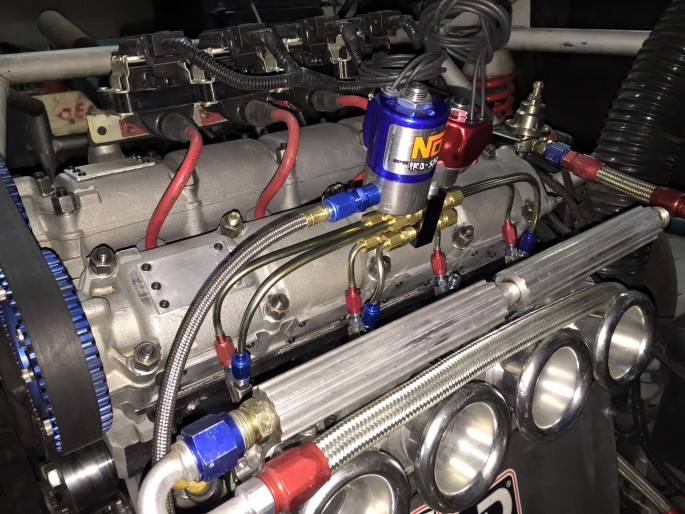 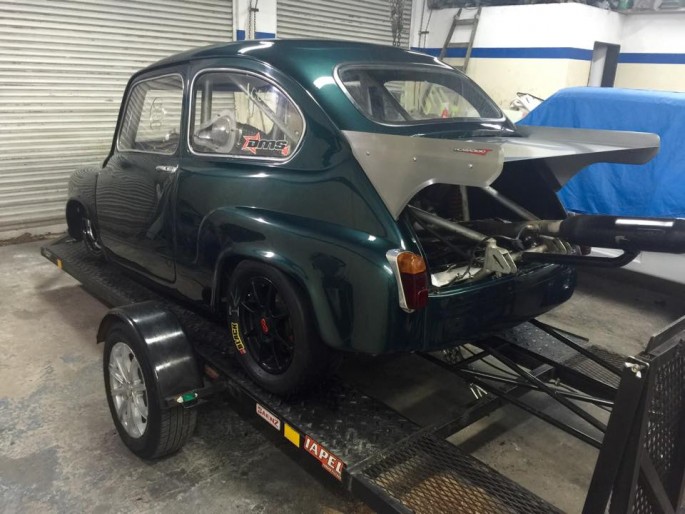 9 thoughts on “Best of 2019: Hell In A Handbasket: This Fiat 600 Is A Center Steer, 9-Second Quarter Mile, Argentinean Sensation (Video)”