Video: That’s Not Why It’s Called A Wrecker – Someone Call The Colonel! 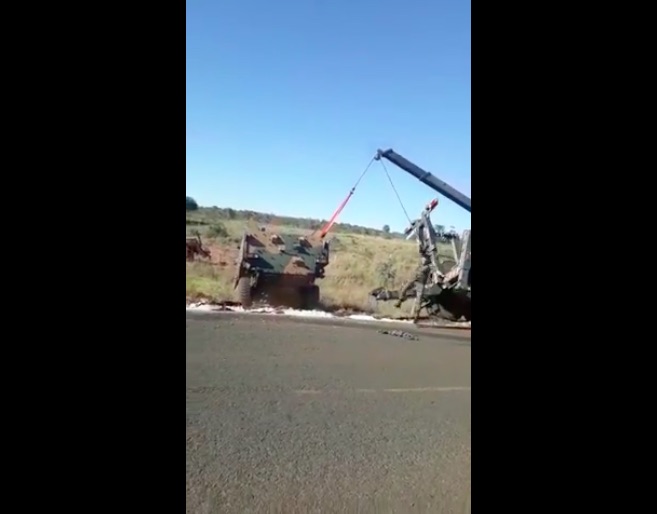 Let’s say you are not having the best Wednesday. Let’s say that you woke up late, got behind schedule and the boss chewed on you when you walked in. Let’s say that it snowed and you and you had to shovel yourself out. All that stuff royally sucks but we have the antidote to your frustrations. That of course is seeing someone who is having a worse day than you. Right? “At least I am not THAT GUY,” is a universally understood thing.

To set the scene below, it sure looks like we are on some sort of a training exercise with an army of unknown basis. There’s an armored personnel carrier lying on its side and there’s what appears to be a pretty large wrecker working to get it back on its wheels. The whole thing is so neatly set up that it has to be a training deal. There are no skid marks, the truck landed perfectly on the side of the road, etc.

Anyway, things are going pretty well for our hero the wrecker operator as he seems to be well on his way to putting this thing back on the rubber and then heading back to the base for celebratory beers. Except no one put the gazillion ton APC in park.

As soon as the wheels touch down, the thing starts to roll away, the wrecker operator jumps ship, and his truck goes over with a massive thud. It seems like this buddies kind of laugh at him as he does that, “WTF just happened,” thing with his arms that humans seem pre-programmed to do.

Undoubtedly the most painful part of this process was calling and informing his superiors. THAT would suck. A lot.

2 thoughts on “Video: That’s Not Why It’s Called A Wrecker – Someone Call The Colonel!”