On This Date In 1893 The Diesel Engine Was Patented In Germany – Here’s Our Video Tribute To Compression Ignition Engines! 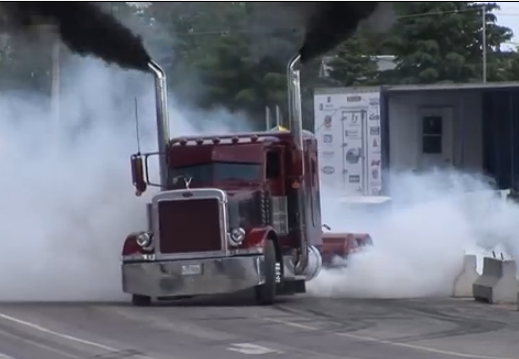 Rudolph Diesel would be so flipping happy at the way things are turning out for his basic engine design today, mainly because he would be wealthy beyond anyone’s imagination so it is too bad that he’s been dead for a very long time. That being said, diesel engines have sure come a long way from their roots in the 1890s when Diesel was simply looking to come up with a better, more efficient mouse trap than the gasoline burners that were starting to pop up across the globe. The funny thing is, he did just that and were he alive today he’d see a Europe that is on the verge of selling more diesel powered cars per year than gas powered cars. He’d see racing and motorsports series around the world using diesel engines. He’d see worldwide industries dependent on the efficiency of his design to move goods across land and seas, and he’s also see hot rodders in America on dynos, pulling sleds, and drag racing their trucks down strips across our country. We’ve been slow adopters of diesel engines in passenger cars here in the USA, mainly because of a few botched attempts by manufacturers to bring that technology to bear on the cheap and without fully testing their own products but the tide is rapidly turning. From half ton trucks to SUVs, small displacement turbo-diesel engines are becoming a viable option for buyers. Heck, in a couple weeks we’re planning on taking a 2,000 mile road trip in one of those diesel SUVs…stay tuned.

To honor this historic day, we’re going to run some of our favorite diesel videos below. There are explosions, there are dyno pulls, there are diesel freak swaps, and there’s lots and lots of torque. If Rudolph was around today, we’d take him out for beers and then on a worldwide tour to show him the impact that his initial designs and theories have had on modern life. They are substantial. You certainly don’t have to like diesels, but you do have to respect them. Why? We’re betting almost everything you touch on a daily basis was moved courtesy of a diesel engine at some point in its life. Fact!

11 thoughts on “On This Date In 1893 The Diesel Engine Was Patented In Germany – Here’s Our Video Tribute To Compression Ignition Engines!”