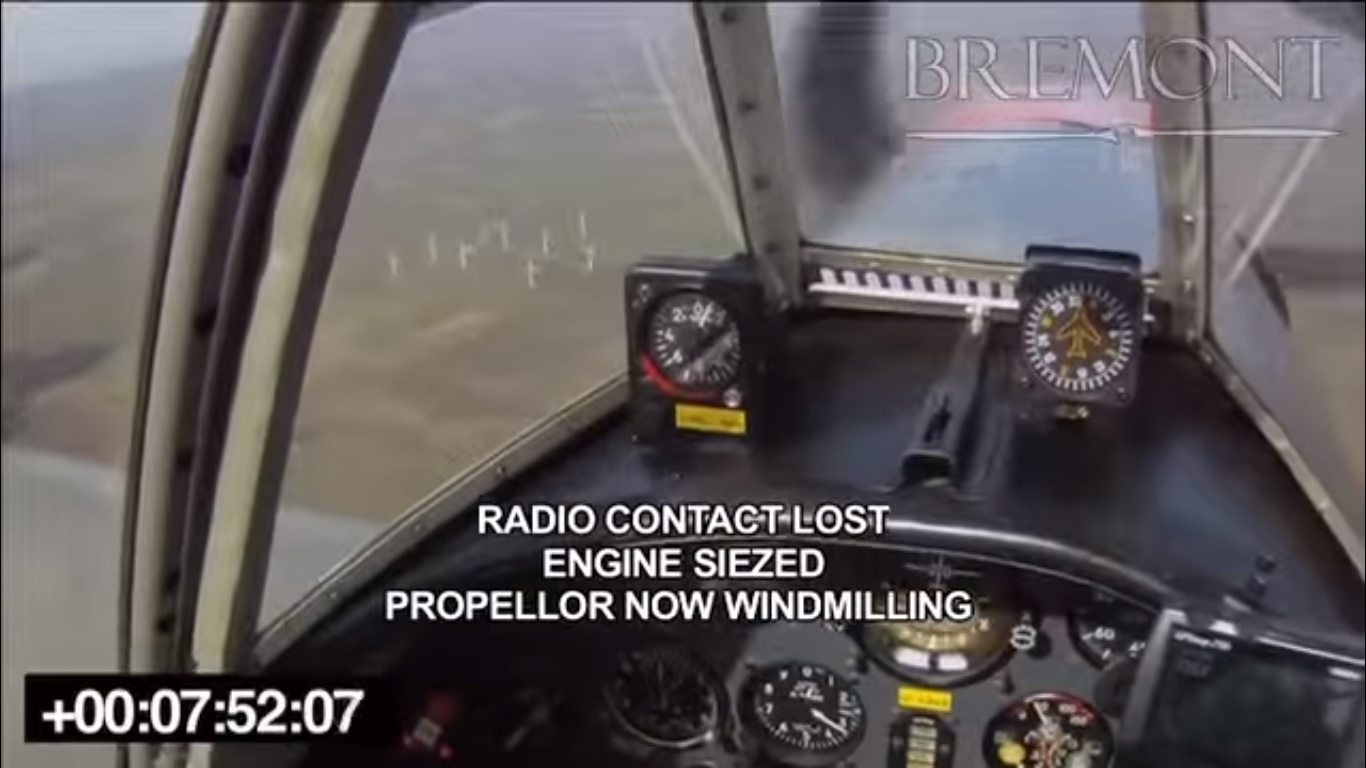 Engine failures in race cars run the gamut of emotion from spectacular to crushing to scary, especially if there’s fire involved. Whatever else happens with a car, a failed engine still allows the driver some chance to just hop or crawl out of the stricken vehicle with only the danger of falling a foot or two. However, airplane engine failures cause a bit more consternation. While pilots are trained to handle powerless flying machines, the tension from engine failure videos is borderline unbearable. For this pilot flying an aerobatic Yak 50 over northwest England, the situation deteriorates rapidly once he loses oil pressure in the plane’s radial engine.

While soaring a few thousand feet over England’s gorgeous Lake District, the engine loses oil pressure, then leaks oil onto the Yak’s windscreen, and then cuts out entirely. While the propeller turns freely in the wind, there’s no more motivation after just a couple minutes and left in between airfields, the pilot elects to find an open field to belly land. The plane’s low-speed instability makes the belly landing an adventure, but for those with flight anxiety, rest assured that the pilot walked away from this one, which could have gone far worse, thanks to his training and experience.

2016 Syracuse Nationals: One Of The Biggest Shows In The Country Got Bigger! Dirt Every Day Takes A Dune Buggy With About 38 Horsepower And A Dying Engine On A Trip To The Oregon Coast. Should End Well...