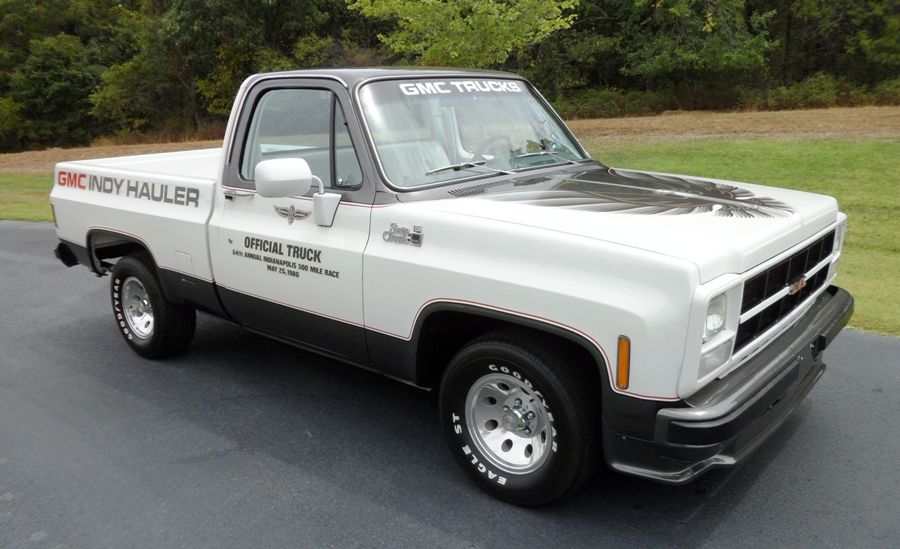 (Words by Tony Sestito) – Over the years, there have been all sorts of official pace cars for all sorts of big races. Some of those cars were actually trucks. And in my humble opinion, one of those trucks is way cooler than all the rest. Bangshift readers, I present to you the coolest pace vehicle of them all: The 1980 GMC Indy Hauler. Why do I think it’s cool? I’ll tell you why…

IT HAS A SCREAMING CHICKEN ON THE HOOD!!!!!

See, I really like the Pontiac Firebird, especially the second generation cars built from 1970-1981. I like them enough that I own a 1979 Trans Am myself. It’s ratty, but it still has a giant bird on the hood and looks like a 1:1 scale Hot Wheels. Some people find them gaudy, while some find the super cool. Obviously, you know where I lie on that one.

Anyway… Back to the truck…

I’ll be honest here: there is not a lot of info on these out there that I can find. From surfing the interwebs, I have seen that there are short bed versions as well as large dually crew cab versions, probably intended for on-track duty at the 1980 Indy 500. The official pace car that year was the 1980 Turbo Trans Am, and the Indy Hauler trucks were painted to match, down to the ubiquitous screaming chicken plastered all over the hood. I have been unable to figure out if it was a total performance package or just a really cool appearance package, but my guess is it’s the latter, because it was 1980. Let’s face it; there was not a lot of performance emanating from any of the GM divisions in 1980. But who cares… look at these things! The want is strong for both the short box and the huge-by-large versions.

Do any of you readers know anything more about these trucks? Does anyone have one? Let us know in the comments below.

These pace trucks appear to have been sold to the public through your friendly neighborhood GMC dealer. I wonder how many were actually produced. That white and gray two-tone color scheme looks awesome on the 73-87 body style. Most two-tone colors look great on these trucks, but this is just awesome. That air dam and the giant bird don’t hurt, either. 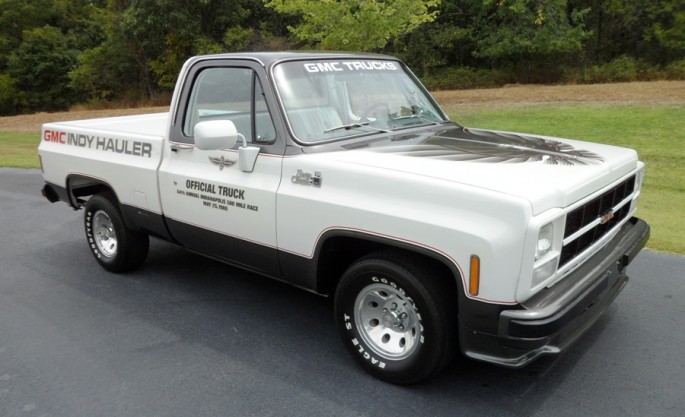 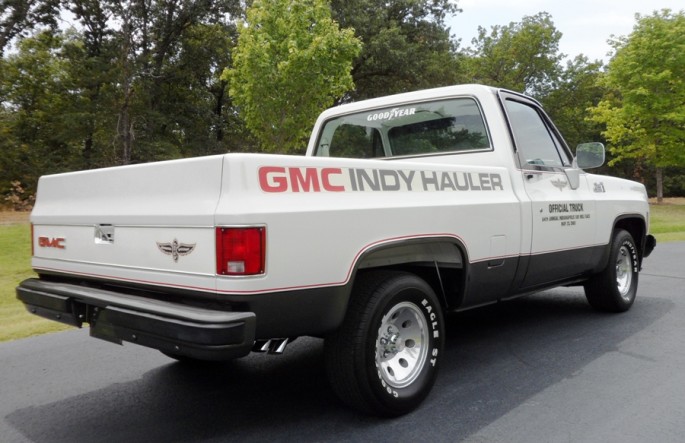 I found this big guy while Googling at a collector car lot for sale. It’s so cool! And BIG! 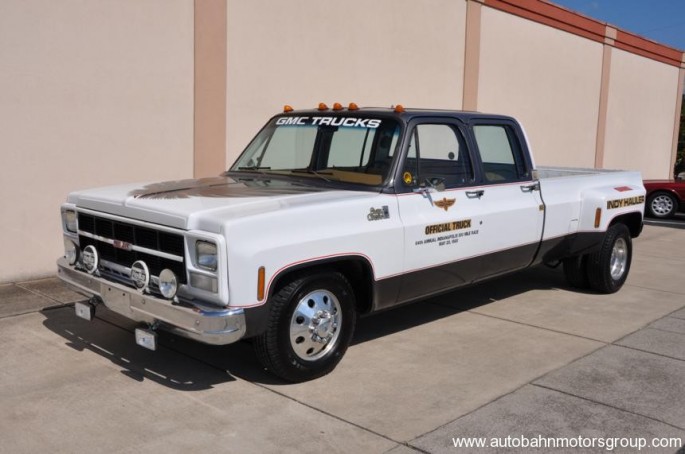 It has room for all your friends… and then some. 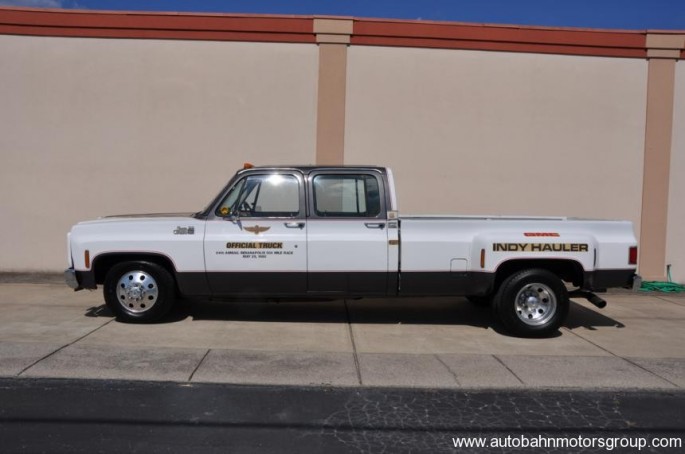 How Easy Is It To Run A II Much Fabrication Fuel Tank Vent? Here's Video Proof That It Is Easier Than You Think Watch The Wild Peace Maker Cadillac Wheelstander Spit Out A Rear Axle At Great Lakes Drag-O-Way In 1987!