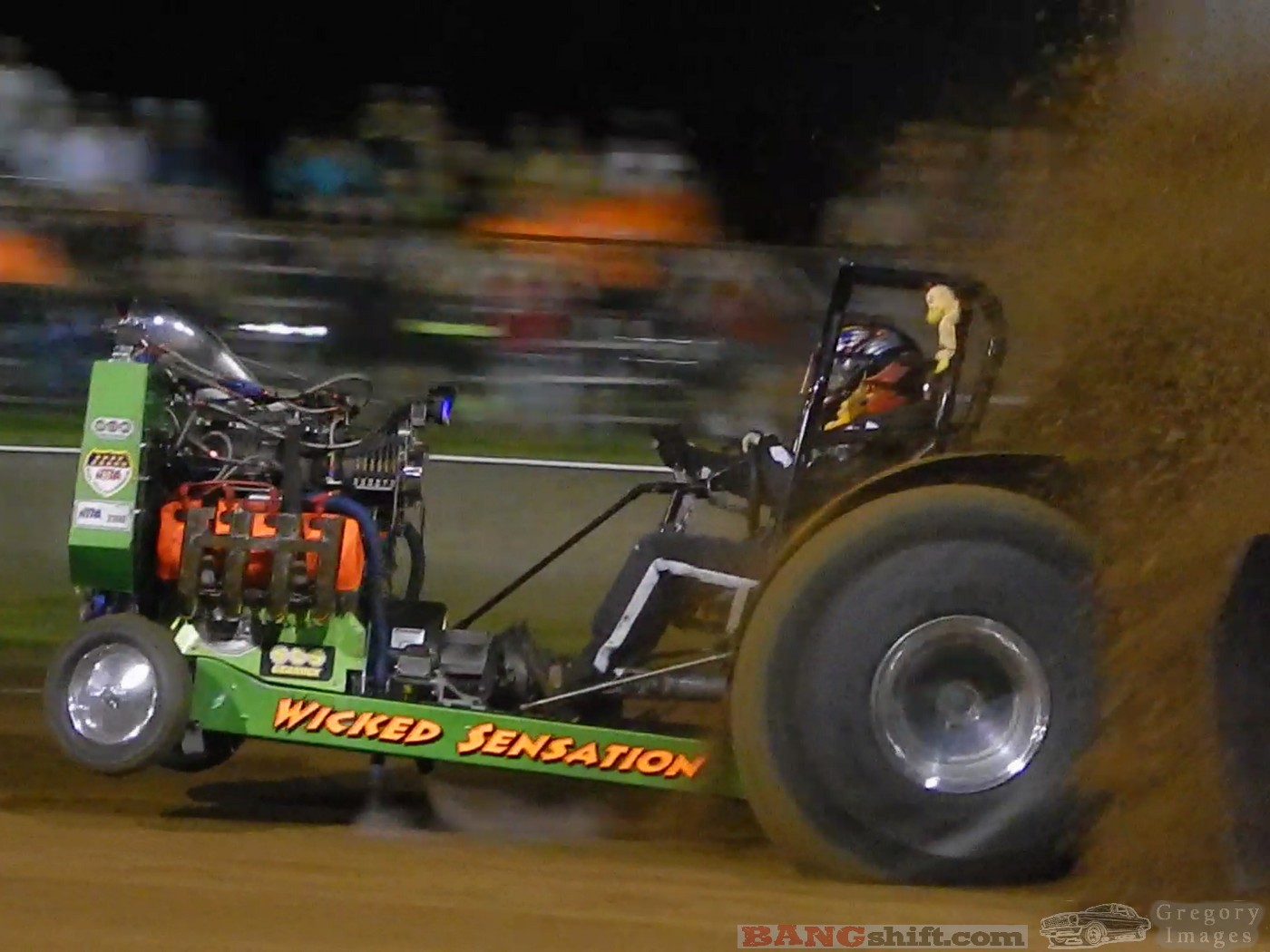 (Words and photos by Doug Gregory) – To say the name ‘Sullivan’ is synonymous with pulling is an understatement.  The family began pulling with the late Hansel Sullivan, his son Wayne and grandsons Donnie, Danny, David, and Paul carry on the family tradition in high style.  This event is generally one of the biggest unsanctioned pulls each year.  For the 2017 edition the format included Mini-Rods, Super-Modified 2wd, NTPL Legends tractors, Limited-Light Super Stock tractors, Super Stock 4wd trucks, Pro Farm tractors, and exhibition runs by Super Modified tractors.  We went knowing the threat of rain was quite high.

At least two showers caused intermissions in the action with the track crews doing an amazing job getting the ‘dirt’ back into shape each time.  Ultimately the rain won out after only a few of the last class of the night, Super Modified 2wd, took the hook.  We’re sure the forecast kept many from making the haul so numbers were down from previous years.  Still was a good time and we were treated to some good competition and awesome exhibition runs.  The National Pulling Tractor Legends Series brought out 5 rigs from yesteryear to show folks how it was done more than 30 years ago.  The diversity was off the charts with power coming from a Lycoming turbine, dual Chrysler 440s, quad 460 Lincolns, blown 426 Hemi, and …..a tri-turbo transverse-mounted chain-driven Allison aircraft engine.  Check their stuff out here:

Welcome To The Home Of The Legends!

In addition to this we were treated to Wayne Sullivan mercilessly dragging the sled behind the new Optima Batteries Kentuckian Super Modified tractor.  This thing is a serious beast and had no trouble flying down track hoisting the left front tire until the throttle was closed and everything still coasted several feet.  We always enjoy the Mini-Rods which are little more than tires, an engine, and a driver.  Not many rigs showed up, but they are such a rush to watch.  We really hadn’t planned much in advance for this one so weren’t prepared to get the best shots and it was also our first time at this venue.  Hopefully next year the weather will cooperate and we can bring you more and better coverage.  If you have the craving for a mix of dirt, diesel, and alcohol in the air I suggest making plans to be there.