Pulling Coverage: Killer Photos From The Pinetops 300 – Huge Pull In A Small Town 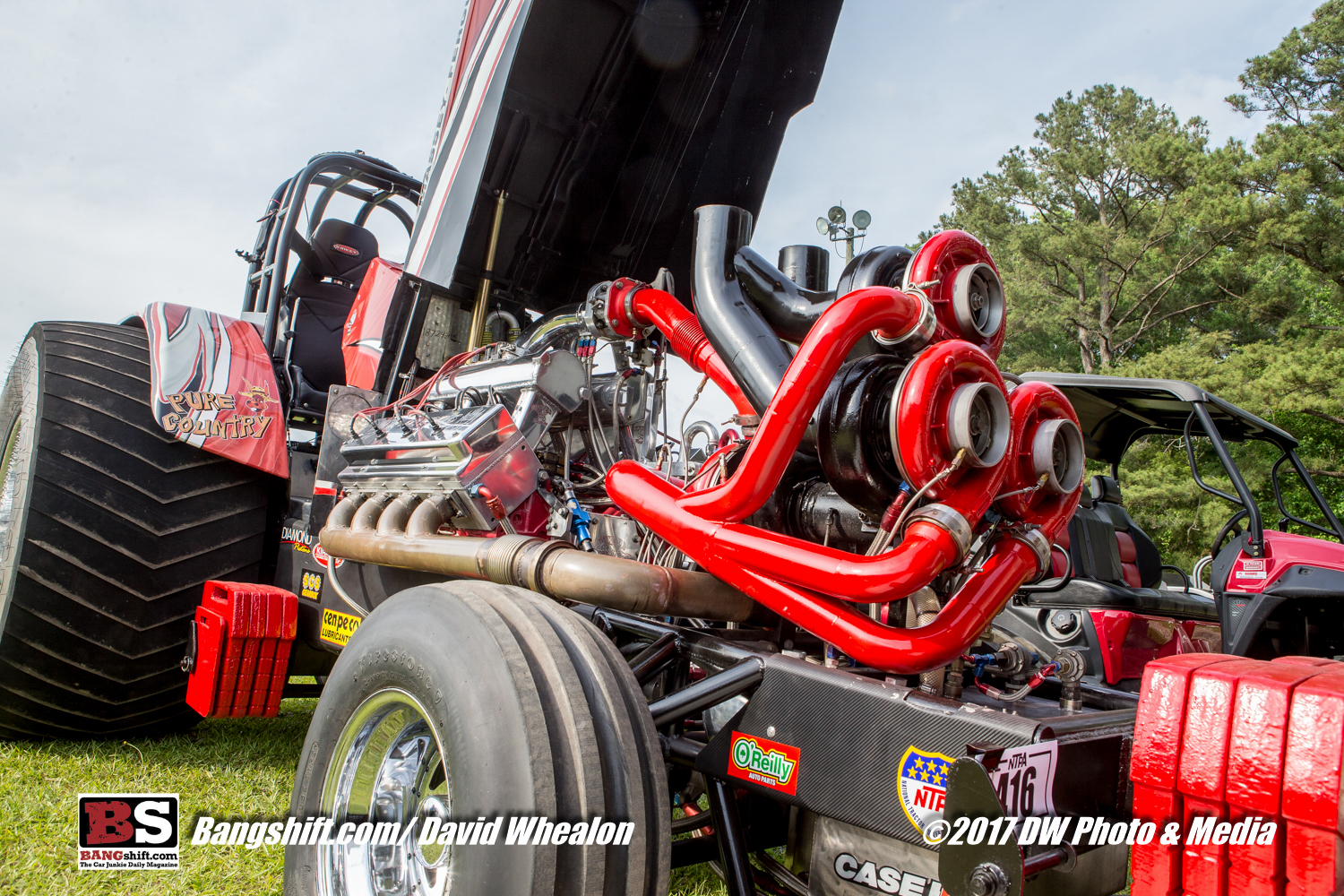 (Words and photos by David Whealon – DWPhotos) – Finally the long 6 month wait for the start-up of our southeastern pulling season is over. And has it’s been for 41 years the fine folks from rural Pinetops, NC shut down the streets and ballpark to host the longest running tractor pull in the US. The “Pinetops 300” sponsored by the Southwest Edgecombe Fire Department with much of the proceeds going directly to the FD was held like always on the 3rd weekend in May. The rural downhome feel is ever present where many of the throngs of fans are within walking distance and making parking no problem for us out of towners. Just don’t block any of the neighbors’ driveways.

When the NTPA in conjunction with the United Pullers of the Carolinas (UPOC) put on a legendary show like this there ain’t no tellin’ who’s going to show up. We had on the grounds pullers as far away as Ontario, Canada, Wisconsin and parts in-between. Total hooks for the weekend averaged 60 per night for the two night show. And with the NTPA rule change for 2017 where a floating finish is conducted for all classes which in this case was 320’, the pulloffs were aplenty. Especially in the Four Wheel Drive class on Friday night. With 20 trucks entered, seven went by the way of a pulloff for the win with Jacob Cramer from Lothian, Md. piloting his Chevy truck “Super Natural” taking the glory.  Another notable was David Lacey from Tedford, On. taking 1st and 2nd place on both nights with two of his blown Mini Modified tractors “Triple Play Unchained” and  “Triple Play Double or Nothing”. Unlike most racing series the NTPA awards championship points to the tractor as opposed the driver. And with this event being a qualifier for the Enderle Pull Off which is the NTPA version of their All-Star race, these two wins may have helped Lacey punch his ticket to Columbus, Ohio in September. As well as the preceding classes we had five more awesome pulling classes consisting of Modified, Super Farm, Two Wheel Drive, Heavy Super Stock and Light Four Wheel drive.  In Super Farm with his first time pulling in a national event hook, a teenaged Daniel McDonald took home the hardware on his International 1066 “Bad Boy” Friday much to delight of the regular driver his proud dad Marvin. Marty Harrell repeated his 2016 Pinetops 300 weekend sweep again in Heavy Super Stock on his alcohol burning four turbo V8 640 Perkins powered “Pure Country” Massey Ferguson 8480.  Also, sweeping the weekend was Dale Burleson on the vintage wheel totin’ 3 engine “Hindsight III” Modified tractor.

Next up on June 2-3 is the only NTPA Grand National event in the southeast from the state of the art Galot Motorsports Park in Benson, NC. where in 2016 nearly 200 pullers competed. Many of these same pullers will be present so stay tuned for more Bangshift coverage of what will be packed slam full of awesome pulling excitement.