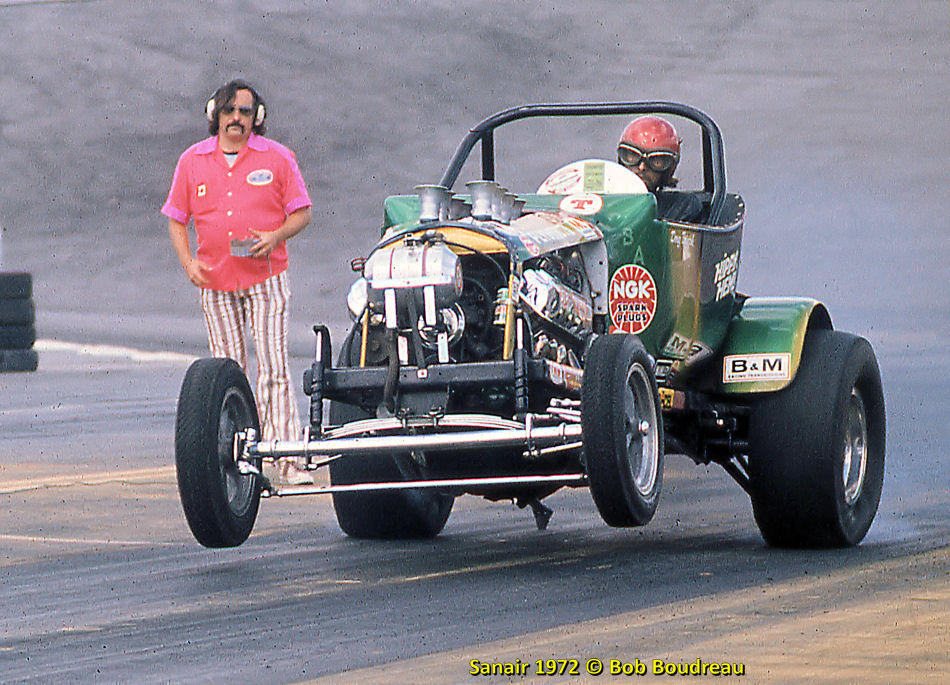 (Photos by Bob Boudreau) – It was a while back that Bob Boudreau was generous enough to share some of his awesome photos from the 1972 NHRA national event at Sanair Super Speedway in Canada and we ate them up. In an awesome plot twist that no one (not even Bob) saw coming, we have another 200 photos from that race to share with you and we’ll be doing so all week long in increments. You’ll of course see amazing cars but there are some super cool candid photos of people like Wally Parks, Buster Couch, Linda Vaughn, Grumpy Jenkins, and a whole lot more spread in here as well.

This group of photos has images from tech inspection, sportsman action, funny cars, dragsters, and more all ripping up the Canadian track. Racers from the eastern half of the country will be loving these photos because due to the location of the race, lots of the sportsman competitors are from the eastern seaboard from Maine to the south. The cars have names, the cars have a look that is indelibly 1970s, and the photos all have the same character. From the clothing to the paint jobs that the cars have on, the psychedelic 1960s were quickly morphing into a decade that would be come very hard to define both culturally and in the sport of drag racing.

Without further adieu, let’s hop in the Bob Boudreau drag racing time machine and launch right back into 1972 when these photos were shot. Amazing stuff and we’ll be coming at your with it all week long! 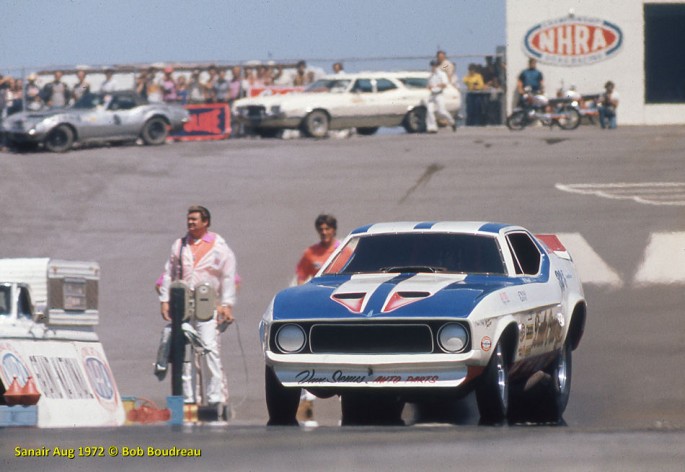 One thought on “1972 NHRA Sanair – New Never Before Published Photos From The Race, Cars, Stars, History In Living Color!”