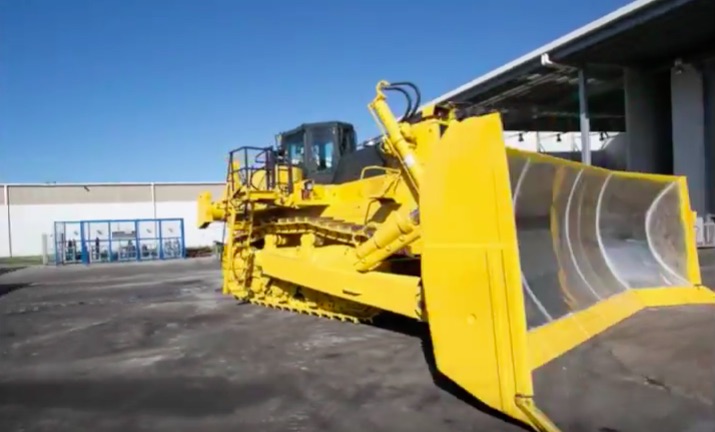 While the world can no longer produce a toaster that is repairable in the event of a problem, we can still make some bad ass heavy equipment that is designed to be serviced and rebuilt at regular intervals. In this case we are talking about a quarter million pound Komatsu D475. This thing gets rebuilt be a bunch of guys in Australia below and you can watch through a cool time lapse video. It looks like a three shift job to us judging by the fact that there are people buzzing about during daylight and darkness.

We know a few guys who work on stuff of this scale and it still impresses the hell out of it. Like ants that can work as a team to do stuff well beyond their capability as individuals, humans are the same way. If this were a one man or a two man job it would be an unending nightmare. Put a bunch of skilled guys on it 24/7 and the work gets turned out in a hurry. It is interesting to us that the mechanics can pick up on each other’s work. Not shocking, but kind of cool that they have to work together to do a quality job and start where the last guy stops.

The Komatsu D475 is the second largest commercially sold bulldozer that the company makes. It weighs 238,000lbs, has a 900hp engine, stands 13 feet tall, has blade widths that basically start at 17ft and get bigger from there, get worked in mines and monster construction sites, and fulfill the dreams of man children like us.