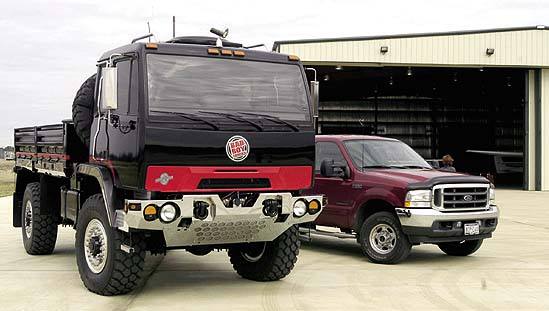 Considering that I didn’t spend the better part of 2004-2005 in the United States, when I returned the first thing I did was to scratch my head and wonder what the hell was going on. The big thing seemed to be medium-duty trucks with pickup beds that were touted as some kind of practical vehicle, an alternative to a 1-ton dually, the fastest way to make a statement in your neighborhood. TopKicks, Kodiaks, F-750 Super Crewzers, at least three versions of Internationals and Freightliners, with production dually beds, four doors and creature comforts through the roof. It was the automotive world’s knee-jerk reaction to the hybrid, I thought. What says “anti-Prius” more than a four-door medium duty truck costing six figures that could carry a Prius in the bed without breaking a sweat? Unless it was hauling a horse trailer or one hell of a fifth wheel behind it on the Interstate, I thought that they were beyond ridiculous. And then that bar got re-set with a vehicle I was extremely familiar with… 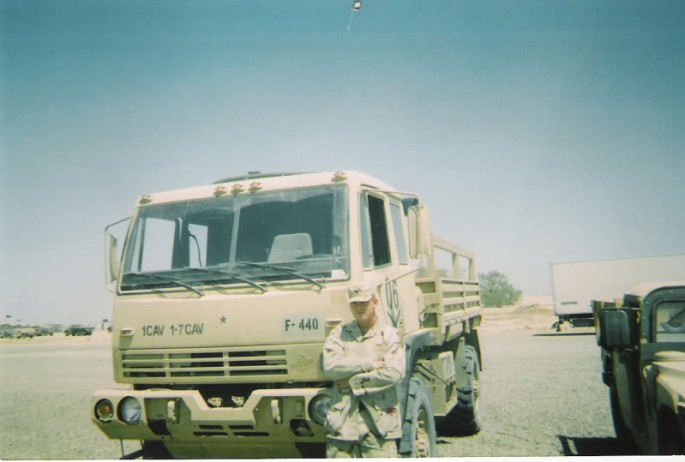 About that time, I had just returned from my first visit to Iraq. In this photo, I’m standing to the truck that I worked like a dog for my first thirteen months overseas, a Stewart-and-Stevenson built LMTV, in this case a 1998 M1078. I have great memories with this beast, and  even though I was disappointed that the M35s with the manual transmissions were long gone by the time I had joined the Army, I soon realized that this lump of sand-colored, diesel-powered fun would do just fine. It would do well over the prescribed speed limits set both by S&S and Army doctrine, while hauling a load and a trailer. Unloaded, this might be the most capable off-roader I’ve ever driven, HMMWV included. I loved the truck…and someone, somewhere else, thought that a bunch of GIs with deployment money might want a civilian version of one. 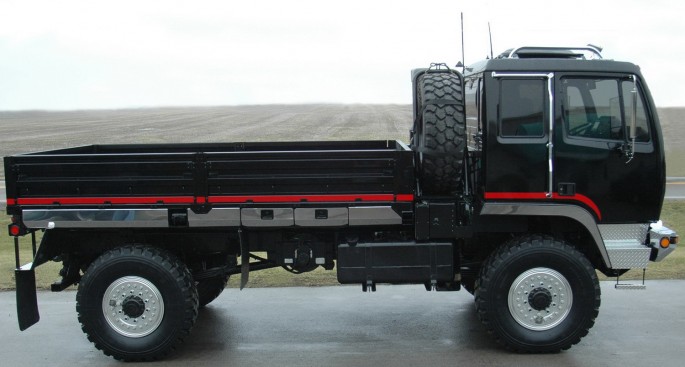 At first sight, the black and red truck looks bad ass, and the small civilian touches help. But then you read the name…and I swear, I’m not making this one up at all. I couldn’t have come up with a worse one than the “Bad Boy Heavy Muscle Truck”. Because LMTV was too complicated? M1078 too alphanumeric? Whatever the case, if you ignored it’s title, the HMT was still absolutely ridiculous in just about every regard. Unloaded, this is a 22,904 lb. 2.5 ton truck with air brakes. A Caterpillar 3116 sporting 275 horsepower and 750 ft/lbs of torque moves the cab-over beast, which requires 58 gallons of just about anything flammable to fuel it. JP8, diesel, Chanel No.5, whatever. The damn thing comes with a built-in ladder so that you can get into the bed of the truck without busting your ass while climbing a tire!

Inside was even further off of the deep end. I wish photos of the interior were available on the Internet, but the closest I can get is when it was shown to Al Roker on NBC, and the video quality sucks. Leather was sourced from the same companies that sell to Mercedes. Black leather, a sound system that could pulse your brain out of your head, and a mirrored ceiling where the gunner’s port panel is are just some of the trinkets that were available. And the initial cost? $379,000. Any guesses on what an auction-ready LMTV from a site like GovPlanet costs? Right about now, a running M1078 will set you back about $5,000 before repair work. If you could justify owning a large, capable vehicle, then all the better for you. If you were able to drop $400K on a huge truck, congratulations. But I dare you to say it’s name…It’s actual name…without feeling a bit weird about it. 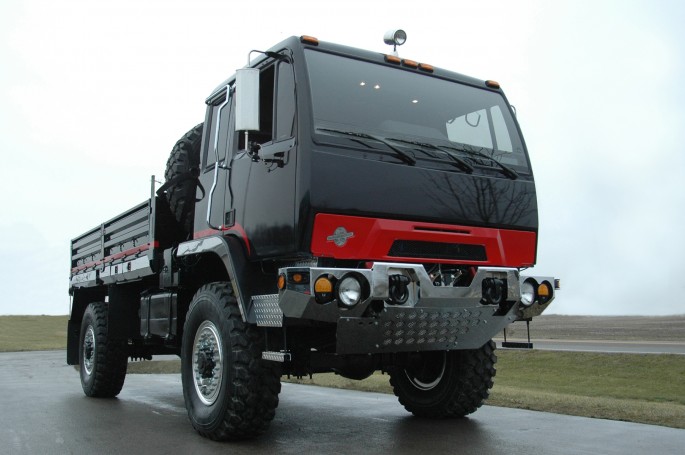