Red Bull Frozen Rush 2015: This Trick Animation Shows The Track Layout, Jumps, Chicanes, And How The Trucks Will Battle Head To Head In The Snow

Jan 06, 2015Brian LohnesBangShift XL, XL VideosComments Off on Red Bull Frozen Rush 2015: This Trick Animation Shows The Track Layout, Jumps, Chicanes, And How The Trucks Will Battle Head To Head In The Snow 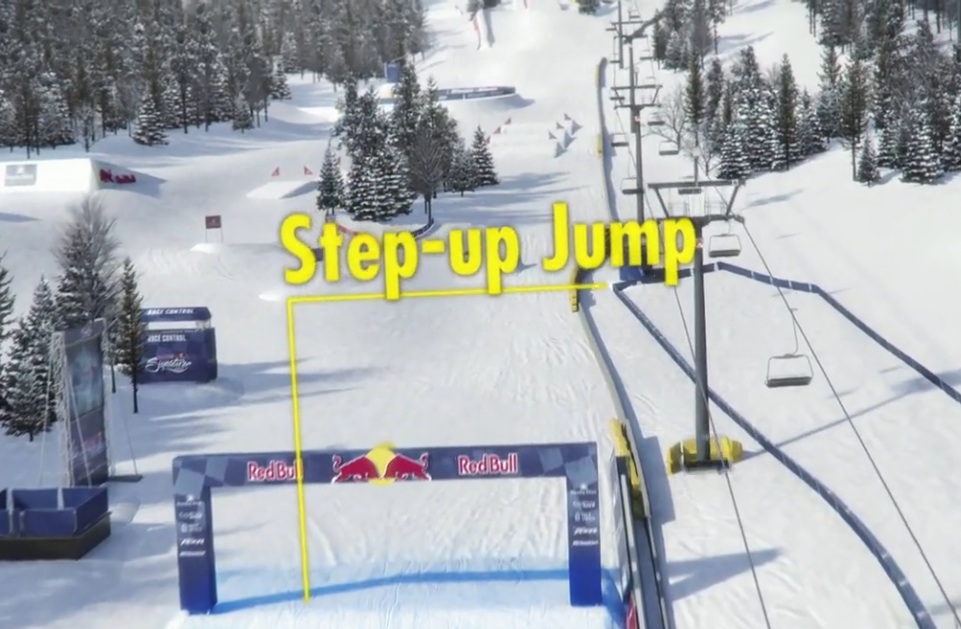 We’ve been beating the drum pretty hard on Red Bull Frozen Rush 2015 only because we’re losing sleep at how neat this whole thing will be. It is not often that us New Englanders get to claim somehting as awesome as this as our own so as Nutting and I have been creating our game plan to bring you sweet coverage of the race, we’re both giddy like kids thinking about how good the 900hp trucks will sound, how cool it will be to have the full run of the place to bring you coverage from the pits and the track, how Nutting will look after getting blasted in the fact by snow from one of the studded BFG tired the trucks use, and how I will be calling him names when he complains about the projected 10-degree temperatures we’ll experience this week in Maine. Like I said, we’re getting this year off to the right start for sure!

This video below was created by Red Bull and it is an animated tour of what the track will look like. There’s all kinds of stuff that these drivers will be contending with like various types of jumps (including the popular cross over from last year) a rhythm section of whoop-de-doos, a big banked corner, a 50ft gap jump, chicanes, turns a plenty. The 900hp trucks will be clawing at the groomed snow like crazy and as you can imagine the whole scene presents a pretty awesome scene for photos and all the rest of the coverage that we will bring you.

The race will be contested in a drag race bracket style format and that leads to a tight package. Basically the trucks will practice on Thursday and then on Friday it is race time. Each pair of trucks will start and the winner will advance. Once we get down to the final two trucks that’ll be the runoff for the roses and whoever takes the checker first will be the Red Bull Frozen Rush 2015 champ. Last year it was Ricky Johnson who cleaned house but he’ll have competition from all sides this year. The list of drivers (which we’ll go through this week) is like an all-star team for off road racing. It is going to be a riot.

There will be a live streaming broadcast of the event on Friday so stay tuned for that information as well. We’re pumped to be there and this video will show you why. Flying trucks, flying snow, flying Nutting, what’s better than that?!

PRESS PLAY BELOW TO SEE THIS COOL ANIMATION FROM RED BULL SHOWING THE COURSE AND HOW THE TRUCKS WILL FLY, SLIDE, AND SMASH THEIR WAY AROUND –

One Down, Eight To Go: Arizona Couple Wind Up With A Bobcat In The Grille Of Their Car Fifteen Year Old Kid Buys And Crashes Aston Martin In The Span Of Three Days...How?