Return Of The Monster Trucks – This 1986 Movie Shaped Many Gearhead Lives! 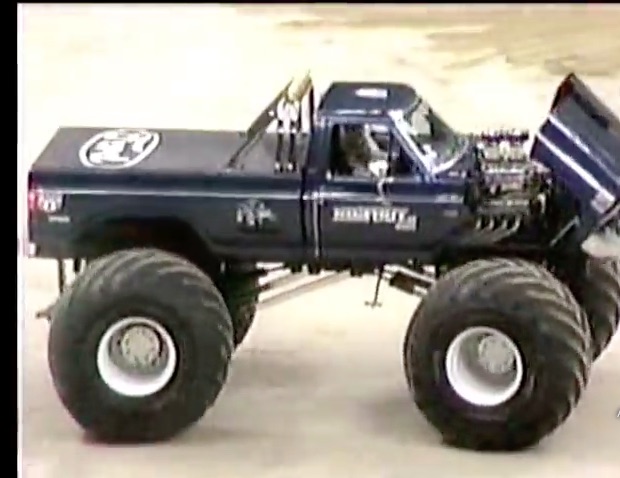 Well here’s a blast from my childhood! Return of the Monster Trucks was one of the most important videos I ever watched because it has a lasting impression on the rest of my life. Seriously. If you want to believe the stuff said in the video, this is a video capture of the first serious head to head monster truck race. The course was pretty awesome and built inside of the Louisiana Superdome. There was a 100ft sled pull, a cross over turn, a big dirt berm, car crushing, and a “mud pit” that was basically a splashdown puddle for effect. While the course may be lightweight for modern standards it was heavy duty for 1986 standards. As much time as I spend around professional motorsports these days I respect the balls of the early monster truck guys even more. This was all home built stuff they were racing and while it was not as fast as the rigs of today, it was still cool.

From the test ride in the monster truck Aerostar van that Bob Chandler and Steve Evans took to the weird and uncomfortable on-camera action hosted by Claude Aikens, this is one of those videos that will kind of define my life. Maybe that is weird to say. Maybe it isn’t but I know that many people reading this have watched this film and they watched it as an impressionable kids like me.

The racing competition is amazing, even though it is not the fastest in the history of monster trucks. These lumbering beasts put on one hell of a show and they managed to actually crush the hell out of the cars as well, unlike today’s trucks that don’t actually crush anything. Meh, I sound like an old man.

Press play below to see Return Of The Monster Trucks – 1986 Classic!

A "V" Ain't The Only Way: Watch This Built Chevy 250 Make 320hp On The Engine Dyno We Don't Know Why But We Like It: This 7-Cylinder Briggs and Stratton Sounds Good!