The Most BangShifty Rube Goldberg Machine Ever! This Steam Powered Can Crusher Rules 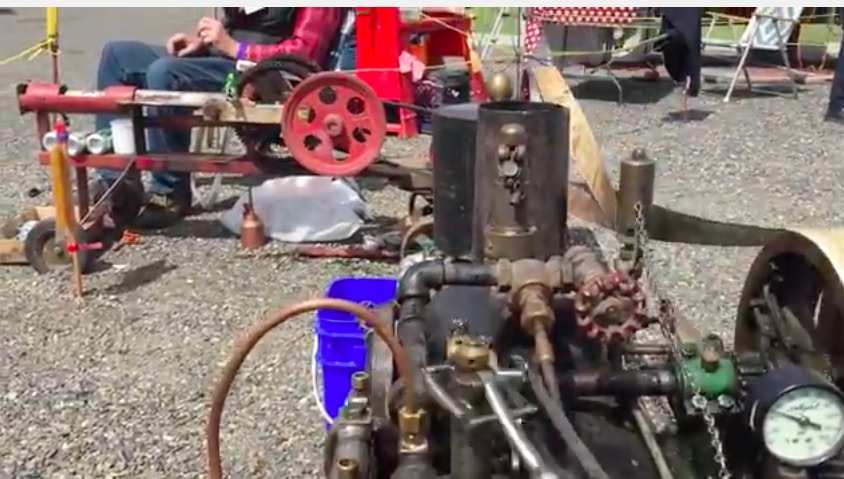 Let’s be honest with each other here, gearheads are very talented at complicating things for fun. I’m not saying that as a bad thing but rather as a badge of honor. The best representation of this that I have recently found is the most BangShifty Rube Goldberg machine ever. This guy uses a killer miniature traction engine to operate a can crushing rig for fun and we love it. He has no idea of the history behind the miniature traction engine which is running the belt that powers the can crusher. He did say that when he bought the little traction engine he sent it to a boilermaker to check over and make sure it was safe to run. It got a clean bill of health and now chuffs away with 50psi worth of steam making the power.

The massive amount of gear reduction between the traction engine belt speed and the can crusher is where this thing makes all over its crunching power. It is almost therapeutic to watch and the system is ingenious. A can goes into the tube, the piston gets rotated up into the bore, crushing the can and then once it is crushed enough it falls from the tube and into a collection area. The piston returns an the next can is loaded.

So why wold someone spend the time and energy to develop this insanely complicated system for a job that can be accomplished by a dead blow hammer in about three seconds? Because gearhead, that’s why! Pure entertainment is watching this whole machine do its job. It is about the wackiest setup we have laid eyes on in some time but we love the fact that it not only exists but exists to entertain others.

Anyone know anything about the little traction engine?

The most BangShifty Rube Goldberg machine ever – steam powered can crusher

BangShift Question Of The Day: If You Were Remaking Two Lane Blacktop Today What Car Would You Have The Guys Drive? Mining For Gold: Fixing Up An Abandoned Project Mustang For Goodies To Harvest Later

3 thoughts on “The Most BangShifty Rube Goldberg Machine Ever! This Steam Powered Can Crusher Rules”