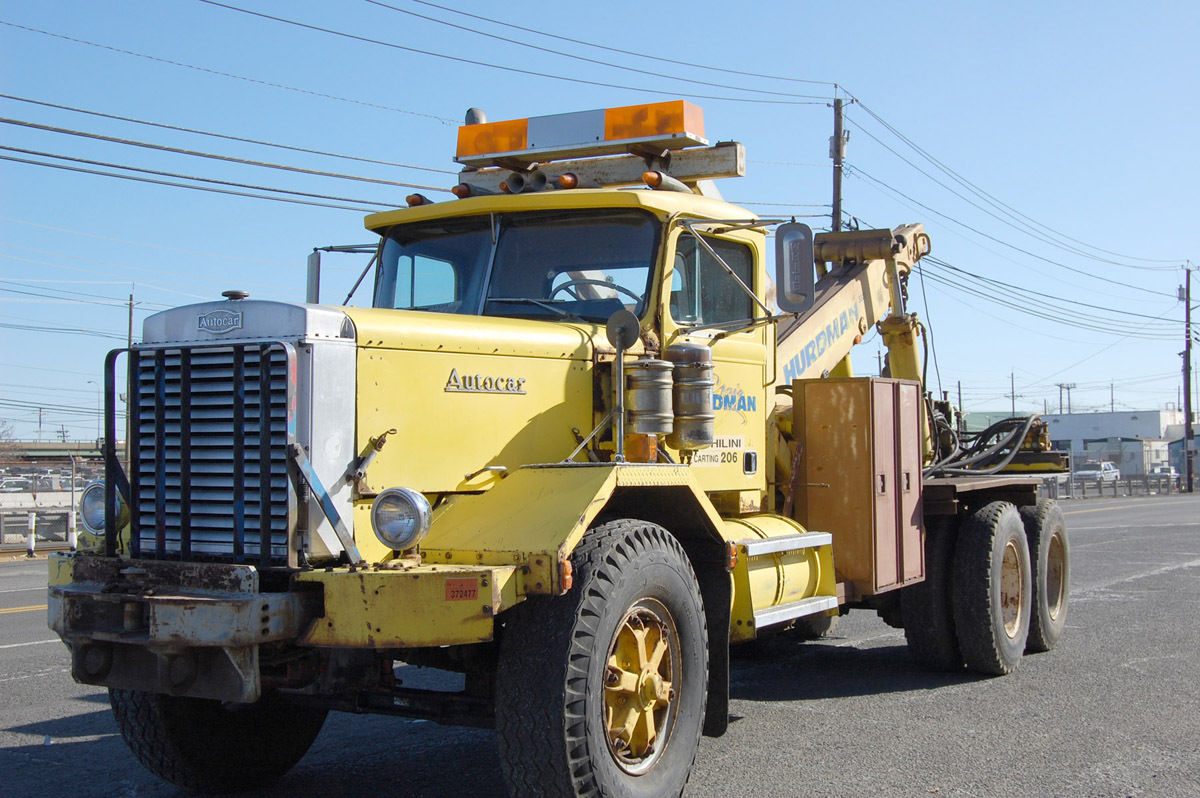 It is big, it is ugly, and it is armed to the teeth with pulling power. This 1972 Autocar wrecker was custom built by the seller years ago as a heavy duty rig. How heavy duty? His concept was to build something capable of pulling fully loaded cement trucks and road going cranes. The thing has a 355 Cummins in it, and most importantly two 60-ton rated hydraulic winches that pull one inch thick steel cable.

It lacks all of the fancy pants dress up stuff that modern trucks have, the boom is not a rotating style, it cannot be controlled by remote, and that makes us love it all the more. Hell, look at the setup on the front of the thing to attached a cable of whatever else you want to. If that isn’t industrial strength we’re not sure what is.

The truck itself is pretty neat, being a 1972 Autocar. I’ve got a fondness for those trucks because I honestly don’t think that there was a “design” department at Autocar, especially for their heavy duty stuff. The wide and basic steel fenders look awesome, the bumper mounted lights are tough stuff, and while there are no interior shots of the cab, I am guessing there is lots of steel and very little fluff in there. The bottom line is that this rig was built to work and that’s about it.

Here’s a technical rundown on the truck from the seller:

The final photos of the truck running down the highway, presumably taken years ago after it was freshly (or semi-freshly) built is my favorite shot. The thing just looks industrial from that angle and wide open it likely isn’t going all that fast. The deepest gear in the transmission is a .65 overdrive so it would crank along at good highway cruising speed but it isn’t cut out for bonneville racing. The only thing we wish we had were some photos of this monster with a loaded cement truck on the hook in the back!

I can honestly say that if I had $15,000 lying around, I would make an attempt to buy this thing. 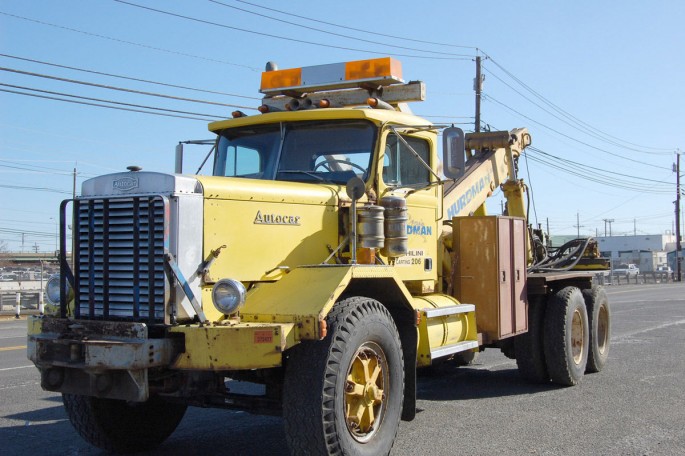 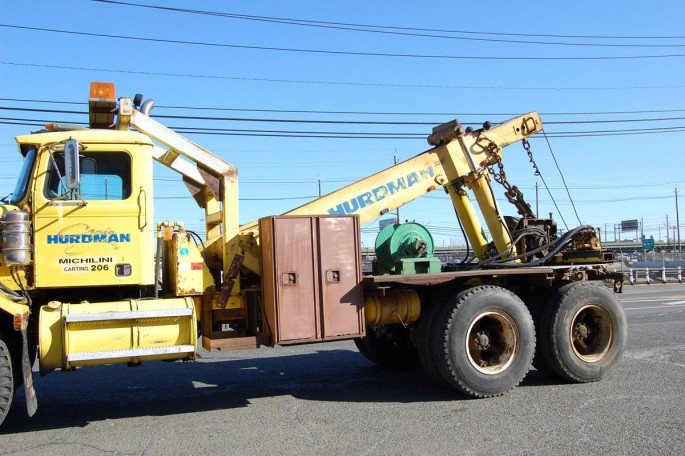 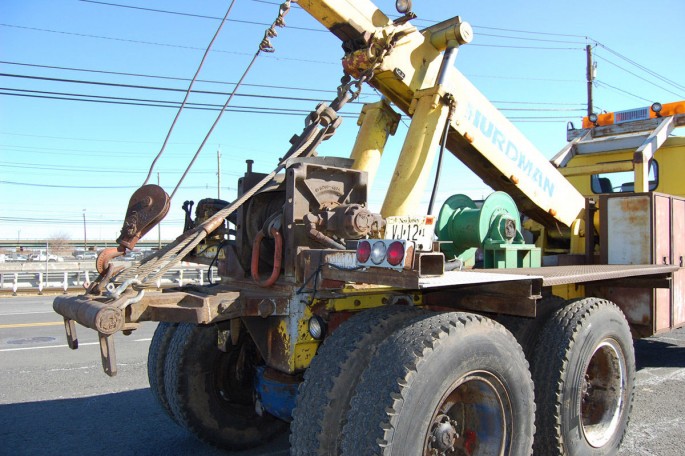 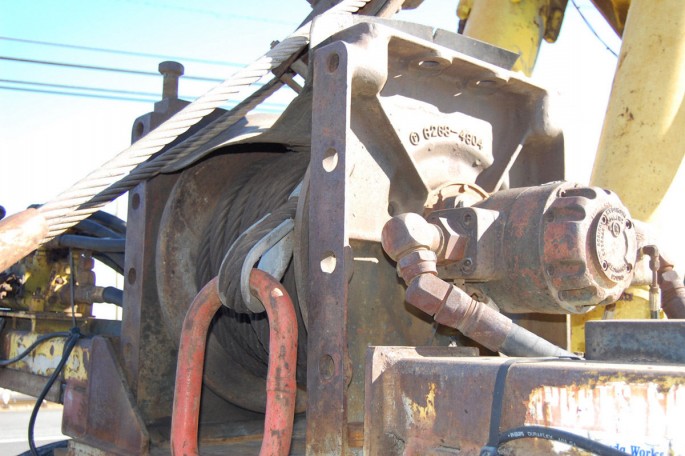 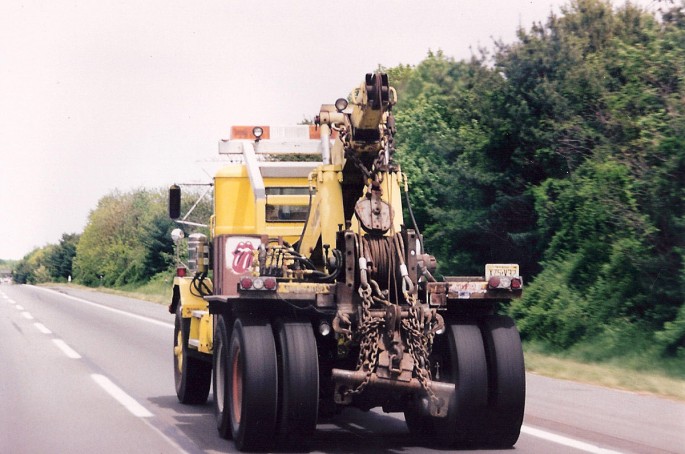 CLICK HERE TO SEE THE LISTING FOR THIS 1972 AUTOCAR WRECKER

Snap-On Tools Made The 48 Hour Corvette Build Possible - This Video Is An Awesome Look At Them In Action Insane Drag Save! Watch Two Cars Nearly Collide At A No Prep Race Yet Both Emerge Unscathed

One thought on “This 1972 Autocar Wrecker Was Custom Built To Tow The Seemingly Untowable – Twin 60 Ton Winches!”