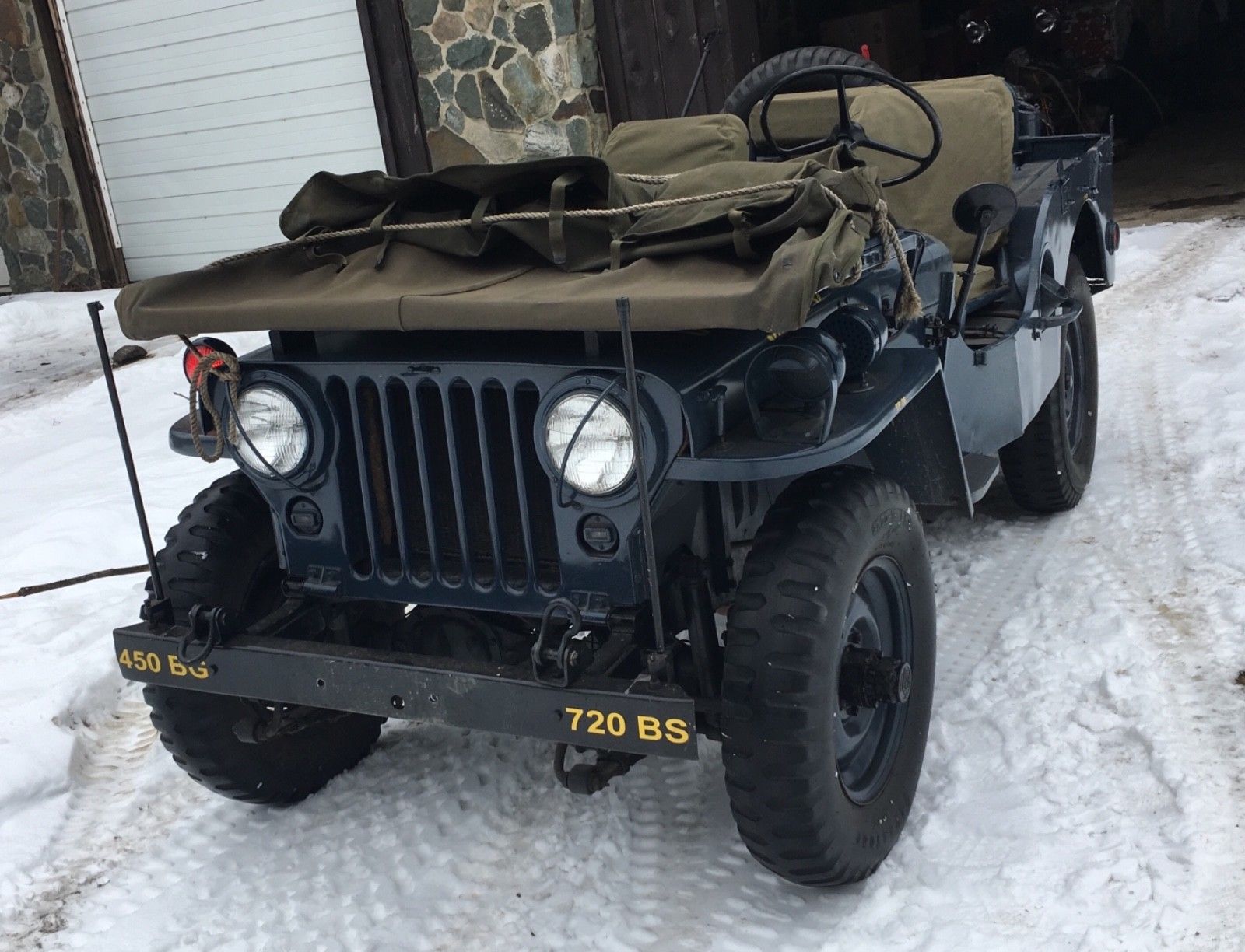 I’ve been on a weird kicks lately hunting the internet for vintage Jeeps. I think it would be beyond bitchin’ to have one as a summer cruiser and to beat around at home with. I know that they are rough riding, slow, and about as appealing as an old farm tractor in the styling department…and those are all the reasons that I love ’em. This particular 2952 Willys M38 knocked my socks off because the thing is really, really nice. Dressed as a Navy version of a Jeep with its blue paint, it is complete, running, driving, and likely better than it was when first produced in 1952 in several respects. The Jeep was restored to the letter of what it would have been the day it arrived at a Naval base in ’52.

The Willys M38 was produced from 1949-1952, making this one of the later examples of the run. 60,000 of them were built and they were used in Korea and of course at other places around the globe but mostly here at home as best we can tell. The M38 was a military version of the CJ3a that civilians were buying and using for all different kinds of stuff from ranching to snow plowing back then. Jeeps became heroic symbols of American triumph in WWII and they were still an extremely capable little package. This thing is 2,600lbs, it is powered by the tough little 60hp Go Devil four banger, and it continued to ride on the 80″ wheelbase of its older brothers.

The iconic grill was still present in the M38 but there was a change with the front end. The headlights were no longer recessed, they actually bulged out slightly and as you can see there were little guards added to protect the lights when the Jeep was in the jungle or the woods and they could be broken.

Three sticks through the floor, four “seats” that are kind of like torture racks, tools mounted to the side, and a cloth top. Hot damn, I’m in love!

eBay: Hammer the images below to check out the ad for this 1952 Willys M38 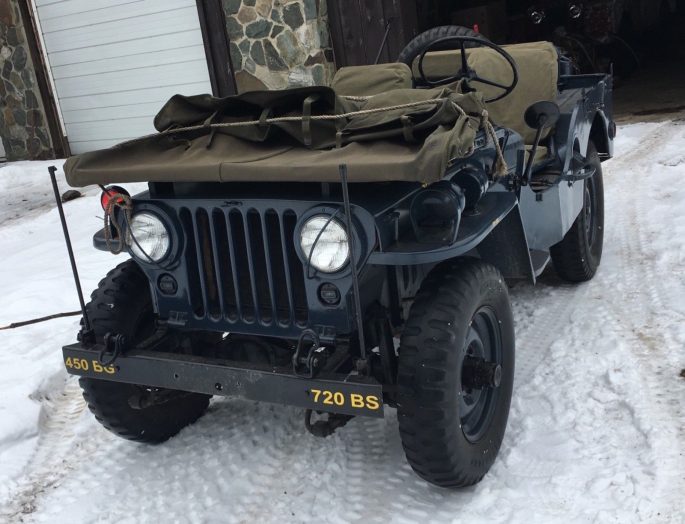 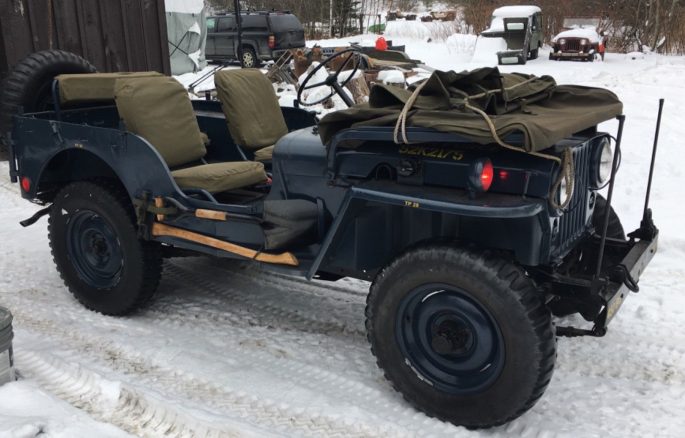 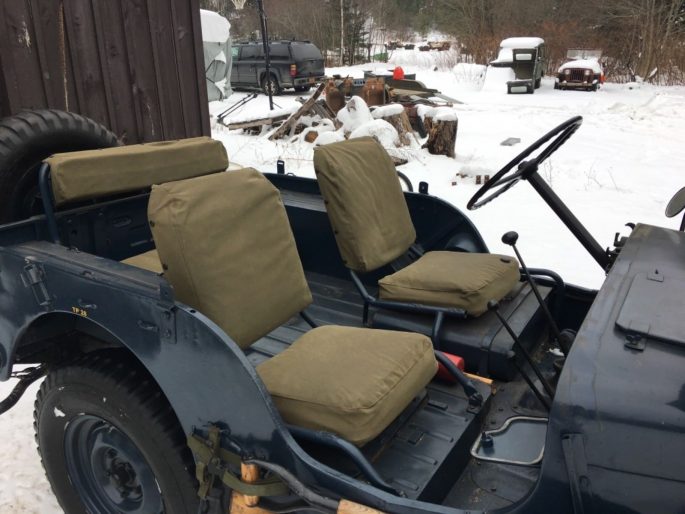 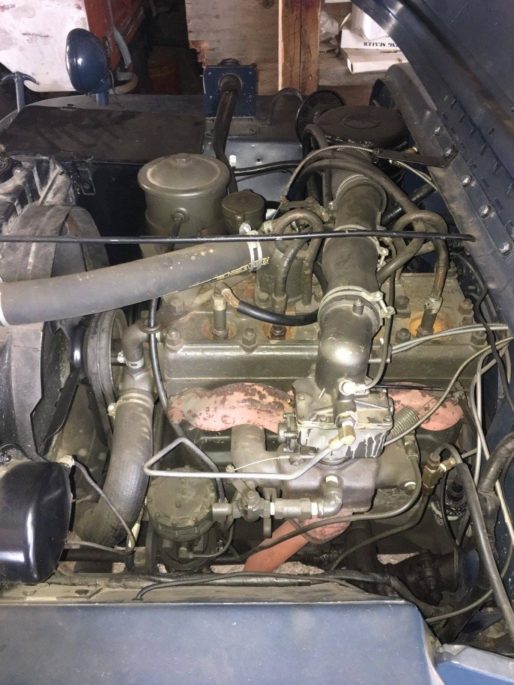 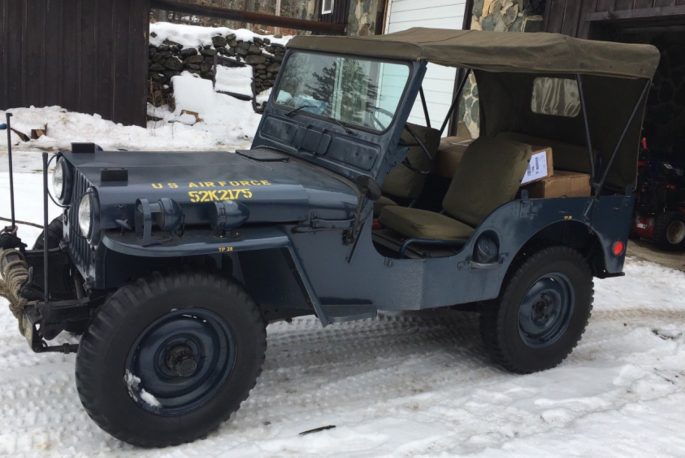 Project Raven Imperial: The 360 Rebuild, Part Two - Work Progresses, Grinds To A Halt, Progresses Again... Wanna Win A Jeep? Get In On The RacingJunk.com Wrangler Giveaway! It Takes Like 20 Seconds!