This Is What A Truck Driver Looks Like – A Cool, Calm, and Calculated Logging Road U-Turn 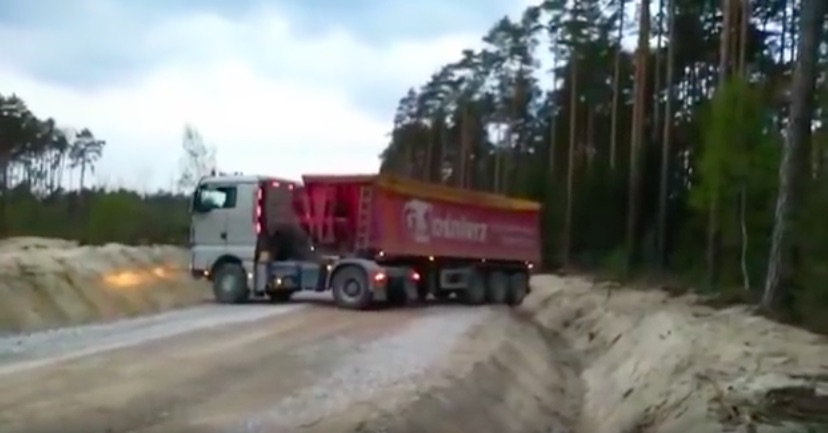 There’s a difference between a person who drives a truck and a truck driver. This video shows a truck driver making a U-turn on what seems to be an impossibly narrow dirt road in the middle of the woods. Normally when we show you a video like this the driver gets the truck turned inside out and then flops the thing on the side. Not this guy. Through a series of well considered moves, he makes this turn look pretty easy but the fact remains that it is anything but easy and a couple of feet in either direction would have resulted in a big mess and a really huge towing bill.

The awesome part here is not the fact that he actually makes the turn but rather the way he makes it. Every inch, every crank of the wheel, and every careful stop in the process gives the watcher enough time to wonder if the driver is going to miscalculate and screw the whole thing up. He doesn’t. There will be lots of armchair jockeys who will poo poo this as just another day at the office but there’s very few people reading this who could do what this driver does so seemingly easy.

Yes, if he didn’t have a cab over tractor he’d be screwed, but he does and the man makes use of it!

Watch This Guy Drive His Behemoth Caterpillar 666 Tractor Around The Streets In England Like He Owns The Place Crazy, Dumb Fun Video: Backwards Racing At Beech Ridge Speedway Is Flipping Awesome (Literally)