Hidden Heroes: This Profile Of Lee Beard After The 1989 NHRA Championship Season Is Awesome 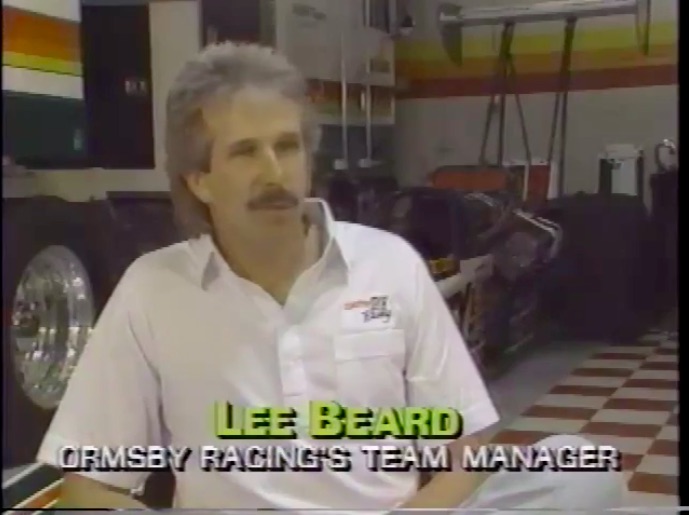 Boy has Lee Beard had an interesting life in drag racing.  Lee’s a champion crew chief who has worked with and brought along many, many great crew people and drivers over the years. He got his first win at the 1980 Mile High Nationals as the crew chief for Jerry Ruth and it kicked off a hall of fame career. His true rocket ship to stardom in drag racing was working with Gary Ormsby and winning the 1989 championship in dramatic faction after a few wrecks over the course of the year.

Lee has forgotten more about fuel dragsters and how they operate than I will ever know and he’s great at sharing that knowledge to dive deeper into some of the systems and situations that come up on the racetrack.

This is not just a look at Beard but really an in-depth look at how a top shelf top fuel team operated in 1989 and frankly it is not all that much different than they operate today in many ways. In other ways it is totally different. There are fewer people but there’s still shop space, there’s tools, there’s craftsmanship, and there’s more work than seems humanly possible to complete between races.

The neatest part of this video is how Beard, Ormsby, and the crew got so deeply into the heads of other competitors in the 1989 season with their placement of the famed “green towel” over the throttle pedal in the car. This was basically a big distraction that other teams got freaked out about because Ormsby’s reaction times and the car’s performance had improved so drastically year to year, the towel had to be hiding something. Beard and crew did work on their car, improve it mechanically, and make it better but it had nothing to do with the towel.

This video tells the story and tells it amazingly well.

Press play below to see this video on Lee Beard, coming off the 1989 championship –

Photos: The Cars Of UMI's Autocross Challenge. The Muscle Cars, Sports Cars, And Sedans That Tore It Up At UMI Motorsports Park Super Scoopers: Watch This Awesome Sand Drag Racing Video From The Import vs Domestic Race In Virginia!

One thought on “Hidden Heroes: This Profile Of Lee Beard After The 1989 NHRA Championship Season Is Awesome”