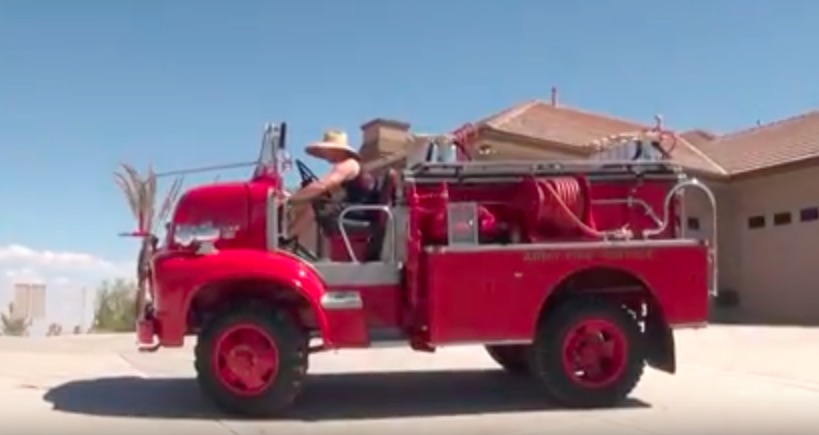 The OCD Resto YouTube channel is filled with the kinds of things that some of us freaks dream about. Big four wheel drive trucks from the 1940s and 1950s, many of them used for fire fighting and all of them restored to the nines fill up the videos. These trucks are rare because most of them were either one offs or they were like the one you see below where a handful were built and the vast majority of that already small number were worked right into the ground.

The particular truck that is profiled below really struck is as neat because of how weird it is. Starting off with a 1956 Ford C500 chassis, Marmon-Herrington did the four wheel drive conversion and then it was shipped to Canada where it was destined to live out the rest of its days after the body was built by a Canadian manufacturer. The open cab machine was actually built for the highly specialized task of fighting brush fires on a BOMBING RANGE!

Part mountain goat and part fully functional brush fire fighting truck, we’re pretty sure you have never seen a monster like this before. 11 of them were originally built in 1956 and according to the OCD Resto channel there are four of them left remaining in the world. If this is not the nicest one left for the world to see, we’d be thoroughly shocked.

The work that this dude does with these truck restorations is mind blowing.

Click the image below to see the video – no embedding allowed so that’s the move! 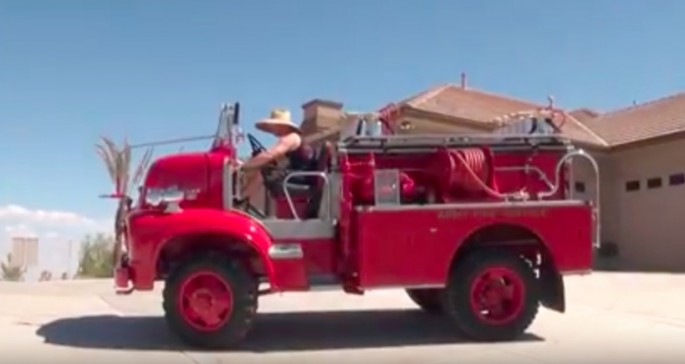 Video: This Guy Built A Ratty, Rough, and Perfect Bullitt Mustang As A Tribute To The Movie Watch The Top Fuel Final From The 1986 NHRA US Nationals - Garlits VS Gwynn!