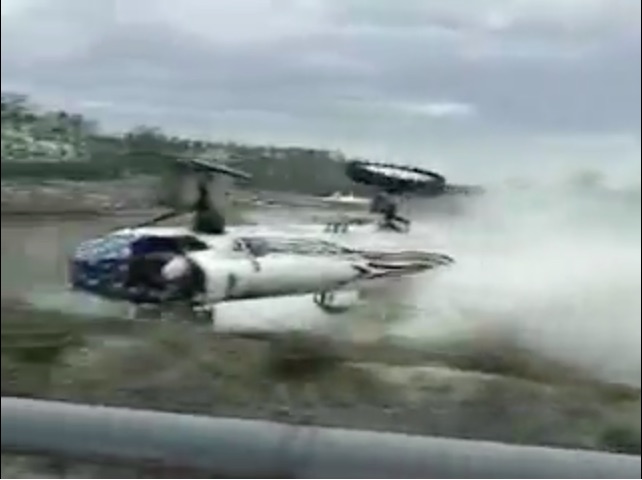 Now THIS is a pretty interesting video. You are going to see a pretty rare hunk of footage here. Normally when we see wreckages involving swamp buggies the are kind of driving up and over each other or some such thing. In this one we see an actual high speed swamp buggy crash where the machine smashed not into another rig but into an earthen berm that makes up the outside wall of the track in Naples, Florida.

So this particular buggy comes hauling the mail around what has to be about the fastest turn on the course, a right hander. The buggy climbs up on two of its massive tractor tires and we’re guessing that the driver thought, “Any second now this thing is going to come down and I will be fine,” expect it didn’t and he wasn’t. Ultimately the guy was not injured but he was not “fine”. You are going to see this thing plane across the water absolutely and perfectly on its side, seemingly gaining speed as it does.

The one thing that this guy could have a “dead stop” collision with was the outside of the track and the only way that the buggy does not climb that berm like an anthill is this situation where it is not on its wheels. Watch the driver’s helmet flop HARD when the impact comes.

We’re guessing that the Advil was flowing like Pez because this guy HAD to be sore the next day and for a couple weeks after that.