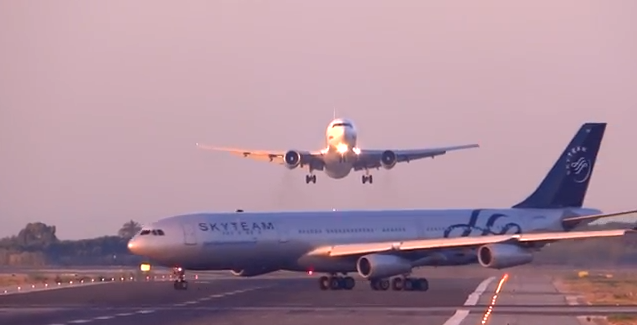 The words “near miss” in the aviation community make even the most jaded pilot pucker. What it means is that there was nearly a seriously bad accident, and it goes without saying that any time two aircraft are in an “accident”, nothing will be good about the situation.

The aircraft you see taxiing on the ramp is an Aerolineas Argentinas Airbus A340-300. As it taxis across an active runway, you see another plane on final approach to land. That aircraft, a UTAir Boeing 767-300, executed an emergency go-around and landed safely.

Here’s why people are freaking out about the video:

What the UTAir pilot does is exactly perfect. The go-around was performed flawlessly, they circled and landed like normal.

Click play below to watch a very close call at Barcelona: