Watch this guy try to squeeze his 40-foot trailer under a low overpass. Ain’t happenin’ 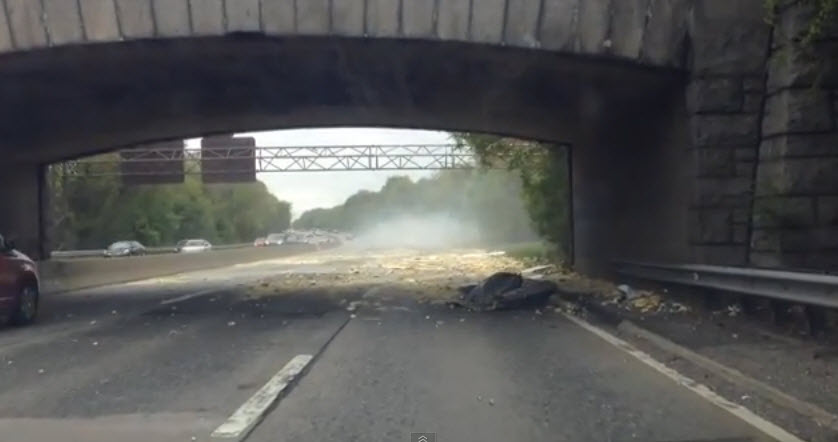 You would think that at some point when you “Learn to Drive the Big Rigs,” there’d be a whole day spent on just exactly how tall your truck is, and how to read the damned signs that tell you a parkway isn’t tall enough. This guy must’ve been asleep in class that day, because this past Wednesday, he reduced his truck to a pile of insulation on the Meadowbrook Parkway in Levittown, New York. 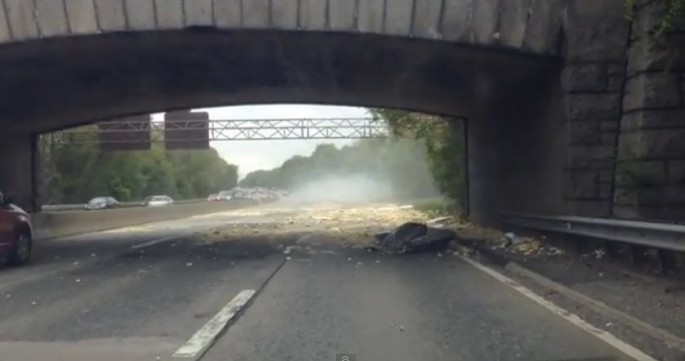 According to the New York Daily News:

The incident occurred near the Meadowbrook State Parkway exit for East Meadow and Levittown shortly after 10:30 a.m. and left the truck demolished.

New York Department of Transportation spokesman Beau Duffy told the Daily News two lanes on the parkway was closed for about three hours for the cleanup and removal of the truck’s debris. The overpass did not sustain any damage, he said.

He said he did not believe the driver was injured.

Trucks are not permitted on the parkways due to the low overpasses and the state has taken many steps in the past year and a half to stop these incidents, Duffy said.

This guy barely clears the first and second overpasses, and then tags the third one with enough force to tear the trailer apart and bend it in the middle.

Pro Tip: Get yourself a tape measure there, Snowman. The unemployment office is two doors up.

Watch This Dude In A Mundane Looking Maxima Wax A Porsche At The Drags - Hilarious And Awesome Watch The World's Most Powerful Golf Cart Lay Down 291hp On The Dyno Rollers!

7 thoughts on “Watch this guy try to squeeze his 40-foot trailer under a low overpass. Ain’t happenin’”