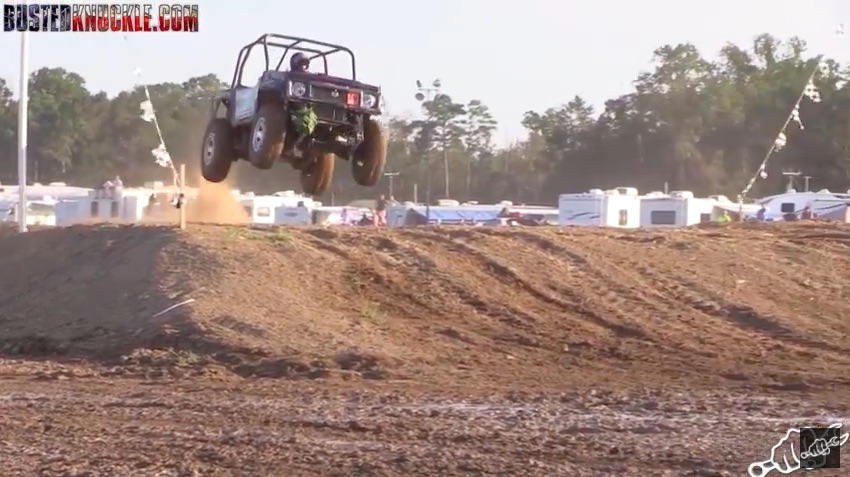 Clearly Dennis Anderson’s largest contribution to society is the Grave Digger monster truck but a growing second is the off-road park that he opened up a couple of years ago and has been promotion hard ever since. This is a massive truck playground complete with race courses for stuff like tuff truck racing, mud pits, obstacles, and even more stuff that we don’t even have time to get into right now. This video features some of the previously mentioned tuff truck racing and it is entertaining as all get out .

If you are the type of person who is annoyed by walking upright, who doesn’t think that a spine is correct until it is fully compressed, and who loves the idea off short flights with really hard landings, tuff truck racing is totally your jam. As you will see, some guys have dedicated race trucks that they use with modified suspensions, roll cages, and lots of trick stuff. Most others buy the saddest sack four wheel drive that they can find and then try to jump it to death or perhaps more accurately they try to not die while jumping it.

You’ll see the whole spectrum of vehicles in this video and we know that there’s someone out there in BangShift land that is going to see this and think, “I gotta do that!”

Heat Stroke Of Genius: Waking Up A Storage Locker Olds Cutlass! The Evans Auto-Railer Was A Bus And A Train That Unfortunately Went Nowhere