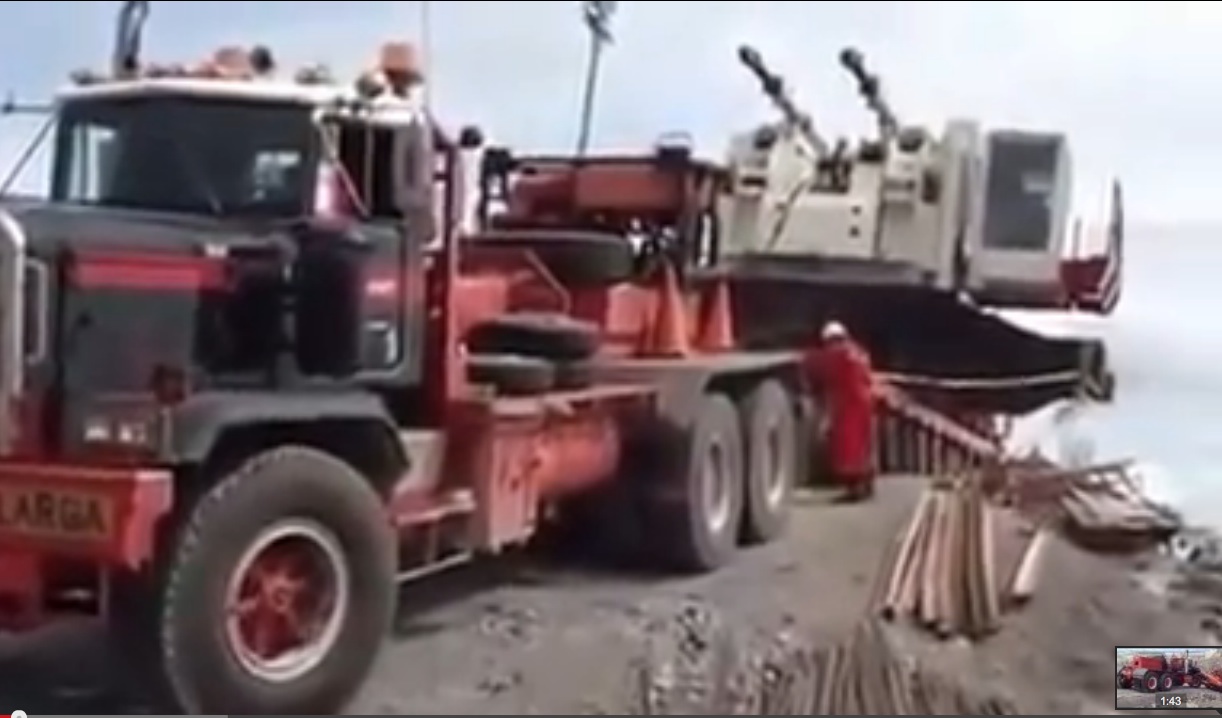 Of all the videos we have showed you over the years that pertain to huge loads either being successfully moved or unsuccessfully moved, this one takes the cake. We do not know where it was shot but the footage shows the base of a truly massive crank being  moved to a job site when things go very wrong. There are two rigs attached to the humongous trailer that the crane is riding on and as soon as the load begins to proceed downhill, things take a turn for the truly scary. It seems that the brakes on the trailer are not working and that means the entire weight of the operation is being controlled by the air brakes on the rig in the front and the rig in the back. Not good.

Just as they start down the hill you can hear the driver working the pedal in the lead truck and you can also tell that no matter what he does, the whole works is picking up speed. There’s a guy walking alongside the truck who then breaks into a run and seems to be trying to warn people down the hill about what’s happening. At that point, the second truck comes into the frame and now the thing is in a complete freewheeling situation and the load has pushed the whole lead rig sideways. The guy in the back truck saw himself heading over a cliff so he jumps out of the truck and finally the crane slides off the trailer and the whole mess comes to a grinding halt. How would you have liked to have been the guy driving the lead truck?!

This is one scary situation especially when you consider the mass involved and the potential for biblical levels of destruction. Wow. This is pucker factor 10 stuff.