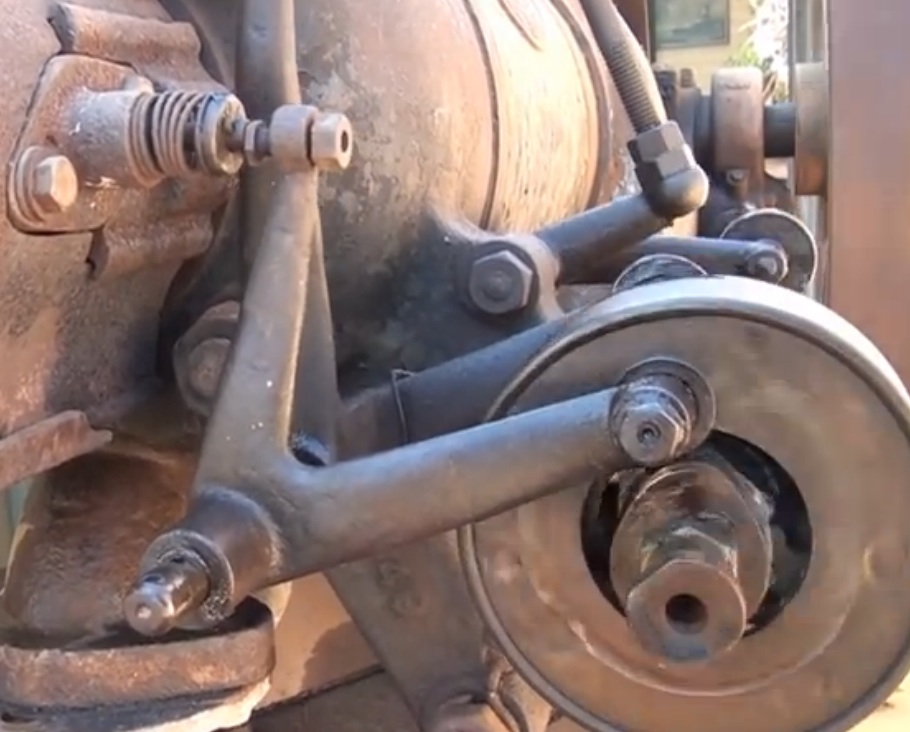 We love horsepower, wretched excess, and all things over the top here but as many of you longtime readers of BangShift know we also really appreciate history and the technology that has evolved into what we love today. Case in point is this truly amazing video of a 10hp 1909 Blackstone stationary engine being started and running. Virtually every moving part is exposed. You can hypnotically watch the huge connecting rod and piston assembly plunge up and down in the bore while the massive crankshaft counter weights swing in the rear, the prehistoric valve springs move up and down, the camshaft is exposed and its two lobes bump followers to actuate said valves. All the while, it is making the most awesome chuffing, thumping, clanking, and tinking, symphony that you have ever heard. The drip oiling system that is used to keep the bore lubricated is great as well.

The engine was apparently sabotaged in the 1920s, brought back to life, buried in silt, rebuilt in the 1990s and is used today for demonstrations. It is clear that the whole rig has some serious hours on it. How? Pay attention to the lobes of the camshaft and how the followers have worn amazingly deep groves into the lobes over the years. RPM can be measured with a metronome and we’re pretty sure that this is a hit and miss style piece because you’ll see that the intake valve is not always opening but when it does there’s the bang of combustion after it. The huge flywheels store energy and maintain the rpm for a time between ignition happens.

While we now have engines that measure out to a liter making hundreds of horsepower, this monster makes a lazy 10 and we love every single one of those leaky, chuffing, slow rolling horsepower that this big guy makes. Press play and watch something only gearheads can appreciate.

On Top Of The World: Here's The Full 1957 Chevy Promotional Film Featuring Trucks On The Alcan Highway Think You Are A Road Course Boss? Watch This Guy On A Shifter Kart Racing In The Rain Show You That You're Not