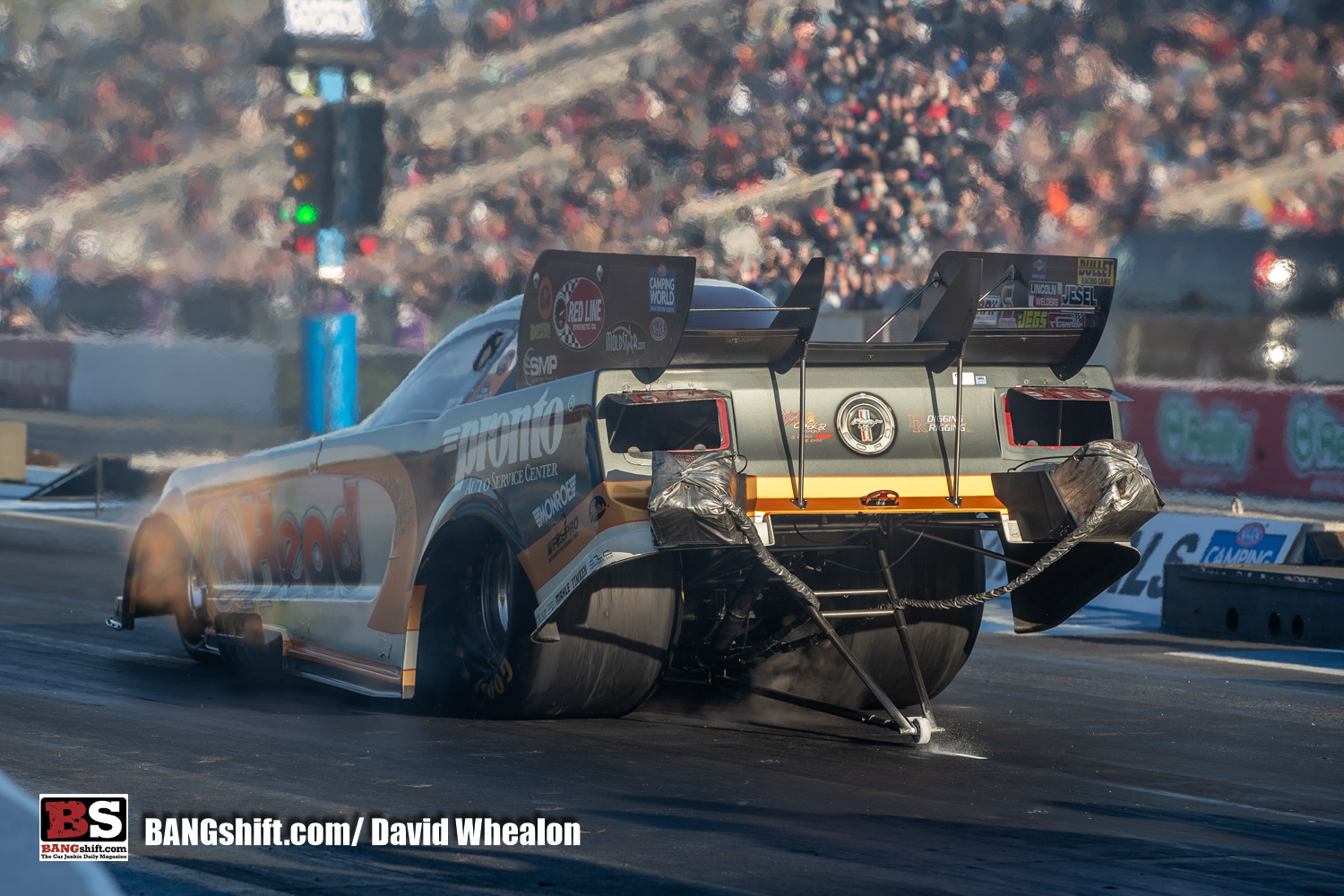 (Photos by David Whealon) – The 2022 Amalie Oil NHRA Gatornationals were one for the books. Nearly a foot of rain fell on the already swampy area of Gainesville, Florida in the days leading up to and into the event. Slated to begin on Thursday, the first car went down the track on Saturday afternoon and that in and of itself was reasonably miraculous. The track, once the rain stopped, was destroyed. Scraped to bare concrete in many, many sections it was about the ugliest thing drag racers on hand had ever seen.

The NHRA Safety Safari went medieval on the thing and by the middle of Saturday, with dropping temps, cars were hammering the surface and setting national records. The Top Fuel Call Out was cut short because of the plummeting temps and basically every class got one qualifying hit at the tree. Superstars Leah Pruett, Antron Brown, and Shawn Langdon did not qualify for the field. The whole thing was wild. Oh, Karen Stoffer destroyed the pro stock motorcycle national record, lowering it by half a tenth by the end of the weekend. Erica Enders set the all time pro stock record, Mark Pawuk broke the Constant Aviation Factory Stock Showdown record as well, the book was pummeled.

Enjoy this first dispatch of David Whealon photos from the event. It was unforgiving but boy was it fast!

Nothing Like A Twin-Engined Toyota Camry To Beat The Boring Reputation! Ridetech Adds Bolt In Subframe Connectors For 1962-1967 and 1968-1974 Novas!

2 thoughts on “2022 NHRA Amalie Oil Gatornationals Action Photos: From The Wettest Weekend Ever To The Wildest! Great Photos Here”