Here Comes The Boost: Here’s A Review Of The (Then) Newly Turbocharged 1992 K2500 Diesel 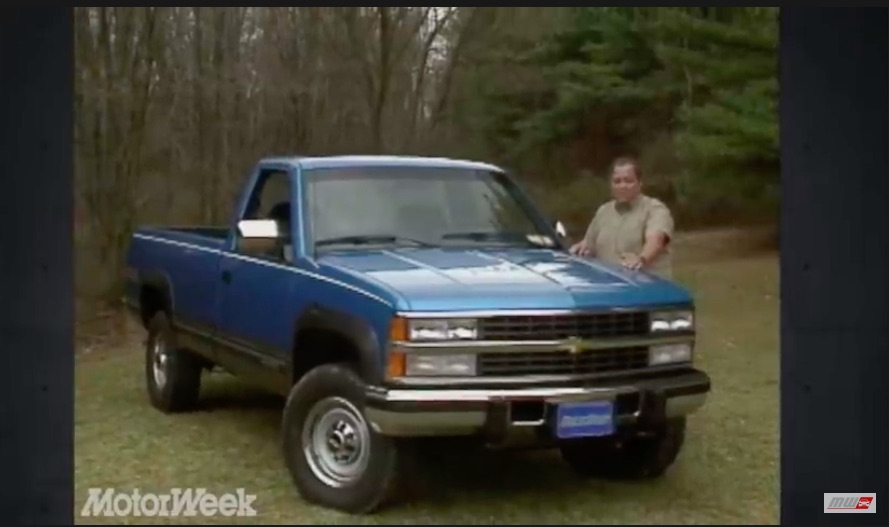 When Dodge and Cummins teamed up to start offering the B-series engine in pickup trucks, it was a game changer. Despite the fact that Dodge had the oldest chassis and styling going at that time, buyers loved the idea of diesel power in a truck and virtually everyone was playing second for years. Yes, GM did offer the 6.2L engine in trucks but it was non-turbo and while reliable and simple, it did not offer the power that modern buyers wanted. It would take a couple of years for GM to formulate a proper response but they did with the 6.5L turbo diesel that they started offering in 1992.

My dad had a 1995 K2500 gas truck so the styling of these things is something that makes me smile, especially those with the factory installed “flares” on the fenders. These had a modern look than the Dodges and a lower/meaner stance than the Fords. Like the diesel Ram and Ford, it was not a drag strip hero but a truck designed to get into the trenches and work until the job was done. Power was 190, torque was 380 lb-ft at 1,700 RPM, 0-60 came in 12.3 seconds and the quarter mile in 18.7 at 72mph. The o-60 time is indicative of the gearing in the four speed automatic transmission, right? The quarter mile is indicative of the fact that you always want as many gears behind a diesel as you can possibly afford.

Then like now, the diesel was an expensive option at $3,100. It’s WAY bigger money in trucks these days because it always needs to be paired with the better transmission, axles, etc. The K2500 diesel does not get a lot of love these days but the engines run forever and the chassis were pretty good, too. Just a damned shame about that IFS…

Watch And Listen To A 400hp Jaguar Inline Six Make A Full Throated Dyno Pull A Window Into History: This Video From 1966 At New England Dragway Shows Off Two Infamous Funny Cars