Adopt A Duck! Seattle’s “Ride The Ducks” DUKWs Are Going Up For Auction! 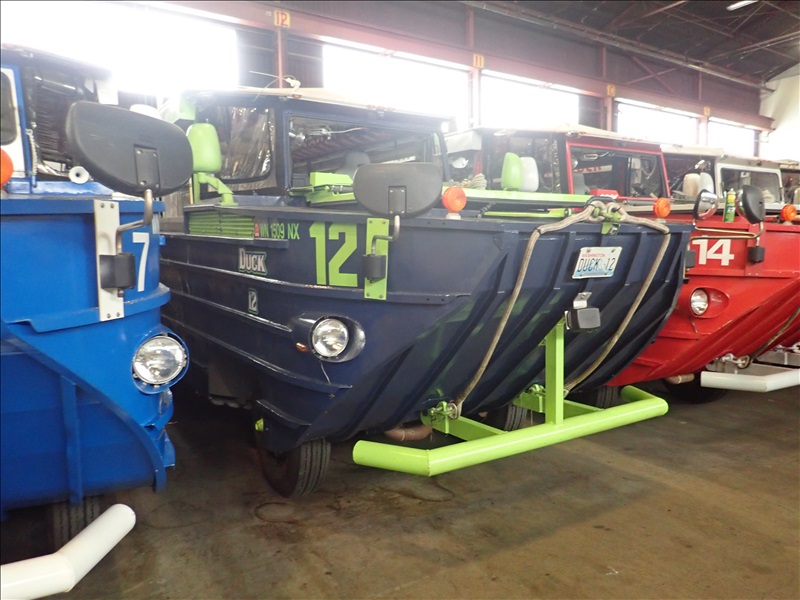 It’s not that there wasn’t a lack of interesting and curious things to see when roaming around downtown Seattle, but watching this lumbering thing that looked like the end result of a hot one-night session between a deuce and a half and a low-end fishing boat from the 1940s with a herd of people on it was something that the transplanted kid from Colorado couldn’t have written if he had tried on his best day. But there it was, brightly painted, reeking of exhaust and low tide, proudly wearing the “Ride The Ducks!” banner down it’s length as traffic proceeded to maneuver around it. Short of someone educating me in what the Freemont Parade was all about, it was going to be difficult to top that.

DUKWs, as they were more officially known, were a World War II invention, based on the GMC AFKWX, the cab-over form of the better-known GMC CCKW military work truck. Over 21,000 DUKWs were built for the war effort, and many were sold off after as surplus vehicles, but the fleet in Seattle seem to be much newer, including several 1960s era Kaisers and one 1980 REO-based unit. You’ll pardon our skepticism, but we’d need proof before believing those claims. But hey, if you ever wanted your own drivable fishing vessel, now has never been a better time. Seattle’s fleet of Ducks is being auctioned off and if you move fast…like July 1, 2020 fast…you can adopt one of your very own. 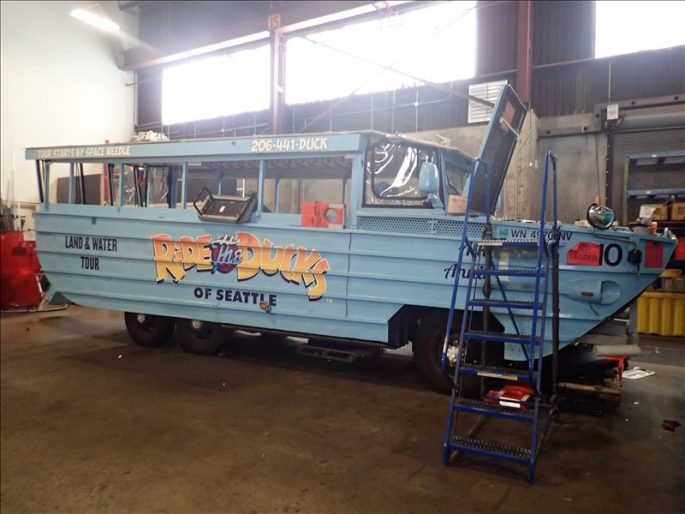 Interested in your own amphibious vehicle? Check out the auction listing by CLICKING HERE!

Foreign Territory: Attempting A Diesel Revival Without Knowing Anything Out Of Sight, Not Out Of Mind: Going Underneath Vice Grip Garage's Big-Build Crew-Cab Square-Body

2 thoughts on “Adopt A Duck! Seattle’s “Ride The Ducks” DUKWs Are Going Up For Auction!”