Foreign Territory: Attempting A Diesel Revival Without Knowing Anything 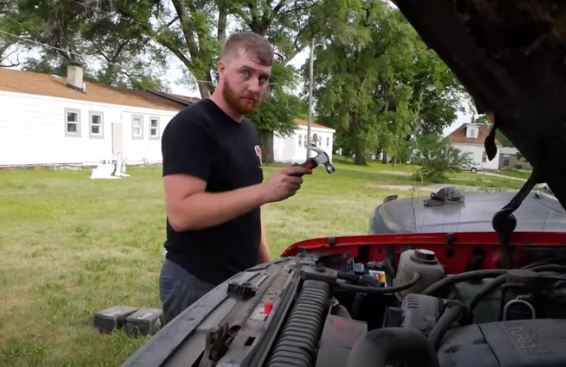 I almost want to poke fun at Kevin for his current situation. He recently acquired two 1990s-era Ford wreckers, both diesel powered. Other than the likelihood of rusted fenders, thanks to his Iowa location, these would be scores. You could leave the wrecker bodies on and pretend you’re Brian Lohnes as you tool around town, enjoying the clatter and the torque, or you could ditch the wrecker body and have the beginning of what would make a killer flatbed Ford build. I might have been a bit influenced by all of the flatbed pickups I saw driving from Kansas to Colorado this afternoon, but either way, he’s got two trucks and he needs to figure out what to do to wake them up.

Did we mention that when it comes to diesel engines, Kevin has all the knowledge of a mud flap?

Resist the urge to point and laugh, because we all start somewhere and this is his starting point. Here’s the learning curve on full display, from “um…that’s an engine, all right” to what might be a running, maybe operable diesel truck. Maybe. Or maybe the Ether Bunny will step in and stop this project before it begins.

Rough Start "Tour Of Temptation": 1999 Mitsubishi 3000GT Adopt A Duck! Seattle's "Ride The Ducks" DUKWs Are Going Up For Auction!

One thought on “Foreign Territory: Attempting A Diesel Revival Without Knowing Anything”