These bands tour in epic vehicles (featuring music for your Friday!) 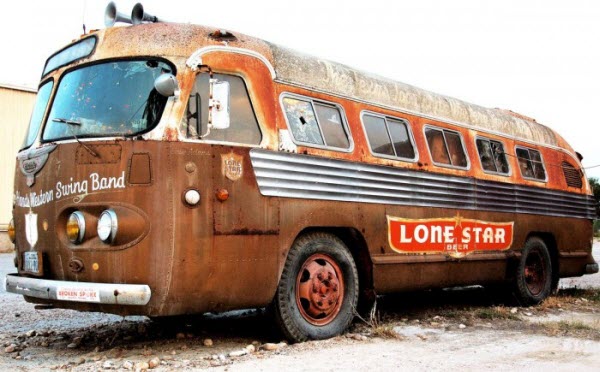 Most bands that tour around end up in either a Ford E350 or a Dodge 3500 van. Until some time in 2012 before they really hit it big, the band The Lumineers were touring the country in a Ford Windstar with 600,000 miles. But some bands have got cool vehicles they use to tour the country. Here are a few of the better ones, with a little music for your Friday morning.

Big Sandy and the Fly-Rite Trio 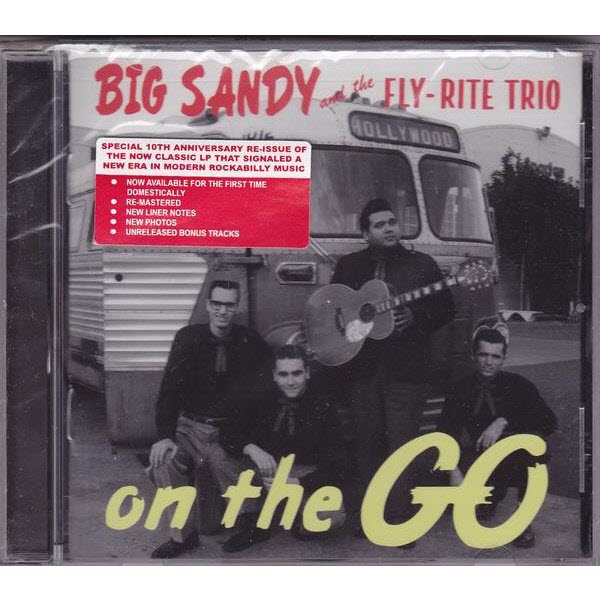 In the early 1990s, these guys were leading the charge of a rockabilly/roots resurgence. At the time, they were running all over the country in a 1949 passenger bus converted to touring duty.

It was featured prominently on the cover of their “On the Go” record, released in 1993. They burned through that rig by the mid-2000s, and started touring in another bus, this time a converted 1950 school bus. 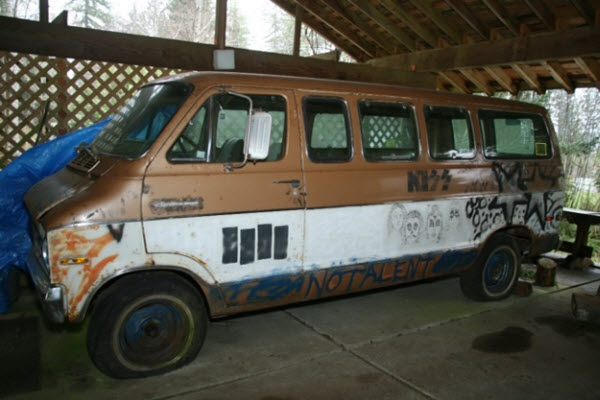 Between the punk and grunge eras, there was The Melvins, a killer fuzz-toned garage rock outfit out of Montesano, Washington. To say they “influenced” Nirvana is ridiculously understated.

Kurt Cobain was their roadie in the late 1980s, prior to forming Nirvana, and to show his appreciation for the band, he drew a KISS mural on the side of their beat 1972 Dodge Sportsman. In 2012, “the Melvan” came up for auction on eBay and sold for almost $25,000. 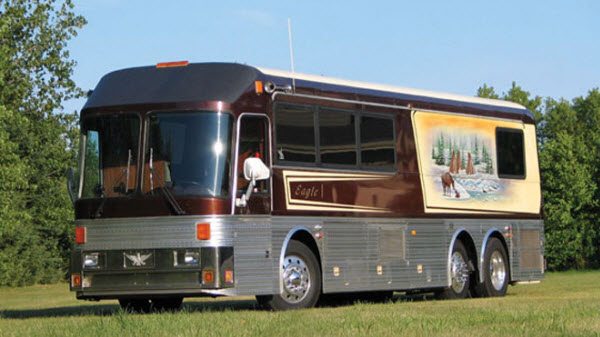 Nelson’s Eagle International Entertainer Sleeper Model – which began life as a 96″ wide, 40 feet long Model 10 sold at Auctions America Auburn Fall auction that year. The 1986 model year band bus was expected to fetch between $60,000-$80,000 but actually sold to an internet bidder for a mere $29,250. 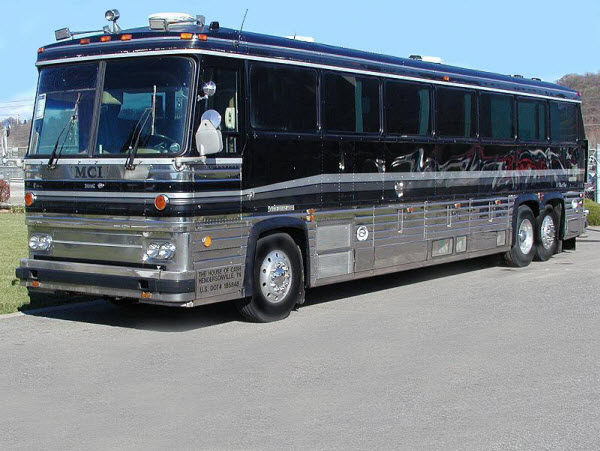 In 1979, Johnny Cash purchased the this 40-foot MCI bus and had it customized in Columbus, Ohio. Word has it that he spent more than half a million dollars on it, back in the days when musicians actually made money. He and his family members had their own private compartments.

A nook up front — where Cash slept — features a table made of hickory from the Cash farm in Tennessee, which was apparently General Ulysses S. Grant’s headquarters during the Civil War. You can see this bus at the Rock and Roll Hall of Fame in Cleveland, Ohio 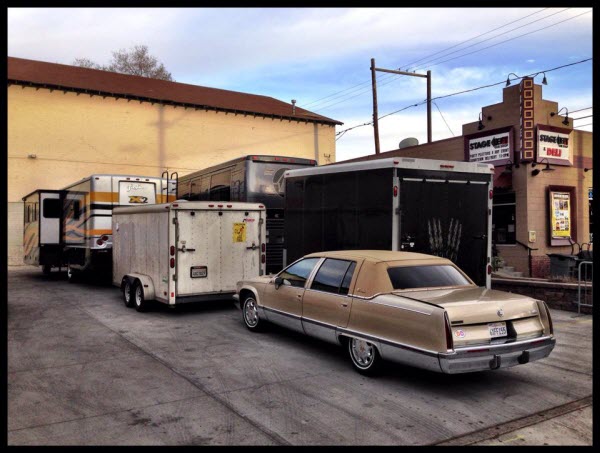 Another neo-rockabilly/roots pioneer, Deke Dickerson has been a major part of the scene since the late 1980s. When he’s touring with an entire band, he’s generally in the ubiquitous Dodge van.

But for the last year, he’s been touring by himself, as a featured performer with the Reverend Horton Heat, who’s promoting his latest album. To get himself around in comfort, Deke picked up a sweet gold 1993 Cadillac Fleetwood Brougham, which he got from the original owner.

This 1948 Flxible Clipper was at the center of a controversy over ownership last year. For years, it’s been parked outside the Broken Spoke Saloon in Austin, Texas. The bus was originally purchased for the Texas Top Hands — America’s Oldest Continuously Performing Western Swing Band.

“I’m upset; the guy who gave it to me 14 years ago came back and stole it from me,” Broken Spoke owner James White told the Austin American-Statesman. Yet the band’s manager, Ray Sczepanik, claimed ownership, and repossessed the bus from in front of the Broken Spoke honky-tonk last April.

One thought on “These bands tour in epic vehicles (featuring music for your Friday!)”