BangShift Question Of The Day: Why Not Own An Old Semi Tractor? 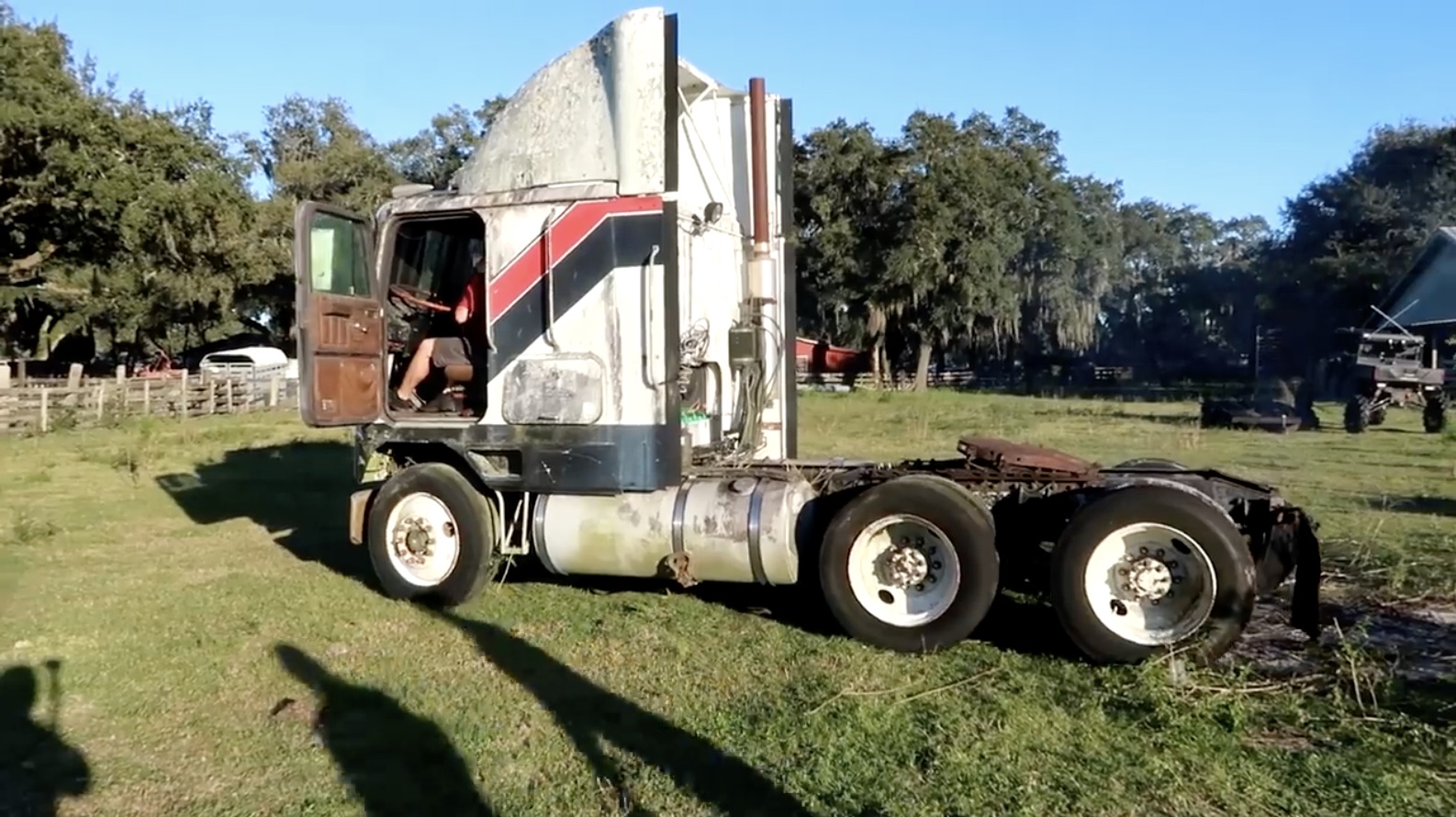 From the moment that I first saw him walk around the nose of the green Freightliner, I could tell that through and through, my father had every ounce of “trucker” in his bones. Throughout the 1990s, Lord knows how many miles he logged in under the companies he ran for. Whether it was a well-known national brand (and no, you smartasses, it wasn’t Swift) to the mom-and-pop cargo outfit that he finished up with before deciding to come off of the road for good, my father was all boots, blue jeans, Bob Seger playing and the smell of raw diesel mixed in with Old Spice cologne. As a kid, it was hard to not want to fall into that same line of work. To be quite honest with myself, if I hadn’t joined the Army, I probably would’ve wound up in trucking. It was just a logical step.

Outside of driving heavy trucks and container/trailer combinations during my Army days, I never really have messed with anything heavier than a Chevrolet Kodiak in my time. But I think about it every now and then. The idea of having a diesel-powered rig that I can park anywhere and sleep in, and use to haul stuff around in is very appealing. It’d be another notch on the list of skills and it’d be nice to skip the fun of hotels. For the most part they’re straightforward: frame, engine, transmission, axles, rolling stock, a massive fuel tank or two and a box with seats and if you’re smart, a place to sleep behind the front seats.

Downsides? From a BangShift point of view, I’m not certain. I’m not seeing them outside of parts cost and the initial buy-in investment. What do you think, readers…would you ever consider owning an old rig just for the hell of it?

9 thoughts on “BangShift Question Of The Day: Why Not Own An Old Semi Tractor?”