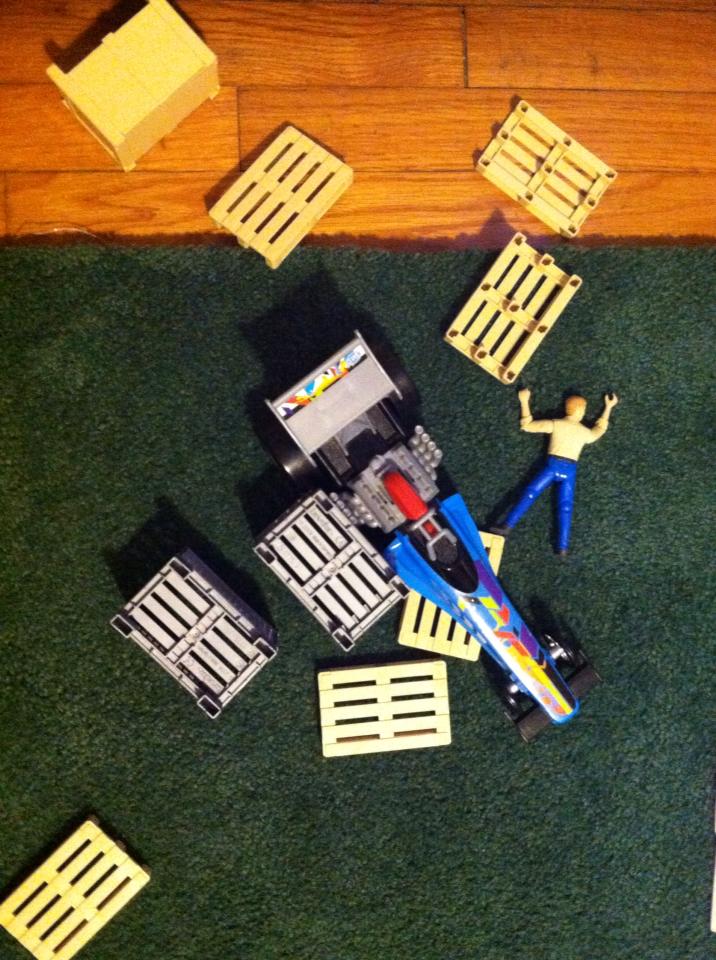 (Photo by Kerri Lohnes) – This horrifying scene greeted my wife as she entered my son Tom’s room yesterday. It was both hilarious and totally ironic. Obviously, I am a freak for the sport of drag racing and those genes have kind of rubbed off on the kids who have toy dragsters and stuff to play with. My dad is a drag racer and he happenes to also own and operate a pallet business (Lohnes Pallet Co.), so seeing this unfortunate action figure sprawled out on the floor after apparently being run over by a dragster that crashed through a pile of pallets had us cracking up all over the place here at BS Eastern World HQ. This is a photo that absolutely demands a caption! 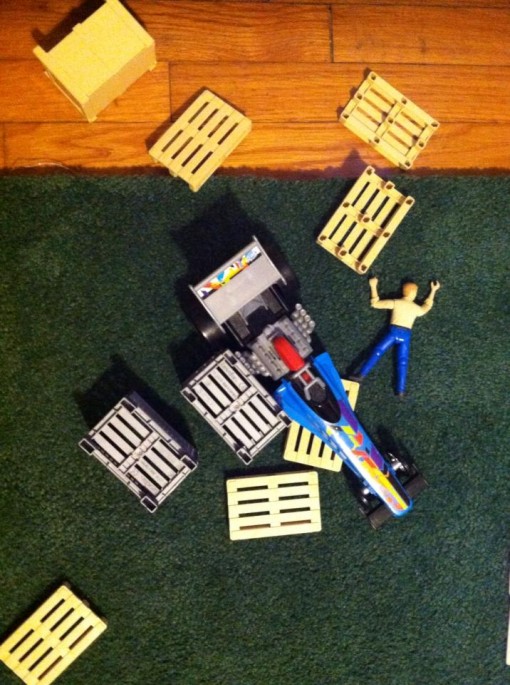 eBay Find: The Most Bitchin' And Perfect 1959 NAPCO 4X4 Suburban You'll Ever See! BangShift Question of the Day: What's the Largest Engine You've Ever Hung Around With?

7 thoughts on “Caption This Photo: An Unfortunate And Highly Ironic Scene At BS Eastern World HQ”