Question Of The Day: What Car Should Get The Ute Treatment? 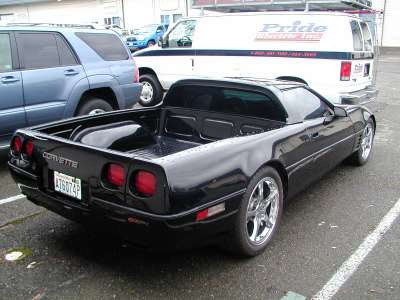 While digging through the visual nightmare that the “Automotive Hackery” thread in the forums has become, one beacon of light shone out to heal our scarred eyes: this late C4 Corvette that had been converted into a ute. It’s not just that the Corvette was now a fiberglass pickup that made it stand out, but two things: 1. The work done to complete the conversion looks exceptionally well-done, especially since most ute conversions appear to have started with an angry man and a sharp axe, and 2. Everybody seems to really like the idea of a Corvette truck. Maybe it’s because after Hot Rod’s Vette-Hack, we’re dying to butcher up a C4, or maybe because there isn’t a small truck for sale that really does it for us, but a C4 Corvette pickup, especially one that has had the back end lengthened out a few inches would be awesome. 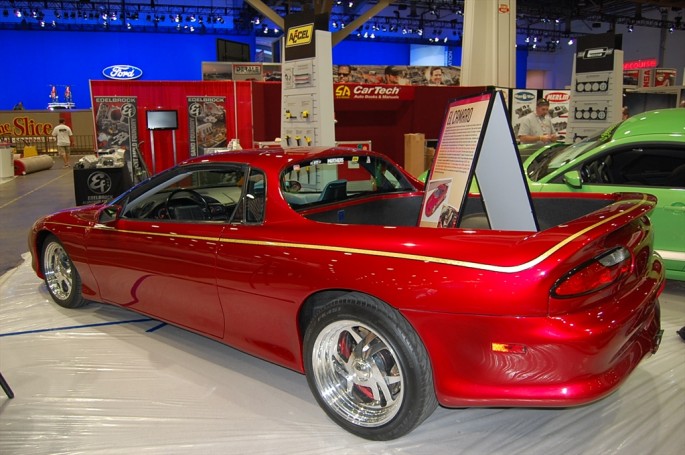 There’s several vehicles that would work well for a ute of sorts, and immediately the first one in my head is a fourth-generation F-body. This “El Camaro” was at SEMA a couple of years ago, and I hung around it for quite a few minutes looking it over carefully. The proportions are right and it looks both sporty and useable. Given that both the Corvette and Camaro can be had for decent prices, a talented body man ought to be able to create one just fine. I’ll admit that I’ve looked at the Raven Imperial more than a couple of times and have pictured it with proper El Camino proportions and a bed…and maybe a dually setup. Don’t judge me.

So, with that, what car would you like to see carved out into a ute? 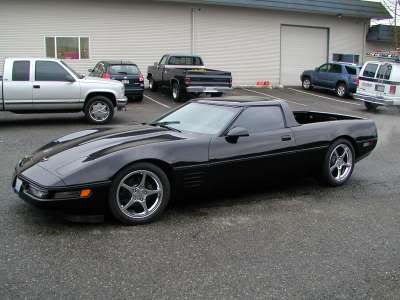 13 thoughts on “Question Of The Day: What Car Should Get The Ute Treatment?”