Would You Rather, Pro Commuter Style: Shelby Charger GLHS Or Toyota Supra GT 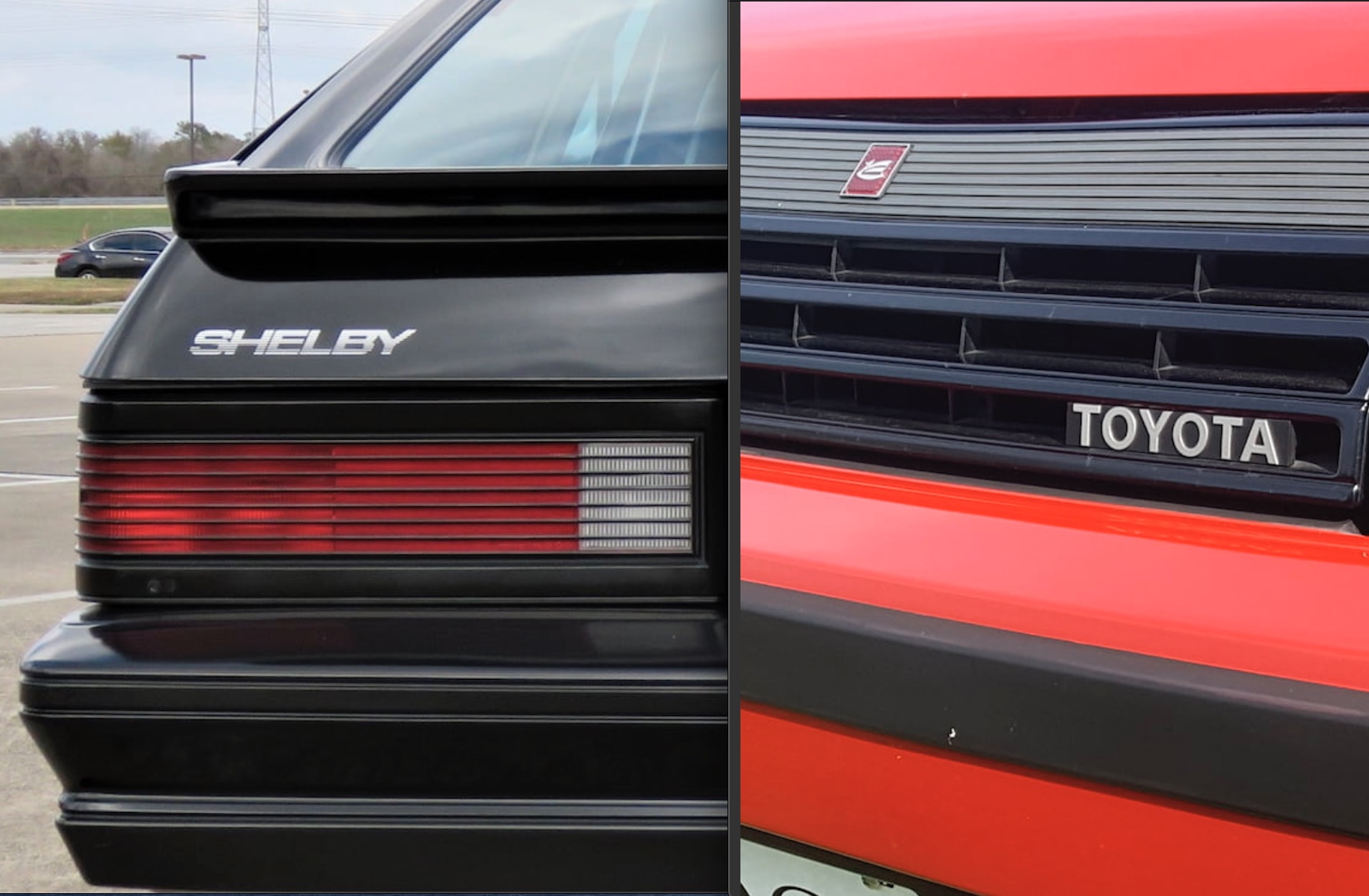 It’s been a minute since we’ve pinned you into a corner and forced you to pick sides, hasn’t it? Well, no better time than the present to force you to pick one of two particular vehicles and in this lovely round of our game of “Would You Rather?”, we’re going to go with my Pro Commuter theme. If you don’t know what that is, or think I’m just making things up out of thin air, it works like this: the daily commuter car sucks, doesn’t it? You turn the key, you drive it, you park it and you hope to God it gets stolen so that you can at least move on to a different anonymous cracker box to wheel around in for a bit. Defeats the purpose of loving the automobile in all of its forms, doesn’t it? So why not have a daily that doesn’t blow harder than a hurricane’s landfall winds? We aren’t saying you have to daily drive an IROC-Z to work every day (cue Matthew McConaughey’s “It’d be a lot cooler if you did” like from Dazed and Confused) but you can reasonably find a one-person comfortable car that can provide reasonable mileage, looks, comfort and just enough spice to make the daily drive okay. For this round we have one Japanese solid bet in rear-drive with the most iconic wheels to ever come from the Far East, and one American wild-ass wild card that started humble and wound up with roid rage. Here are the cars, it’s your time to pick. 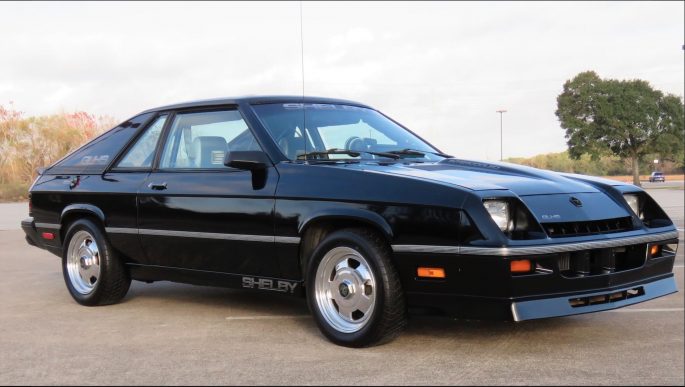 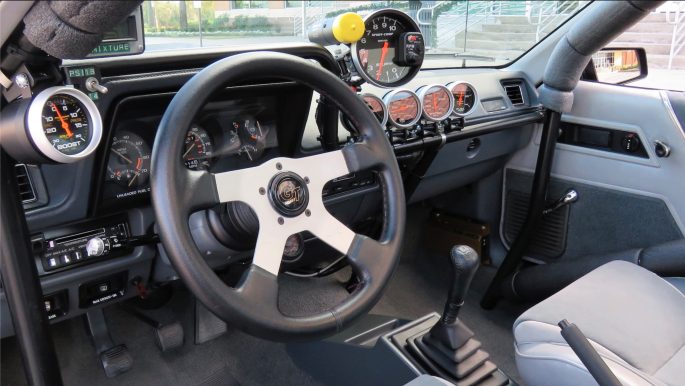 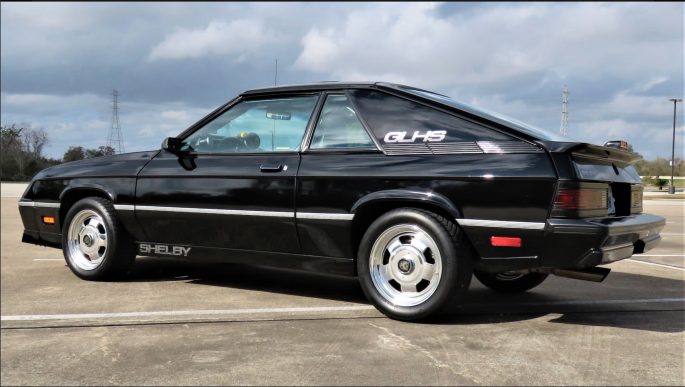 To understand what we mean when we say “humble”, you have to rewind back to 1979, when Chrysler took the Dodge Omni/Plymouth Horizon hatchback and the same basic recipe that last worked when the Dart became the Duster. By turning the frumpy hatchback into a sporty coupe hatch, Chrysler had transformed the look of the car into something more Americans could get behind. In 1981, the Omni 024 nameplate was binned in favor of the Charger 2.2, something that had to irritate purists like an itchy backside. Starting out with a fire-breathing 84 horsepower, it was nothing. No joke here, it was just a car. Then Lee Iacocca stepped in, brought in an old friend from his years back at Ford who smelled like burned rubber and red chili and magic was made. In 1987, Carroll Shelby bought the last 1,000 Dodge Chargers, had them shipped to his factory and wicked them up nicely: 175 horsepower and torque thanks to 2.2 liters of pissed Mopar four-banger and a turbo that had the power to break your wrists with torque steer. If you could handle the launch tactics, you could kick the teeth in on an unsuspecting Mustang or Firebird. Though, after looking inside, we suddenly don’t dispute the 323 horsepower claim on this car. You want some fire on your drive home? Bet this one will light it. 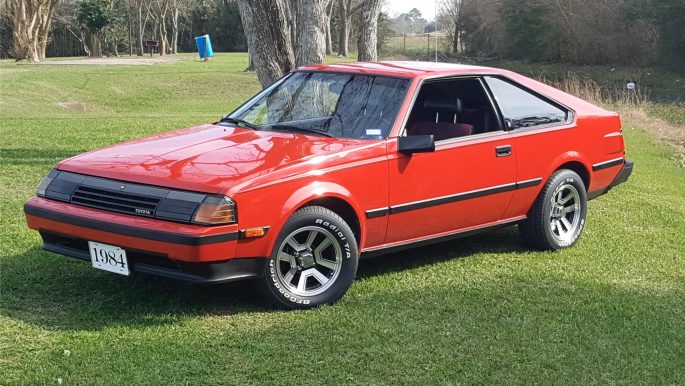 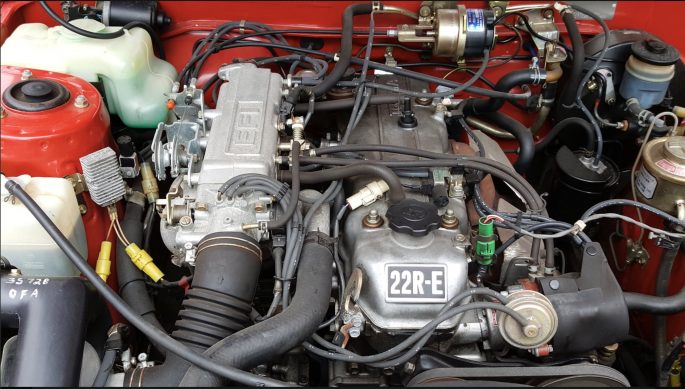 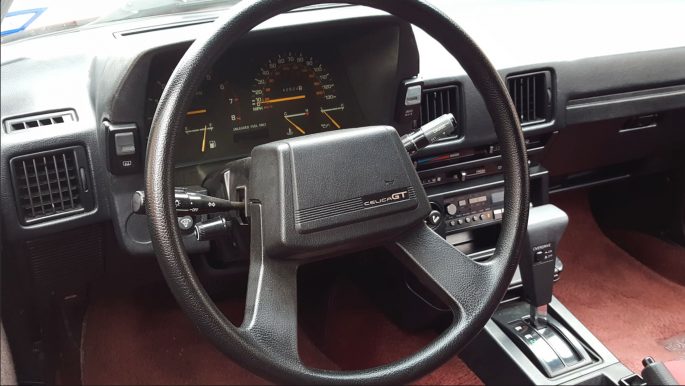 Toyota’s Celica was, in effect, the company’s answer to the Ford Mustang. The first generation was without question a love letter to the Mustang in both spirit and style. The second generation was a more Americanized form that was designed in California, and the third generation was all Japan, with the car abandoning it’s Americanized tendencies but retaining the charm that endeared it to customers. Smaller four-cylinders, sporty dimensions, and very comfortable interiors made for a great way to kill some miles. The A60 seen here has the Toyota 22R-E fuel-injected 2.2L four that drives the rear wheels, so don’t worry any about the steering wheel whacking your thumbs clear out of the sockets, but don’t expect too much tire-hazing hoon action that the Charger will undoubtedly provide. The Celica earned it’s spot here not only because it’s a low-mile, ideal example with those timeless Supra P-type 2×4 spoke wheels, but because day to day, you will be able to get in, twist the key, put it in drive and just go. It will sip fuel and look good doing it.

So there are your options. Which one do you pick?

Here's Our Final Batch Of Photos From The Street Car Super Nationals In Las Vegas. There Was Plenty To See In The Pits Dino's Git Down 2020 May Have Been The Best One Yet! 10 Years Looks Good On This Epic Show

8 thoughts on “Would You Rather, Pro Commuter Style: Shelby Charger GLHS Or Toyota Supra GT”