Barnstormin’: Hanging With The Fringe Element 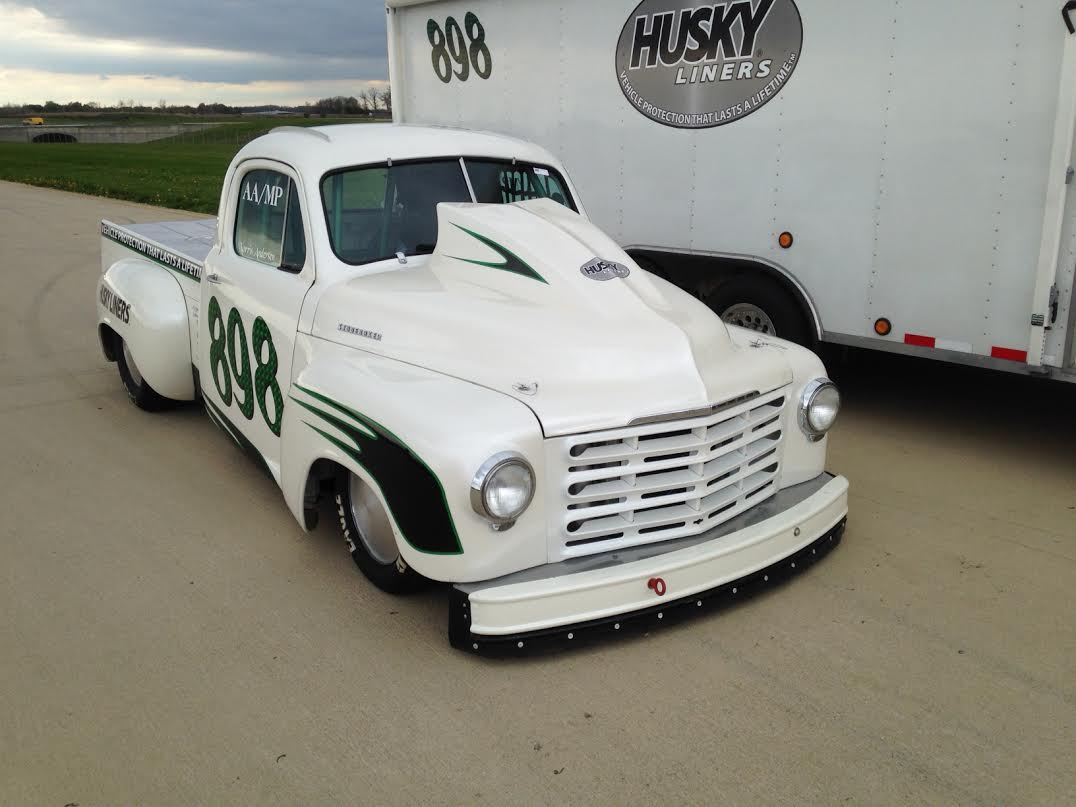 It is kind of funny how after five years of writing this Barnstormin’ column my life has kind of turned into exactly that, especially during this time of the year. I recently had a three week stretch that took me to the core of American motorsports and then to the most excellent outer fringes of the pursuit of speed that I love to hang out in. To quickly review, I called the action at the NHRA event in Houston, Texas and enjoyed a great weekend of competition throughout all the sportsman and professional categories. The pro mod guys tore the roof off the place, putting on another spectacular show along with all the standard NHRA classes that we have come to know and love over the years. I have thoroughly enjoyed my time with the NHRA racers this year and still have a bunch of races to do so that whole scene has been really great. I was home for roughly 24 hours after the NHRA event before I had to pack up my stuff again and head to Wilmington, Ohio for the ECTA Ohio Mile event.

This was the opening salvo of the ECTA season and it was another great opportunity to be immersed in land speed racing where creativity reigns supreme and the end goal is going as fast as whatever your combo will allow. From a 60mph Crosley to a thundering 200mph Firebird, it was all there to enjoy. I had the tightest turn of my life between the end of the ECTA event on Sunday afternoon and a scheduled flight to Denver on Monday afternoon to host the Diesel Power Challenge at its traditional location in and around the Mile High City. I left Ohio at 5:00pm, drove straight through (with the goal of putting my kids on the bus) and arrived home at about 6:30 in the morning. I threw my clothes in the wash, kissed the kids on the cheek as they hopped in the cheese wagon, cut the grass, and hauled ass to Logan Airport, catching my flight out with no issues. I have done the “drive all night” deal from Ohio before but normally I get home and take a nap for a couple hours. This time I needed to stay awake and by the time I was getting on that plane I was literally hearing things that weren’t there and I was actually nodding off while trying to write stuff at the airport terminal. Not doing that again.

The point of this diatribe is not to brag or complain about what I have been doing but rather to set the stage for those I was able to be doing this stuff with. The diesel performance guys and the land speed crowd share an interesting bond that even they may not consider and that’s the fact that they are continuing to forge their own trails and probe the limits of stuff in ways that other forms of racing and competition don’t really do anymore. Take the Studebaker truck in the lead photo for example. The goal is to make that thing a little faster and a little faster each year by whatever legal means are available. Tweaking the air dam here, adding some horsepower there, considering what gear ratio to run in the back, etc. This is not an index drag car that gets setup and adjusted to do the same thing over and over again. This isn’t a Competition Eliminator or Stock/Super Stock car that needs to be fast but not too fast lest it raise the ire of the tech department and receive penalties. Nope, this is an all out effort and it is an all out effort with a body style that no engineer or other analytical type would pick for his first or 250th choice. That is not a shot, in fact it may be the biggest tribute I can give to the truck. The thing is so magnificent because it is like a giant flying middle finger to aerodynamics, frontal area, and airflow in general. It is one man’s pursuit of speed and there is  a LOT to admire in that.

The diesel guys continue to impress the hell out of me because it is an amazingly youthful crowd full of empirically thinking hot rodders that come from pipelines, oil fields, and farms all across North America. These aren’t guys just “bolting a turbo on” or swapping an exhaust system, these guys are as hardcore as any group we have ever met. From engines packing billet cranks and rods…yes we said billet, to multiple stages of nitrous, compound turbos, multiple fuel pumps, and advanced fuel system tuning that was being done live on the dyno, on the drives we made, and at the drags, these dudes are probably the single most underestimated group in the world of hot rodding. When you take a truck that weighs 7,000lbs and run it deep into the 11s at speeds eclipsing 130mph AT A MILE OF ALTITUDE, you are a bad ass and there was a stack load of those guys assembled in Denver. Like Drag Week for diesel truck enthusiasts, there is an amazing camaraderie that exposes itself as soon as these guys get into battle with one another. Parts that broke were thrashed on, parts that could be shared off of broken trucks, like nitrous solenoids were passed around like hot potatoes. Again, these guys are working out in the fringes of hot rodding where their racing and competition opportunities are akin to the local “tough man” fighting contests of decades back. They’re not bitter or sad about that fact but as of right now there isn’t a truly successful national series to support what they are doing so they do it on their own at great expense. The money tied up into some of these trucks would build you a couple nice drag cars but it obviously wasn’t about the money to any of the competitors at the Ohio Mile or the Diesel Power Challenge because there was little to none of it available to win.

Success in events like the Diesel Power Challenge and the Ohio Mile are rewards in an unto themselves. I have written about this a lot over the year but there’s nothing more rewarding to me personally than to see someone succeed on a personal level. That means when I was able to shake a tearful Rick Hobak’s hand after he punched his stock bottom end Corvette over 200mph at the last Ohio Mile meet or give a joyful Levon Miller a bear hug after winning the DPC, I have memories that I will hold onto for the rest of my days. Make absolutely zero mistake about it, I LOVE my role at the drag strip and being able to be “the guy” that delivers the top end news to racers that they have won a round, or set a record, or made a personal best lap is flipping awesome but it is different when there’s no crowd of 20,00 people, no big check waiting at the end of the weekend, and no sponsor to thank other than family and friends.

In many ways, my own history in being involved in motorsports and racing has probably shaped my own feelings on the situation. Having been a guy who literally slept in his truck and lived in timing towers at drag strips while cutting my teeth as both an announcer and a reporter, I thoroughly appreciate those who have also bootstrapped themselves to where they’re at. I’m fortunate that my motorsports life is kind of like a game of Twister in that I get to do so much stuff that I am never just standing there flat footed. Typically I am spread all the way out and trying to cover a much of the mat as humanly possible and I’d not have it any other way.

Make sure you take some time and soak in events you may have not considered before and experience things you may not even know you like yet. I have a feeling that you’d be very surprised in what you’ll find when you step off racing’s well beaten path and venture off into the proverbial woods a little bit. There’s a great big world out there and while you don’t have to be as obsessed with seeing as much of it as I want to, you should always be trying to see more than you can see from your own front porch. 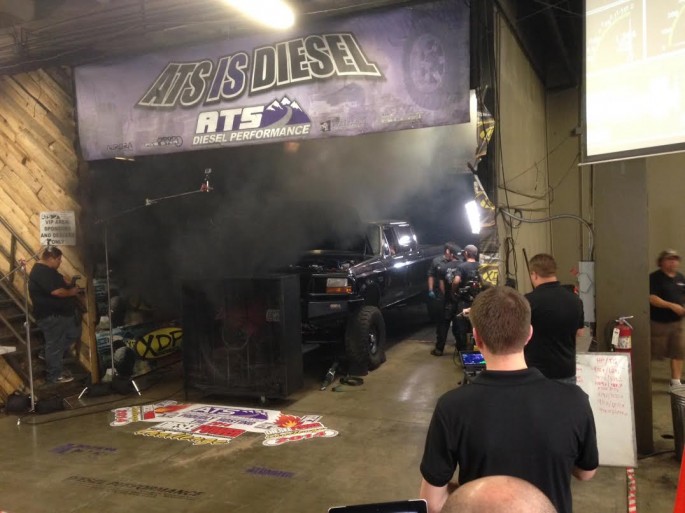 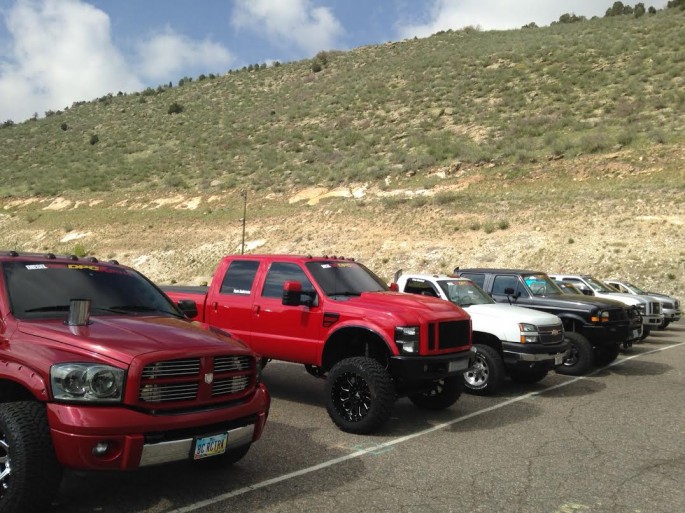 Bing Crosby Built A Race Track In Del Mar, California And One Of America's Greatest Racers Was Killed On It In 1949 Do You And Your Car Want To Be On TV? Now Is Your Chance! Ridetech Wants You!

3 thoughts on “Barnstormin’: Hanging With The Fringe Element”