Barnstormin’: Necessity Is The Mother Of Addiction 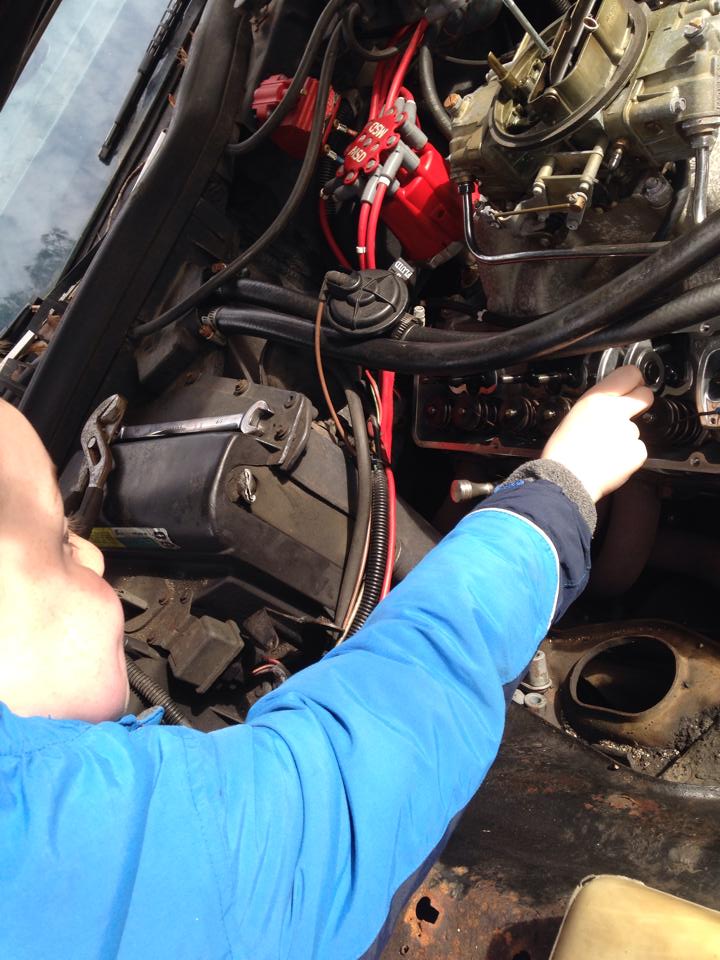 Through comments and conversations, I have been lucky enough to read about how lots of BangShifters got their hooks into the car hobby. For some, things started well after their got their driver’s license and they became obsessed with the car they drove around every day. For others of us like me, it started far earlier than that. After this weekend I think I’ll be able to have a moment that both my son Tom and I can trace back to when the proverbial “light bulb” lit atop his head. Don’t get me wrong, Tom has been car crazy since he was able to form a thought in his brain, but on Saturday it was the first time he was actually able to use tools and do more than hand me wrenches on a job and boy was he into it.

We weren’t doing any real crazy stuff, just doing the rocker arm swap that I told you about in my last Buford T Justice update. I’ll have the rest of the story for you this week but the good news for Tom was that since the car is so low and he continues to grow like a weed, he was able to reach the top of the engine pretty easily. I had him popping the new rocker arms on the studs and prepping the polylocks by backing the set screw out of them so I could thread them on and set the lash. Here’s where the necessity thing comes in. See, I have a weird relationship with the crank bolt in the front of the engine in Buford. I really didn’t want to be rolling the motor over with a bar and depending on that bolt so I had Tom in the driver’s seat “bumping” the engine on my command as I ran through the valves. It made quick work of the job and he got to have some “seat time” which he was all excited for. After buttoning up the engine again and hitting the key, the car fired right up and I could see in his face that he had “the feeling”. You know the one I am speaking of. The little bit of “I did that” which he’ll get every time he sits in, looks at, or hears the car run.

This wasn’t a setup either. I am not the pushy dad type so when we went out to do this it wasn’t as though I gathered him up and told him, “here’s what we’re going to do today.” He was naturally interested and as soon as I asked him if he wanted to help he was right on it. He got really excited when I told him to get the rocker arms out of the box as he was expected to be on wrench grabber duty again. His promotion was right on time. In doing the work we had a couple of conversations about what the various parts did and how they did it, what a camshaft actually was, how the pushrods moved, and just the basics of what is happening inside an engine. Did he retain it all? Probably not, but I know some of it stuck.

If we really want to have a strong “next generation” of hot rodding, we have to start handing kids wrenches and parts, and talking to them. I am not suggesting every seven year old in America needs to know what the differences are in type of rockers and valvetrain technology but they need to know that you are interested in their help and actually teaching them something. I’d bet dollars to donuts that every person reading this right now with a kid (especially the guys who are always into or under something at the house) could have the same experience I had last weekend and all it takes is a smile and a benevolent attitude. There are guys too high strung to ever do this and frankly, those are the guys who have kids and say, “I don’t know why Billy never got into cars like I was?” The car as part of the family is one thing. The car as your favored child is another.

Like usual, we were on a time crunch and got the job done just as my wife was starting to hint to us that it was time to clean up and get ready to leave. We had enough time to fire the car up and listen for noises/other weirdness but no time to actually cruise the thing. It poured buckets on Sunday so there was no point in heading out to do smokey water burnouts. I told him if the weather was OK when he got off the school bus today, we’d go terrorize the town and check out the results of our handiwork. I am pretty sure the kid will be staring at the clock from the second his fanny hits the seat this morning.

The underlying message here is that as many people sit around and bemoan the fact that “kids just don’t like cars anymore” they could be helping to fix that problem. Hot rodders are built not born. There’s a path of self teaching at a later age or there is a path of mentorship at a younger age by friends, family, a neighbor, etc but they are both paths that need to be taken for someone to actually be “into cars”. For every kid that touches a rocker arm, maybe 2 of ten actually get the hook set in their arm and become full tilt car freaks. That may not seem like much but it is infinitely (literally) better than the alternative, which is zero.

With any luck, by the time you read this, Tom and I will be out cruising and listening for any noises out of our new rocker arms, because that’s what hot rodders do…and we both are. 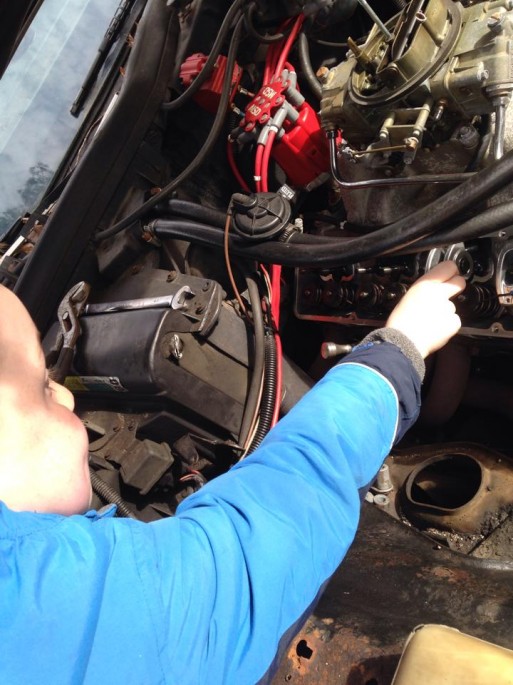 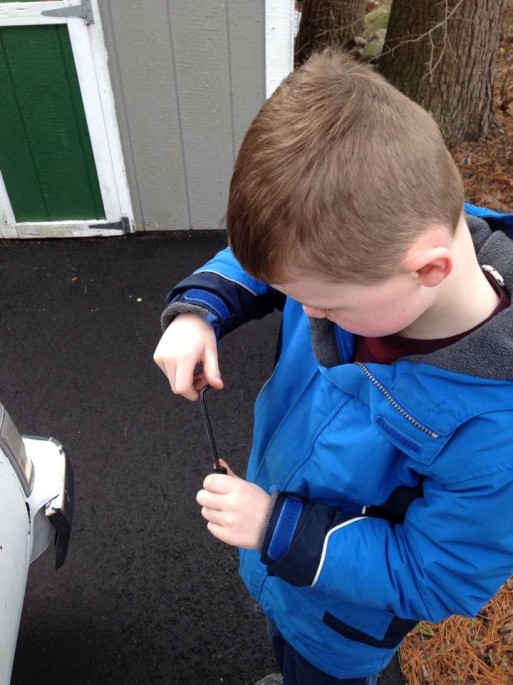 15 thoughts on “Barnstormin’: Necessity Is The Mother Of Addiction”