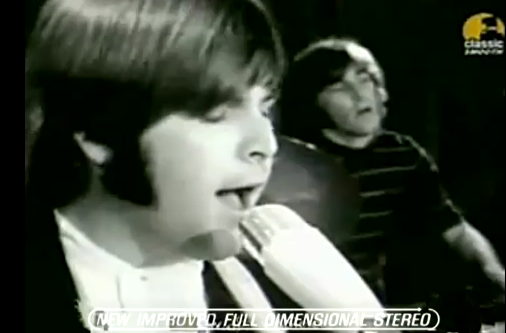 Today’s BS Daily Tune up isn’t a car song. I’m highlighting Good Vibrations one of the most influential and awesomely constructed rock and roll songs of all time because it’s my favorite jam. I had the good fortune to see the Beach Boys reunion tour last summer on two occasions and both times they performed this song live with a massive backing band. It was freaking awesome. As good as that experience was, it really must have been something to see the song performed with the late Carl and Dennis Wilson on stage.

Good Vibrations is considered Brian Wilson’s masterwork and it is an amazing modern classic. It has been hailed as a “pocket symphony” and manages to cram all of its greatness into a little over four minutes. It doesn’t ramble on for 10 minutes which is part of the song’s genius in my book. Every last inch of it was obsessed over, recorded, re-recorded, analyzed, and finally put into the final product. I have read that the band recorded more than 90-hours of tape to come up with the final piece.

The song became the third number one single for the Beach Boys and it was their first million seller. It ruled the European charts as well. It is listed very near the top of every list of important rock songs and pop music. From the weird sounding Electro-Theremin, to the use of a cello, the amazing harmonies, and odd lyrics, this is pure genius from the first note to the last. If I were stranded on an island with one song to listen to and it was Good Vibrations, I’d be entertained for years.

We’ll be back to car tunes tomorrow, but today we’re just highlighting one of the greatest rock songs ever made – Good Vibrations – Press play to hear the tune!