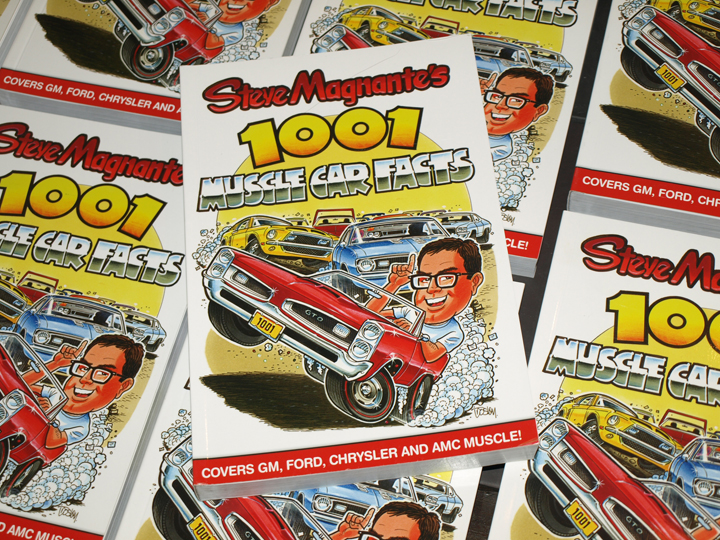 When Steve Magnante recently told me that he had a muscle car facts book coming out, I was both excited and a little worried. Being a guy who reads lots of lots of books, many of which are about muscle cars, I knew that there tended to be so much overlap between them that often this tomes become a “seen one and you’ve seen them all” type situation. My worrying about Steve’s book was foolhardy though as Magnante is one of the foremost muscle car guys on planet Earth and a dude who know more junk about more junk than anyone I’ve ever encountered. Simply put, this is the muscle cars facts book you want to own. It blows the doors off of the others with its unique insight, cool stories, and avoidance of all the “regular” facts that you’ve encountered in the other books. In a sea of these types of publications, this is an island of awesome.

Magneto’s book is broken into manufacturer chapters so there’s one for GM (all brands), Ford (and Mercury), Chrysler (Plymouth, Dodge, Chrysler), AMC, and (get this!) Studebaker. Each of the divisions of the book hones in on those specific makes and talks about their quirks, uniqueness,  and performance heritage. How much cool detail are we talking about? Here’s an excerpt from the Pontiac section of the book:

Fact 144: 1964 GTOs built prior to December 19, 1963, lack the heavy-duty valvesprings originally specified and were not able to reach engine speeds as high as later engines. According to Pontiac documents, the superior springs are quickly identified by their .170-inch outside wire diameter and with a pair of yellow paint stripes. How the standard .162-inch valvesprings found their way onto early GTO engines is unknown. Pontiac rectified the valvespring issue starting with engine number 190810.

From stuff like that about hard parts to information about options and option codes you never knew existed, performance numbers and testing, celebrity tie ins to various cars, and on and on, this book is one heck of a cool read. As each “fact” is presented in a paragraph or two, it makes for quick moving as well and the book can be easily picked up and put down as you want to cruise through it. (For those of you that read in the “office” this is a PERFECT format!)

I’m giving Steve Magnante’s 1001 Muscle Car Facts three thumbs up because it is entertaining, informative, and compelling to read. It is NOT the same old stuff. Steve really put a lot of work into this thing and it shows. Very few new books about old cars can actually teach you stuff that you never knew. This is one of those books. Scoop a copy up today, it is worth every penny. 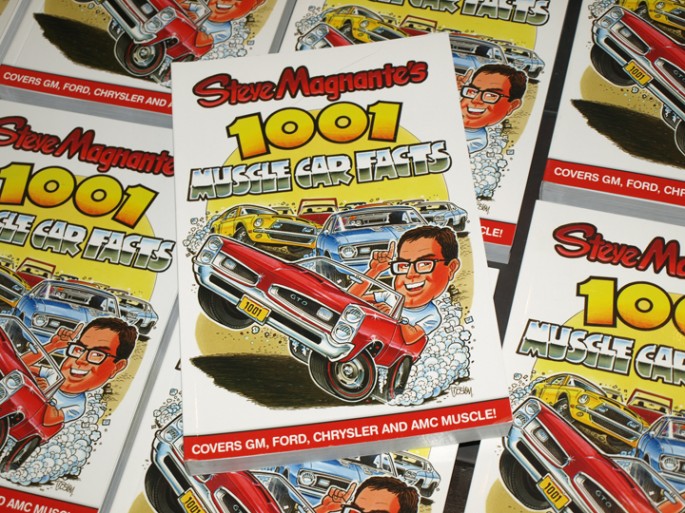